During its research into the spiritual dimension, especially over the last decade, SSRF has recorded and documented many cases of an unusual phenomenon, one of cuts and tears appearing spontaneously. They have appeared on various items associated with the spread of Spirituality or those belonging to seekers associated with SSRF.

The items range from clothes and newspapers to pictures and photographs. In many of these cases the items affected were almost new or hardly used so it  was surprising when the tears and cuts appeared, as there was no rational cause for them.

After studying a number of such cases from diverse backgrounds it was found through spiritual research that these cuts and tears were created by higher level negative energies to spread their black energy. Black energy is a spiritual energy that is the primary weapon of ghosts (demons, devils, negative energies, etc.).

2. Various types of tears and cuts

In the following slideshow we present a few examples of the various types of tears and cuts created by negative energies. 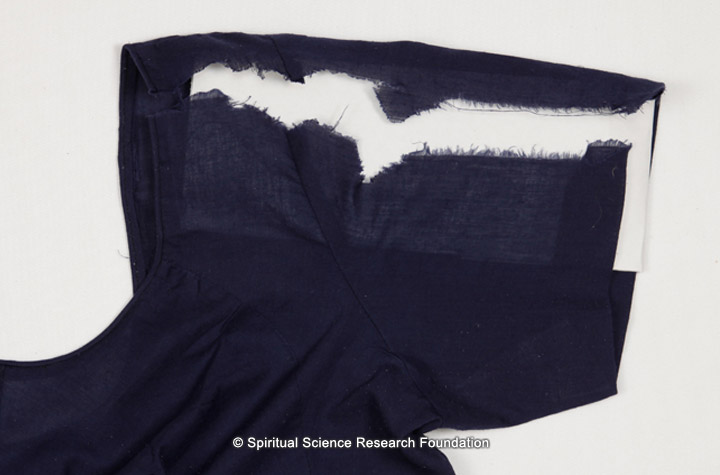 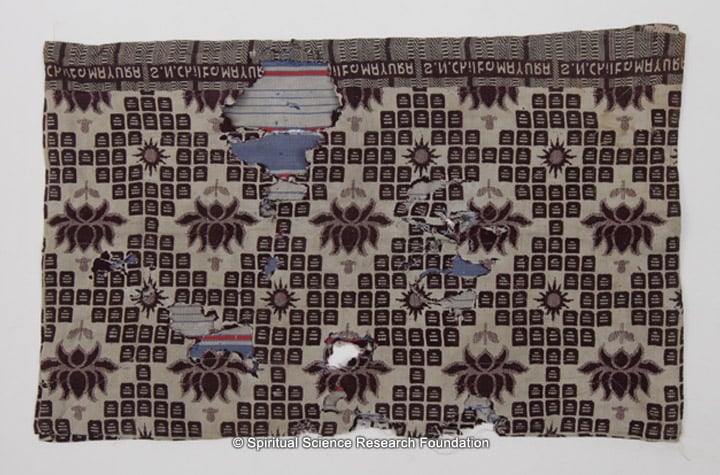 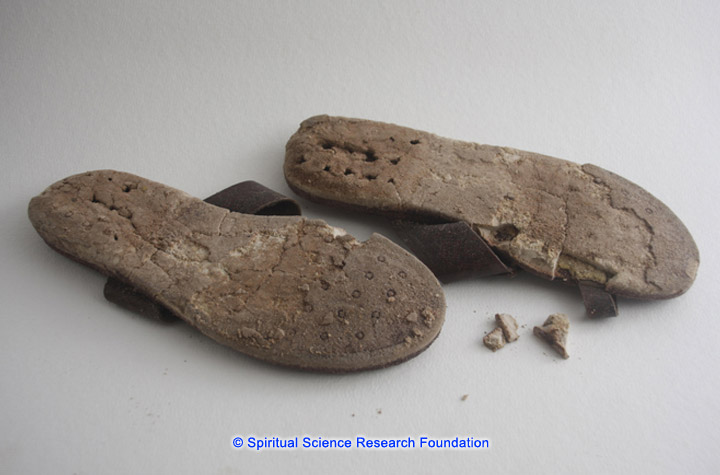 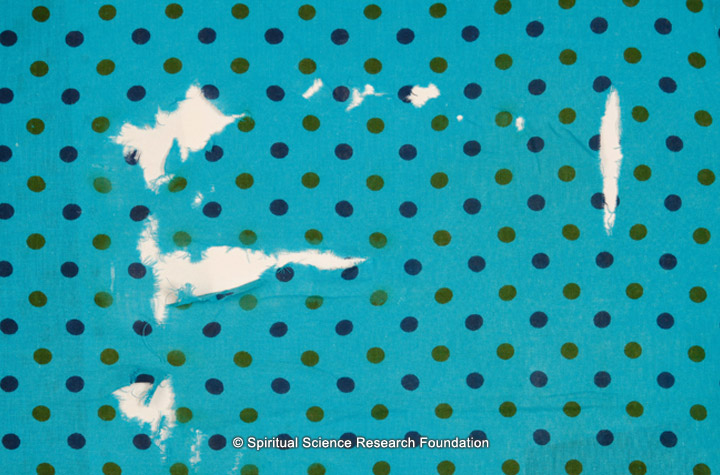 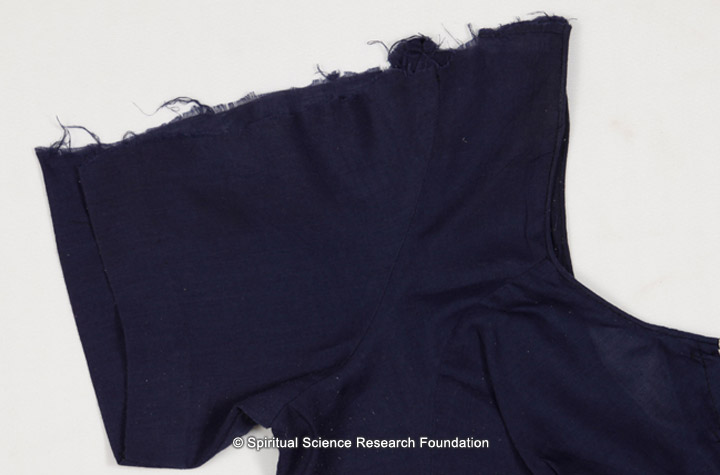 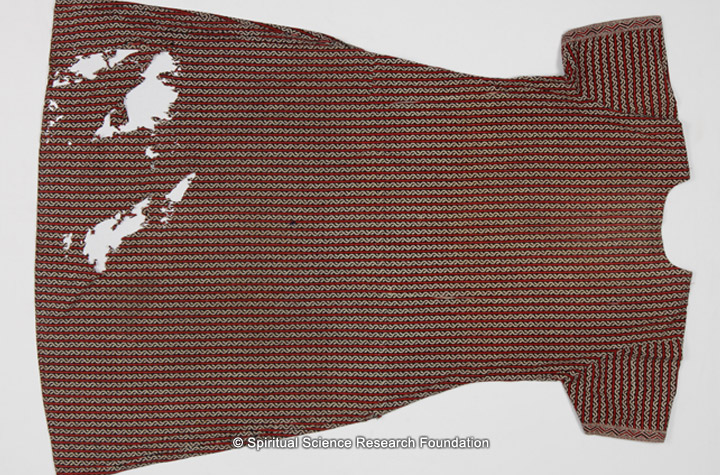 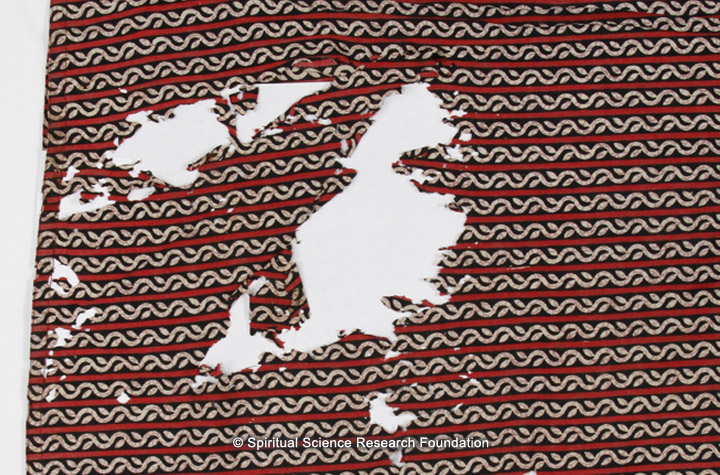 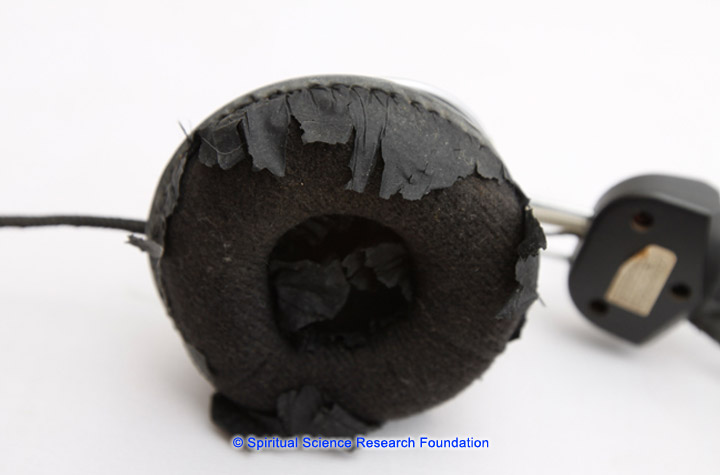 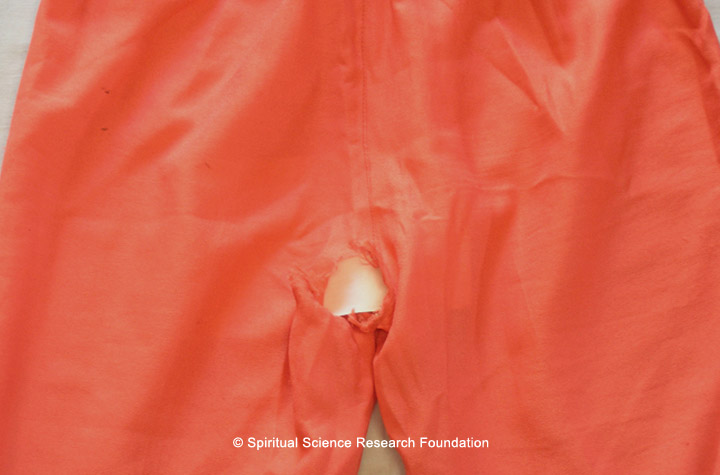 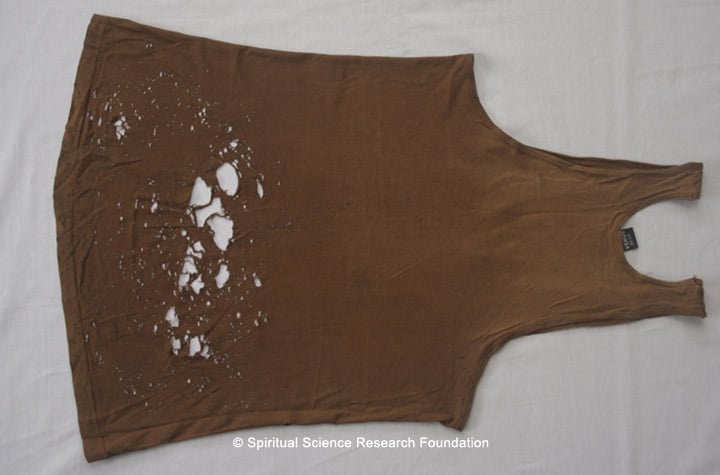 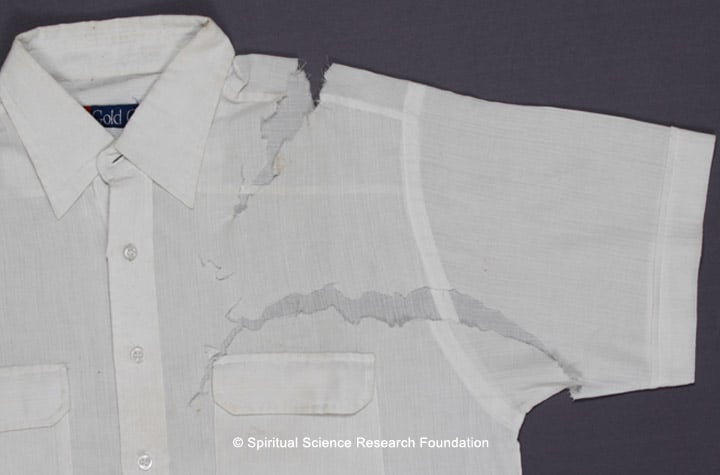 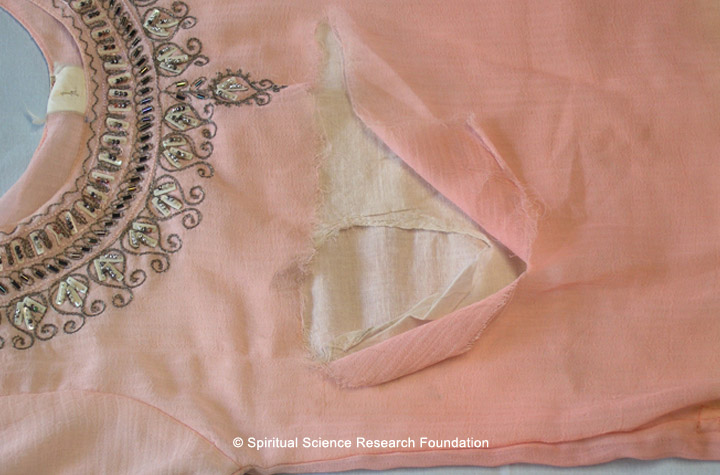 3. Key features of the tears and cuts created by negative energies

3.1 Why do negative energies create tears and cuts?

The reasons why higher level negative energies create various disfigurations like holes, cuts, tears or scratches has been explained in the article An introduction to horrifying supernatural encounters.

Any attack by negative energies is primarily done to spread black energy and thereby increase the Tama component in the person, object or the atmosphere at a spiritual level.

Any item that is whole (with no cuts, tears or holes) is capable of functioning at an optimal level. By attacking an item, negative energies try to generate distressing vibrations. They are able to do this more easily by breaking the integrity or the wholeness of the item. Through this, not only the item’s capability to function or serve its purpose is reduced but also the person using that item is affected by the black energy emitting from the malformation.

Through such attacks, negative energies try to achieve any or all of the following:

3.2 Mechanism of the attack

In order to create tears and cuts by subtle-means alone, higher level negative energies make use of the Absolute Cosmic Air element (Vayutattva, Vāyutattva) through their supernatural powers.

Attacks on ordinary items are mainly carried out by inferior level subtle-sorcerers whereas items emitting sāttvik vibrations (for example, a handkerchief used by a Saint) are attacked by superior subtle-sorcerers.This is because more black energy is required to fight the Divine consciousness in the sattvik item.

3.4 Importance of the position or size of the cut or tear

The objective or intention of the attack by negative energies (elaborated under point 3.1) holds 70% importance compared to the position or size of the cut or tear in the item that is being attacked, which holds only 30% importance.

3.5 Effect of tears and cuts created by negative energies

When one is attacked through tears and cuts, one may experience distress at various levels:

4. Example of an item torn by negative energies through subtle-means

Below is an example of an item torn by a negative energy through subtle-means.

The subtle-drawing depicts the attacking entity (a demon) drawn by Mrs. Yoya Vallee, a seeker with advanced sixth sense who has the ability to perceive the spiritual dimension and draw it.

The photograph shows the garment that was attacked – with two long parallel tears made by the attacking demon who swooped down and tore it through subtle-means. The demon was acting under the orders of a higher level negative energy from the 4th Region of Hell.

A special feature of this torn garment is that the inside lining is also torn. Apart from this, a yellow stain has appeared on the right-hand side of the collar. 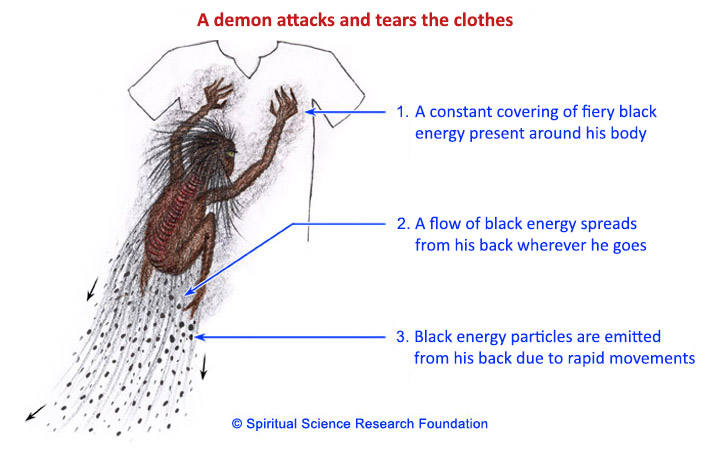 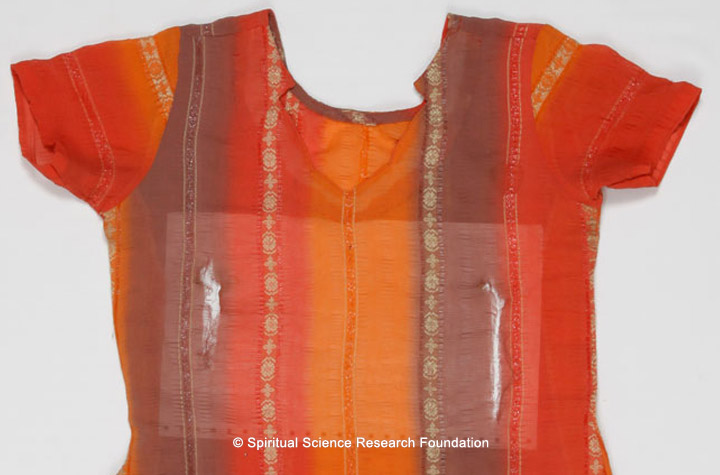 1. Place and description of tear

Process of mutilating the kurta (tunic) through the subtle-dimension:

The demon flew in the air, swooped down on the garment and tore it with his sharp nails.

5. Tears created by negative energies manifesting in a person compared to tears created through subtle-means

Occasionally, a negative energy possessing a person will manifest itself through that person. This often happens during spiritual healing sessions due to the presence of a sattvik stimulus. There have been instances when such manifesting negative entities have deliberately torn an item such as a piece of clothing. The energy required by the negative energy to attack an item through manifestation in a person is much less than that required for tears created through subtle-means.

6. How to protect oneself from the adverse effects of an attack?

The best way to protect oneself against attacks of negative energies is to increase spiritual practice as per the six basic principles of Spirituality.

Along with the above one can also regularly take spiritual healing measures such as lighting incense sticks, applying Holy ash, drinking Holy water, doing the salt water treatment, etc. The benefit one derives from these measures however will also depend on various factors like spiritual emotion, the spiritual level of the person, the strength of the attack and other aspects.