Every human being with a curious mind who wants to explore the spiritual dimension.

3. Video about us – Live an Aware Life

[Music in the video is courtesy Steven Burgess (www.aquadio.com) and others]

4. Our inspiration and how it all began 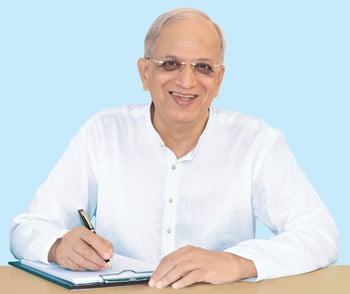 The Spiritual Science Research Foundation (SSRF) was founded with the blessings of His Holiness Dr. Jayant Balaji Athavale. H.H. Dr. Athavale was by profession a Consultant Clinical Hypnotherapist from Mumbai, India. He had undertaken extensive research on clinical hypnosis both in India and overseas when He was in Britain for seven years from 1971 to 1978. During His medical practice, He observed that He had an excellent cure rate of 70%. However, 30% of His patients did not recover completely. After a while, He learned that some of these patients with whom He had very little success, had recovered after adopting spiritual remedies such as visiting sacred places, remaining in the holy company of spiritually evolved people (Saints) or performing certain religious rituals.

Even though H.H. Dr. Athavale was an atheist at that time, this phenomenon intrigued Him and prompted Him to take steps to understand the reasons behind these cures. He visited Saints from different spiritual paths all over India. He asked them questions about the theory as well as the practice of the science of Spirituality and meticulously recorded the answers. Slowly, He began to realise that the science of Spirituality was far superior to physical and psychological science. Medical sciences are limited in dealing with the physical aspect and to some small extent the psychological aspect of the patient, but this leaves out the entire spiritual dimension. The Saints told Him that Spirituality is not a science which can be learnt merely from reading books, but from practising it. H.H. Dr. Athavale was ready to do anything to learn this science that would cure his patients. So He did exactly what the Saints told Him to do, that is, He started spiritual practice under the guidance of Saints. As a result of this, He was graced with the attainment of His Guru (spiritual master and guide) His Holiness Bhaktaraj Maharaj. 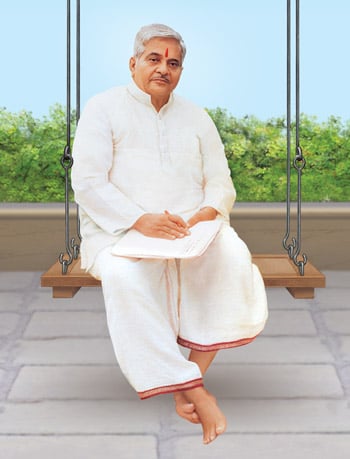 Subsequently, He began to propagate this knowledge by giving lectures on the science of Spirituality. The subject was put forward in such a simple, scientific and pragmatic manner that people started to practise Spirituality and found an immediate benefit in their lives.When He used the spiritual techniques that He had learnt on His patients, He noticed that there was an immediate enhanced cure rate. He also realised that the science of Spirituality was not limited to only helping His patients, but it was a science that would help humanity at large. The reason for this is that there are spiritual causes behind not just illnesses of patients, but also behind all major events and most problems in life.

From 1985 onwards, H.H. Dr. Athavale has worked tirelessly in the field of Spirituality to share with humanity, His research into the understanding of the spiritual dimension using a scientific approach. With His blessings, we present His scientific findings over the years in a simple language that can be understood by all. We have used graphs, diagrams and tables extensively to explain concepts of the science.

This website is run on a voluntary basis by a number of seekers of God from different faiths who have been guided by H.H. Dr. Athavale and who have experienced the science of Spirituality first hand.