Over the course of our spiritual research using modern equipment, we found that the role of equipment by itself as a research tool was limited. For example, in the experiment to test the effect of non-vegetarian and vegetarian food on the Kundalini (Kunḍalinī) chakrās (spiritual energy centres) of seekers with and without negative energy distress, we found that 80% of subjects without negative energy distress and 100% of subjects with distress showed an improvement in the activity of their chakrās after consuming non-vegetarian food.

Interestingly, the input from our subtle-knowledge section using advanced sixth sense showed us that the reasons for the improvement in the two categories of seekers were very different.

In the case of the seekers without distress, the increased activity of the chakrās was because they were activated in preparedness to fight against distressing vibrations emanating from the non-vegetarian food.

Conversely, in the case of seekers with negative energy distress, the negative energy centres created by subtle-sorcerers (mantrik, māntrik) in the upper chakrās were activated to readily absorb the Tama subtle basic component in the non-vegetarian food.

2. Commentary by the subtle-knowledge section 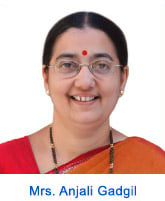 Our subtle-knowledge section did a subtle-analysis of the readings of all the experiments. Their subtle-analysis showed that at times, as in the example described above, the underlying reasons for two similar readings provided by the equipment were diametrically opposite. However, the modern scientific world recognises similar readings as similar events. From this perspective, the subtle-knowledge section explained the limitation of scientific equipment in research and their role in day-to-day life as diagnostic tools.

2.1 Only a spiritually evolved person can comprehend the reason underlying a certain reading

Equipment can give information that is about 30% accurate and helps us draw inferences only at a gross level, for example, that the chakrās are inactive. However, the underlying reason for the inactivity of the chakrās can be known only by a spiritually evolved person.

Taking decisions based solely on the readings provided by the equipment is akin to treating a person’s illness at the symptomatic level without considering the vitally important root cause of the illness. If we are able to determine the root cause of any given problem, then we can apply the appropriate remedies and remove the problem in its entirety. If we find the root causes using both the gross information available with the help of the equipment, and subtle-analysis, we can apply remedies at the appropriate levels so that the root spiritual cause can be removed completely. Spiritual science prescribes remedies which have the capacity to draw Divine consciousness (Chaitanya) towards the patient. This Divine consciousness effectively works on the spiritual root cause of the problem. Thus, ultimately only the science of Spirituality can give remedies that are 100% effective, for all problems. Otherwise it is apparent that if inferences are drawn only at the gross level relying on modern science alone, they prove to be misleading and quite worthless.

2.2 Inability of the equipment to record readings from moment to moment

Since the overall sattvikta (sāttviktā) in society increases due to the efforts of a seeker actively doing spiritual practice for the spread of Spirituality (samashti sadhana, samashṭi sādhanā), negative energies (ghosts, demons, devils etc.)  in the environment are adversely affected. That is why to protect themselves, the negative energies (ghosts, demons, devils etc.) oppose the seeker by attacking him continually with Raja-Tama. As a result, his body becomes like a battlefield. There are numerous ways his physical body, mind and intellect can be affected at any given moment. To be able to help him, ideally we would have to note the specific nature of attack and its resultant effect on him at the precise time that it occurs.  For this, it is important that equipment readings be taken continuously. Remedies should then be given as per the problem at that moment. This is not possible practically as it is difficult to take readings with any equipment regarding the considerable fluctuations happening every other second. As a result, the ability to determine the specific problem at that moment is severely hampered, in turn making the likelihood of finding an appropriate remedy and solution very low. This is the limitation of modern science. 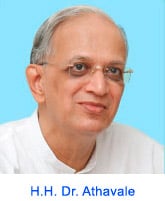 There are many types of equipment available that can detect the causes behind physical and mental illnesses. For example, an abdominal ultrasound done in a person having severe stomach ache can reveal a kidney stone and thus contribute towards the decision on treatment. However, they can only give information on the illness and its gross findings. The subtle reason behind every illness, for example, distress due to higher level negative energies, destiny, etc. cannot be revealed by the equipment. Only after doing spiritual practice and getting knowledge of regions afterlife up to the seventh region of Hell (Patal, Pātāl), can we know all the reasons. Hence doing spiritual practice is the only remedy for any illness!

Rather than doing spiritual practice temporarily purely as a spiritual healing remedy with the only intention of rooting out the spiritual cause of the problem, it is far more prudent to invest in ongoing spiritual practice. If we do so, the possibility of a problem can either be bypassed or its intensity can be allayed or reduced.