1. Experiencing spiritual emotion in the presence of His Holiness Dr Athavale 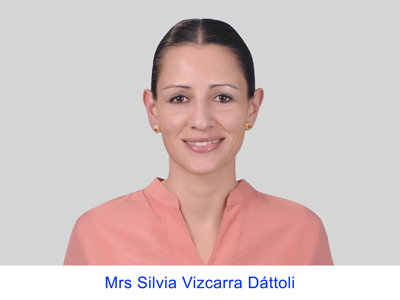 In August 2015, I had an opportunity to be in a satsang with His Holiness Dr Athavale. During the course of the satsang He asked me to say something, but somehow, I could not. He immediately said that this was due to spiritual emotion (bhāv) manifesting in me. I was overwhelmed with joy and gratitude as I had thought that I would never experience it. I felt an indescribable pleasant energy in my throat and heart regions. I also felt like my mind was getting emptied and I felt much lighter and more enthusiastic about spiritual practice.

2. Personality changes after receiving encouragement from His Holiness Dr Athavale

I have had low self-esteem as long as I can remember. I would frequently blame myself in different situations, have negative thoughts about myself and I would generally feel unhappy and guilty.

After starting spiritual practice under the guidance of SSRF, I learned the personality defect removal and ego removal processes. This helped me to understand that my negative state of mind was due to personality defects such as expectations, insecurity and fear. I began to realize that these defects were like a big wall blocking me from being my true self.

I felt I was no good due to having these defects. After some time in August 2015, I had the opportunity to be in a satsang with His Holiness Dr Athavale. To my surprise, He asked seekers in the room to share qualities they observed in me during the satsang. I was in disbelief as seekers shared different qualities they had observed and I felt like they were speaking about someone else. I felt spiritual love (Prīti) from His Holiness Dr Athavale and seekers. I began to realize for the first time that the negative image I had of myself was not real. From that point on, the big wall of defects and ego began to break into pieces and with continued efforts in personality defect removal and ego removal, I am able to see myself with new eyes.

3. Conquering the mountain of fear due to the guidance of His Holiness Dr Athavale

Usually I would fear speaking in public or voicing my opinion and I would also worry about what others think of me. I felt like this was a big mountain ahead that I was unable to face.

As I made efforts to put into practice different aspects of spiritual practice such as removing defects and ego, developing spiritual emotion and rendering service to God (satsēvā), I realized that these struggles began to reduce as I went on facing them. In January 2017, I had the opportunity to be in the satsang of His Holiness Dr Athavale again. During this satsang, He said “You will be able to overcome insecurity and fear”.

​​Six months later, we held a lecture in La Paz, Bolivia about Spirituality. Although I was nervous, I was able to face it. In addition, whenever I spoke, there was an unusual flow of confidence and clarity. Usually, I experience turmoil inside and I feel like running away when faced with public speaking, but this time I felt the opposite. Whenever nervousness arose, a strong force from within helped me to ignore it and go ahead.

Now whenever my mind wishes to go into negative thinking, insecurity or fear, His Holiness Dr. Athavale’s reassurance comes to my mind with great power. Then, I have a feeling that if a mountain comes in the way I will be able to conquer it and reach the top.​

​Due to practising Spirituality under the guidance of His Holiness Dr. Athavale, qualities such as confidence, stability and faith are developing inside. I feel negative thoughts are turning ​into positive thoughts much faster. Having a positive mind gives me glimpses of what a blissful state could be like.

I express sincere gratitude to His Holiness Dr. Athavale for His love and unique guidance that have resulted in my transformation and spiritual growth.​