Subtle experiment – Are some fonts better than others?

Did you know that some fonts emit spiritually pure vibrations while some can emit negative vibrations?

Key findings in differences in languages and scripts

Note: To see all the articles in this series – click here.  In relation to just visually observing Sanskrit text, the following were some key findings : Out of 4 languages tested (i.e., English, Hindi, Marathi and Sanskrit) using a PIP instrument, Sanskrit text was found to have the most positive vibrations. In performing these … END_OF_DOCUMENT_TOKEN_TO_BE_REPLACED

Comparison of numerals in languages and effect of fonts

To see all the articles in this series – click here. 1. Background and purpose of the experiment In this experiment using the PIP instrument, we compared numerals in Latin and Devanagari script. Here too, the colours generated from the vibrations from the number two in Sanskrit (Devanagari script) showed better vibrations than its Latin-English … END_OF_DOCUMENT_TOKEN_TO_BE_REPLACED 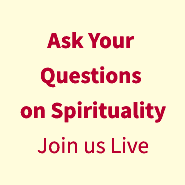