In this experiment using the PIP instrument, we compared numerals in Latin and Devanagari script. Here too, the colours generated from the vibrations from the number two in Sanskrit (Devanagari script) showed better vibrations than its Latin-English counterpart. However, we added one more dimension to the experiment.

If we changed the font style of the Devanagari script, could we access better vibrations from the numeral? The answer was in the affirmative. Let’s have a look at the PIP images below taken from each of the characters representing the same numeral.

A) Baseline reading – a blank piece of paper

The image below represents a baseline reading of all the vibrations seen around a blank white board. 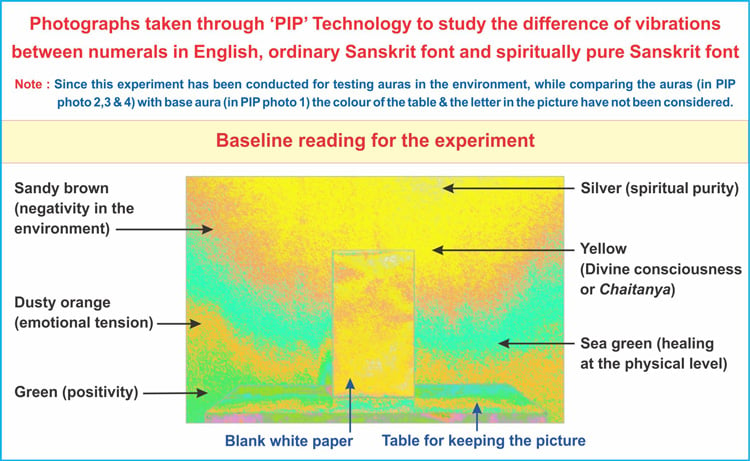 B) Vibrations emitted by the numeral 2 in English (Latin script)

On placing the English numeral two, the sandy brown colour in the PIP image is seen to increase which indicates an increase in negativity. The proportion of the colour yellow signifying positivity also is seen to reduce.

When we placed the Sanskrit numeral two in a standard commercially available font, we saw an increase in the positivity as compared to the English numeral 2. The proportion of yellow colour has more than doubled, while the sandy brown colour indicating negativity has halved.

D) Vibrations emitted by the numeral two in Sanskrit (Devanagari script) using a font especially developed at the Maharshi University of Spirituality.

After this, we placed the Sanskrit numeral two in a font style which has been designed at the Maharshi University of Spirituality to emit better spiritual vibrations or increased sattvikta. As expected, we saw a further increase in positivity over the normal font. Silver colour indicating positivity is seen in a higher proportion. Sandy brown and dusty orange indicating negativity has reduced significantly. 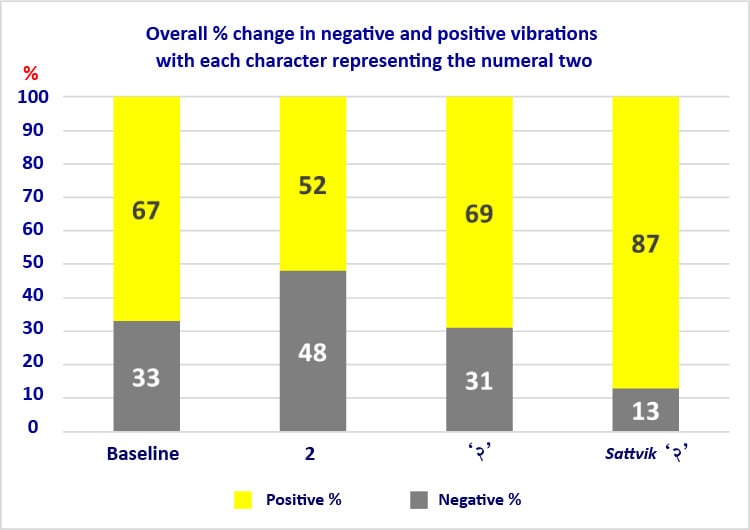 In the chart below, we have gone into greater detail as to how the percentage of each colour changed in the PIP image with each character. Please note that we have excluded the table and the object from the measurement of the % area of colours in the image. 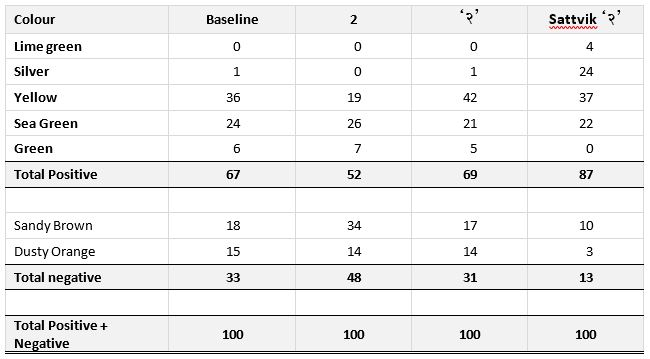