Following the experiment on translated matter, the next thought that came to our minds was whether script matters. Phonetics is a branch of linguistics that comprises the study of the sounds of human speech. Does phonetics and the actual script or letter or shape that represents that sound matter?

For example, in English the letter ‘A’ represents the sound ‘ey’ and in the Devanagari script which is used to write Sanskrit, the same sound is represented by the character ‘ए‘.

We carried out a simple experiment to see if the shape of the letter that represents a particular sound in different languages (namely English and Sanskrit) makes a difference.

We used the PIP to measure the vibrations around ‘A’ and ‘ए‘.

Using the same methodology as in the previous experiment, we started with obtaining a baseline reading with a blank white paper mounted on a white wooden board. The below picture shows the vibrations present around the blank piece of paper. In the PIP image below, we have marked the meaning of the various colours. 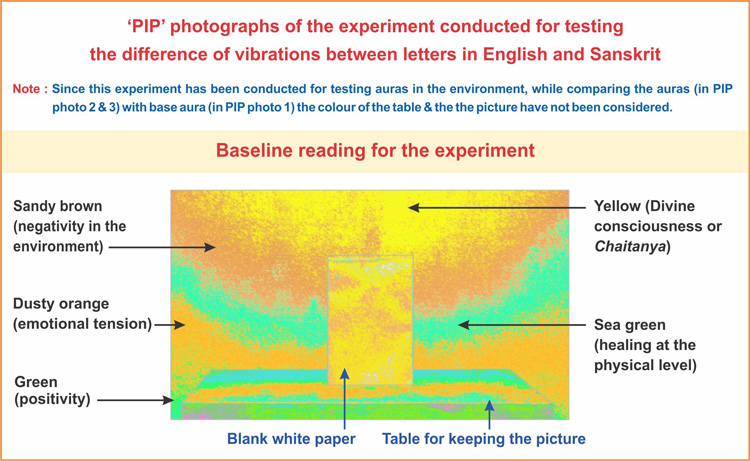 B) Vibrations emitted from the character ‘A’ in English

Replacing the blank piece of paper with the English alphabet ‘A’, we took another reading. We immediately observed that the sandy brown colour (indicating negativity in the environment) increased.

Please note: Between each new reading, we allow some time to let the vibrations in the room to revert back to their original baseline state (as seen in the PIP) before we place the new object to be measured.

C) Vibrations emitted from the character ‘ए ‘ in Sanskrit

After the vibrations steadied around the character ‘A’, we proceeded to measure the letter with the sound ‘ey‘ in the Devanagari script represented by the character ‘ए’. Immediately we saw that the vibrations began to change. We saw a significant increase in positive colours yellow along with silver and a reduction in negative colours such as sandy brown and dusty orange.

D) Vibrations emitted from the character ‘अ’ in Sanskrit

The Devanagari script letters had a higher proportion of positive vibrations as compared to the baseline reading and the Latin script letters. 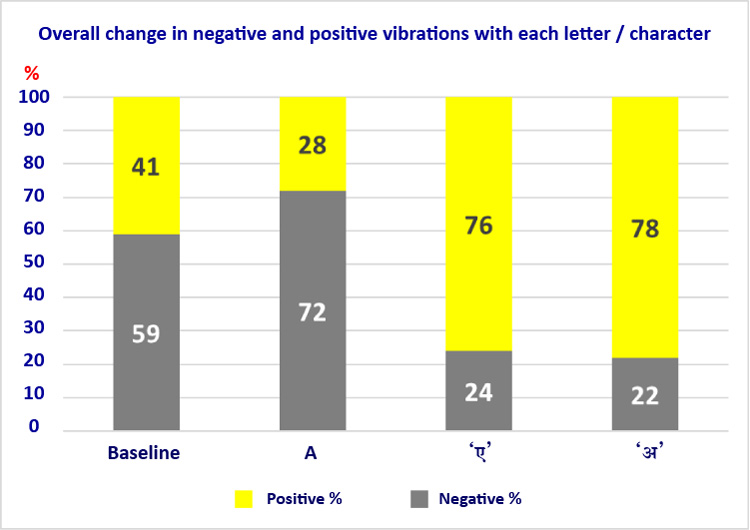 In the below table, we have gone into greater detail as to how the percentage of each colour in the PIP image changed with each character. Please note we have excluded the table and the object from the calculation of % area of colours in the PIP image that was analysed. 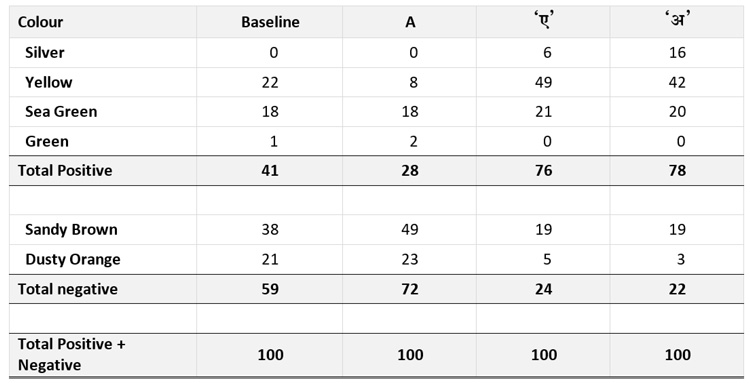 Subtle pictures of the characters based as experience through sixth sense 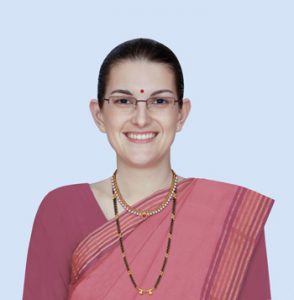 Mrs Yoya Vallee from Europe is a part of the spiritual research team at the Maharshi University of Spirituality. Her hearing and speech are impaired. Even so, she has an advanced sixth sense of vision and can experience spiritual vibrations that an average person is not able to feel. Using her special ability, she drew the vibrations that she experienced around the letter ‘A’ and ‘अ’. Below, we have provided the subtle pictures drawn by her which clearly show that shape of the letter ‘अ’ is more spiritually positive than the shape of the letter ‘A’. Her readings were in accordance with what we previously observed in the PIP images of the letters. 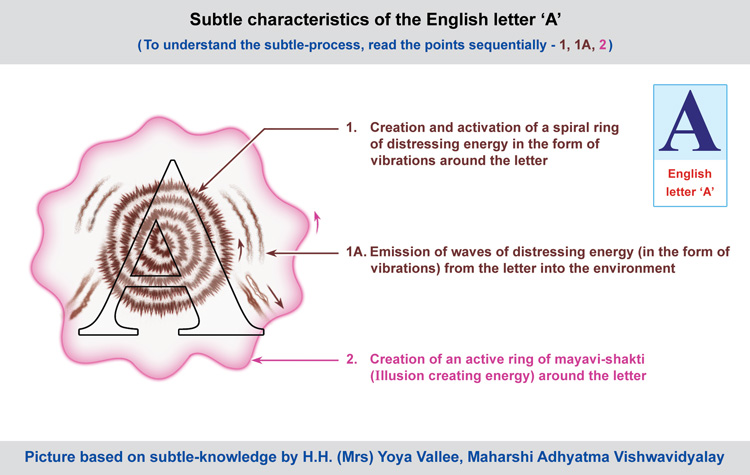 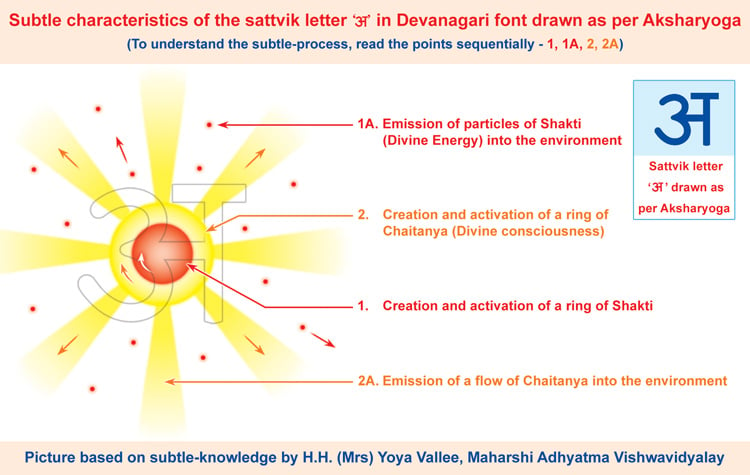