1. Introduction to the case study of overeating 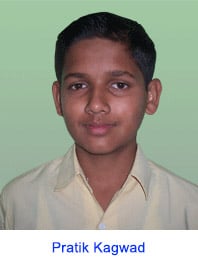 In July 2003, at the age of thirteen, Pratik’s eating habits began to change noticeably over a period of a month. The volume of food that he consumed dramatically increased and he kept eating throughout the day. Even immediately after a hearty meal he would ask for food again. Initially he would eat normally for his age, but now it was more than double the normal volume. Sometimes even in the night he would get up to eat. Initially while his mother and grandmother expressed concern over this sudden change, it was largely ignored by the rest of the family as they attributed it to him being a growing teenager.

Pratik’s grandmother would try to explain to him lovingly and sometimes sternly about his overeating habit. On a number of occasions she tried to discipline him to eat an amount commensurate with his age. He would sincerely try to listen but eventually used to give in to his desire to eat. Once he said, “I cannot stop my overeating even though I know it is not right. As soon as I see or think of food I cannot control myself.” His mother tried her best to reduce his habit of overeating by reasoning with him. As all attempts to reason with him failed, she finally resorted to hiding food from him.

As time went by it became evident to the whole family that his eating was really abnormal. Pratik would get upset hearing others talk about his overeating, but he still just could not control himself. He then began to eat secretly. This upset his mother and grandmother even more and they felt helpless in overcoming Pratik’s problem. Over a period of a year Pratik’s weight increased by some 12 kgs.

Another thing that changed was that initially Pratik would sit and chant the Name of God but as his overeating habit picked up, he ceased doing any spiritual practice.

3. Diagnosis of Pratik’s overeating habit by the subtle department of SSRF

About a year into his habit of compulsive overeating Pratik’s aunt came to visit the family. His aunt, Ms. Maya Patil was part of SSRF’s subtle perception department. When she saw Pratik’s incessant need for food she realised something was amiss. On taking a subtle-reading the she advised Pratik’s mother that the root cause was spiritual in nature. A departed ancestor of their family was causing the problem.

Refer to section 5 which explains this spiritual cause in more detail. Also refer to our section on ‘what is spiritual research’.

On taking a subtle-reading it was clear that the food consumed by him was in fact not being utilised by him. He was advised to make the following prayer.

“Let me consume food only as per Pratik’s desire and requirement. Let no ghost use me as a medium to satisfy its desire for food.”

Along with this they also told him to resume his spiritual practice of chanting the Name of God. Pratik sincerely implemented this with immediate effect. That afternoon itself there was a 50% reduction in his habit of overeating. In the next two days, there was a further 30% reduction. For the first time in many months Pratik felt satiated after his meals and his urge for more food reduced. Within 4 days his abnormal eating stopped completely.

Spiritual research into the causes of compulsive overeating and binging on food from time to time, are as follows:

In the absence of access to subtle-knowledge we can safely conclude that the cause of overeating is most likely to be spiritual after physical and psychological causes have been ruled out. When a ghost or departed ancestor begins to eat through the person that they have possessed, the person can become a voracious eater.

The following also need to be kept in mind

Unless one is aware of these nuances, has knowledge about the spiritual dimension and has an activated sixth sense, one can easily make an incorrect diagnosis that the cause of the problem is physical or psychological.

Most of the time the change in eating habits is gradual as the ghost does not want to attract attention. However, it could also be a sudden change of eating habit. If a person who prefers non-spicy food suddenly changes his eating habits and craves spicy food it could well be a clue that the cause behind the change is spiritual nature. Quite often even a person binging on food once in a while could be being taken advantage of by a ghost or departed ancestor.

5.1 Why do some possessed people not put on weight despite overeating?

6. What can be done to reduce overeating if the cause is spiritual?

The above case study is an indicator of the importance of having access to subtle-knowledge from the perspective of having accurate and instant diagnosis to a problem. In Pratik’s case, if he did not get a visit from his aunt who had an activated sixth sense to tell him that the problem was spiritual, he could well have spent many years fighting the problem of compulsive eating and doing the rounds of consultants in medicine and psychiatry with limited benefits to him. This would have amounted to a waste of time, effort and money, with limited to no benefit to him. This case also shows the importance of regular spiritual practice from the perspective of: