In this case study, we describe how a higher level ghost who was possessing a seeker, manifested during a spiritual healing session and ripped apart the shirt of a seeker who was recording the event on video camera. This incident has been narrated by Mr. Gurudas Khandeparkar. 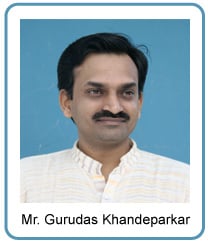 Mr. Gurudas Khandeparkar from Goa, India has been doing spiritual practice under the guidance of SSRF since 2000. During the earlier years of his spiritual practice, Gurudas sculpted idols of Shrī Ganēsh as part of his Service unto the Absolute Truth (satsēvā) in the Arts department of SSRF. Over the last 9 years, Gurudas has devoted himself completely towards the spread of spirituality.

Click here to learn more about the idol of Shri Ganesh sculpted by Mr. Gurudas Khandeparkar.

A sattvik idol sculpted as per spiritual science

Mr. Gurudas Khandeparkar has been practising spirituality through the path of sculpting. As part of his spiritual practice he has sculpted this idol of Lord Ganesh. 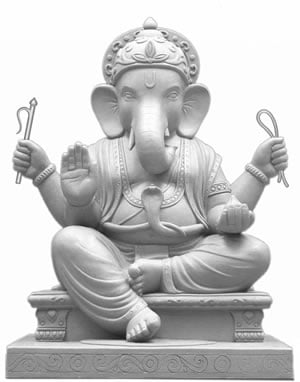 In this current era of Kaliyuga, an idol can attract a maximum 30% Divine Consciousness (Chaitanya) of that particular Divine principle. Most idols available in the market today have less than 5% of Divine Consciousness. However as a result of his devotion and spiritual efforts, with the grace of Lord Ganesh, this idol has been able to attract 28.3% Divine energy of Lord Ganesh.

During 2004, I was given satseva in the audio-video department of SSRF.  My Service unto the Absolute Truth involved video shooting of the spiritual healing sessions which were held at 7.30 every morning at the SSRF’s spiritual research centre in Goa. These sessions were conducted by Saints and were attended by seekers who were troubled or possessed by ghosts (demons, devils, negative energies, etc).

One day, both myself and my co-seeker Mr. Ashish Sawant were video shooting the sessions as usual. The possessing ghost in one of the seekers manifested suddenly. He seemed quite upset and angry.

Manifestation means exposing or surfacing of a ghost. Here we mean that the ghost’s consciousness is to the fore. During manifestation the behaviour one sees is generally not that of the possessed person, but the possessing entity. The person can be either conscious or not conscious of what is happening but generally has no control over his motor organs.  E.g. at times the person may display extraordinary human strength, etc.

In a fit of anger he caught my kurta (loose cotton shirt), started pulling it and tore it off. The stitching on the right side of the shirt was ripped open. Similarly the left side of the shirt from the sleeve to the pocket was also ripped apart. The tear was about 20 cms long. He also attacked Ashish and tore off his shirt as well. All this happened in front of many witnesses.

The spiritual healing session lasted till 2 in the afternoon. I was continually experiencing pain in the middle part of my hands till 4 in the evening.

3. Pictures of the torn shirt 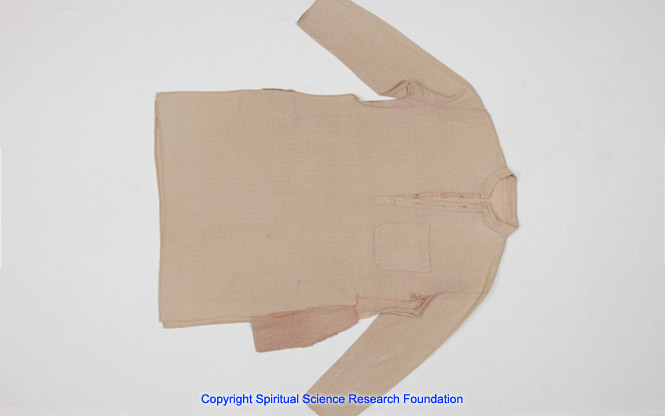 Mr. Gurudas Khandeparkar's shirt that was ripped apart by a negative energy manifesting in another person during a spiritual healing session 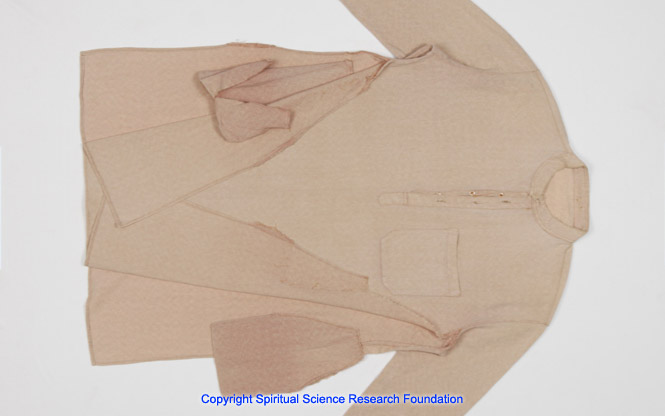 Details of the tears on Mr. Gurudas Khandeparkar's shirt 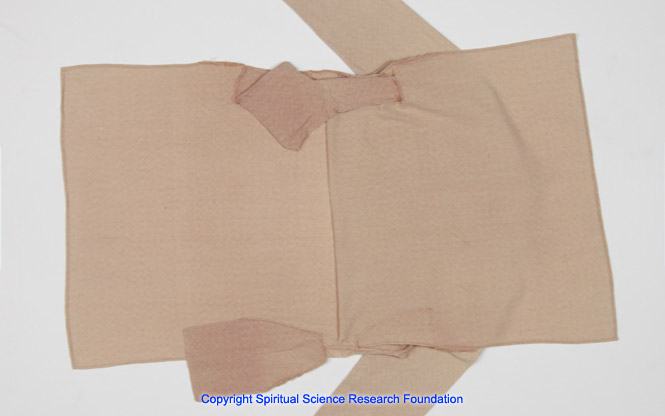 Details of the tears on Mr. Gurudas Khandeparkar's shirt

4. Why do ghosts possess or affect seekers?

There are several reasons why ghosts may possess someone.

However when someone is actively engaged in the spread of spirituality (i.e. is doing service for the collective upliftment of society), ghosts’ intention behind affecting or possessing him or her is generally to stop this person’s attempts in spreading spirituality. This is because when a person undertakes spiritual practice for his own spiritual growth he mainly purifies himself internally. But when the same person does spiritual practice for the sake of collective spiritual upliftment, he not only achieves internal purification but also contributes to increasing the Sattva component in the environment. This increase in the Sattva component troubles ghosts as it is contrary to their Raja-Tama nature. That is why ghosts attack and cause distress to seekers doing spiritual practice for the sake of society (samashṭi sādhanā).

5. Science behind the attack and ghost manifestations

Generally ghosts do not like to manifest unless it is of their own accord. Sometimes they manifest on purpose either to seek attention, to intimidate or to disrupt the spiritual practice of the affected person or seekers of God in the vicinity. They do this either by distracting them or frightening them by manifesting.

At times the possessing ghost is forced to manifest and be exposed, as it is overpowered by a sāttvik influence such as in the case of a spiritual healing session or when its spiritual strength is depleted. The ghosts who manifest in seekers do not like being exposed and thus they get very angry if someone video shoots their manifestation.

Ghosts (negative energies) are Tama predominant. When the ghost possessing a person, comes in contact with someone who is Sattva predominant for example a Saint, it feels quite uncomfortable and distressed. This is because its energy gets sapped due to the sattvik influence of the Saint. This is similar to effect of a flame on a candle.

6. Tears created by a ghost manifesting in a person compared to tears created through subtle means

In our article on the science behind tears and cuts created by negative energies, we have mentioned that the energy required by the negative energy to attack is much less than that required for tears created through subtle means. Hence creating tears in non-living items through a possessed person is an easy way for ghosts to create a similar effect by using less energy.