A fashion show is an event organised for fashion designers to showcase their upcoming line of clothing or accessories. Fashion shows debut every season, particularly the Spring/Summer and Fall/Winter seasons. This is where the latest fashion trends are made. The two most influential fashion weeks are Paris Fashion Week and New York Fashion Week, which are both semiannual events. Also the Milan, London and Berlin Fashion Week are of global importance. In a typical fashion show, models walk the catwalk (runway) dressed in the clothing created by the designer. Occasionally, fashion shows take the form of installations, where the models are static, standing or sitting in a constructed environment. A wide range of contemporary designers tend to produce their shows as theatrical productions with elaborate sets and added elements such as live music or a variety of technological components. (Source: Wikipedia)

The first fashion shows are noted to have started even as early as the 19th century in Paris and later spread to USA and other countries. In the 1970’s and 1980’s fashion shows increased and took place in many cities across the globe. From the year 2000 to today, fashion shows are usually also filmed and appear on specially assigned television channels or even in documentaries. Fashion shows have been telecast on television to many homes and are shown in restaurants, bars, cafes and airports. People sometimes watch the shows intentionally and other times only because the fashion show is being broadcast where they happen to be. In the past few years fashion shows have been increasingly dark and tāmasik. This way fashion shows exert their gross and subtle influence on millions of people in a negative manner. Due to fashion shows and print media, some models have acquired a status of ‘super models’ and are considered to be worldwide celebrities alongside famous movie stars or singers. But in comparison to thousands of young people in the modelling profession, ‘super models’ are extremely rare.

Considering the broad appeal of fashion shows worldwide we decided to research this phenomenon from a spiritual perspective as well.

Fashion designers have, over the years, set a trend that the girls who wear their clothes in fashion shows have to be very slim. Some of them even look anorexic and lack freshness of a healthy body.

Since fashions shows are watched by millions of people, young girls have adopted the thinking that being very slim is beautiful and are trying to imitate and dress up as the models at fashion shows. Some have even developed diseases such as anorexia and bulimia in an effort to remain slim.

Models themselves starve daily to be able to fit into the bodily measurements prescribed by designers and modelling agencies. Due to a hectic lifestyle, especially during the fashion show weeks across the globe, models eat and sleep very little. After awhile, some become ill and have to leave the profession. Also, once a model exceeds the required bodily measurements, his or her modelling career ends.

People who watch fashion shows tend to compare themselves with the models and to desire a life similar to theirs. In most cases this is not possible, and then they become depressed. People fail to realize that the modelling profession is a very difficult one and that behind the fame and glory there is a lifestyle that is not good for any individual.

“What people want is happiness, but Bliss is a far more superlative happiness. It depends what we want – permanent happiness and Bliss or happiness and consequent sorrow? God means Bliss – no sorrow at all.” – His Holiness Dr. Athavale

Since models are usually young and pretty girls or boys, some unrighteous and wealthy people are attracted to them. Some models are lured into the lifestyle of partying, promiscuity, drug abuse and loose behavior. 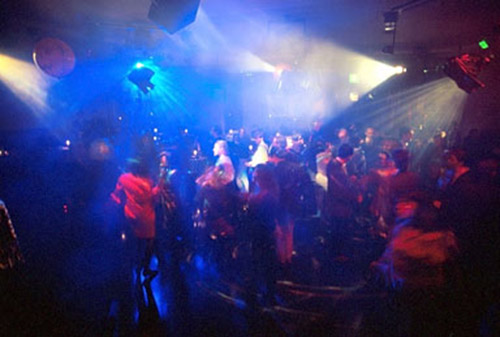 A Club in Milan, Italy

A mother of a model has shared with us:

I was traveling with my daughter who is a model in an effort to be around her in such a morally dangerous profession. One night she wanted to just stop by a club in Milan, Italy, to see how it is inside. She was only 17 and very pure by nature. In order to accompany her and not be too obvious as a mother accompanying a daughter, I also dressed myself as a young person. As soon as we entered the club, I started feeling nausea. The club was full of models and older men preying on them. It made me feel disgusted. Models were drinking, the smell of marijuana was in the air and some models were even engaged in a public sexual act in a remote part of the club. Within 5 minutes my daughter asked me to escort her out and we left the place, never to return again.

Modelling agencies have scouts – people who search for models everywhere in the world. Sometimes scouts reach remote places in countries like Belarus, Russia, Ukraine, Brazil, Argentina, etc in an effort to find a ‘new face’ for the next upcoming fashion week. In some cases, the girls they scout for are as young as 13-14 years of age and they, as well as their parents, are then convinced that the girl will be safe in the hands of the modelling agency. Some girls are so pure that they are totally unaware of the consequences of delving into such a profession, leaving their home and country and living the life of a model. Once the agency takes over, the girls are in a way ‘enslaved’ until they pay all the money they owe to the agency for the test photos, portfolios (modelling book), apartments they stay in, clothes, etc. Sometimes it takes years for a girl to ‘pay back’ this ‘investment’ to the agency. If the models do not receive a lot of good bookings, the agency will lose interest in them and typically they are left on their own. Many girls spend their nights crying for family and feeling lost in the hostile modelling world environment. This leaves a permanent scar on their psyche. Some go back home, tarnished, unhappy and without any money. Others decide to stay around and live a mediocre unhappy life. Because they started modelling at a very young age, many have never finished school and are lost in trying to find a new profession or fit into society.

With the passing of time and aging, many models usually become increasingly unhappy because they are no longer fit for this profession and do not meet their own standards of beauty nor the standards set by the modelling world they are in.

Fashion shows set a trend in clothing for the next season. Since negative energies are influencing the minds of fashion designers, the clothes as well as fashion shows are very tamasik (negative)nowadays. 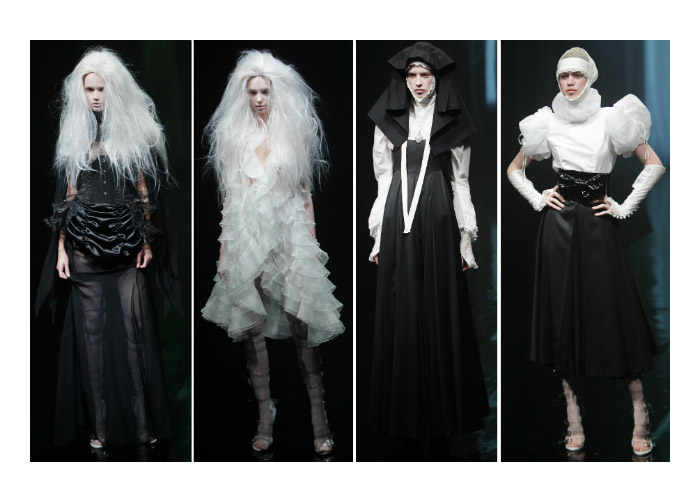 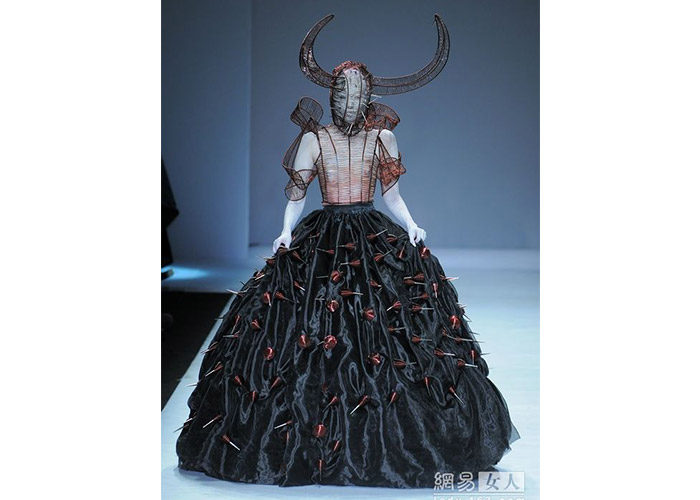 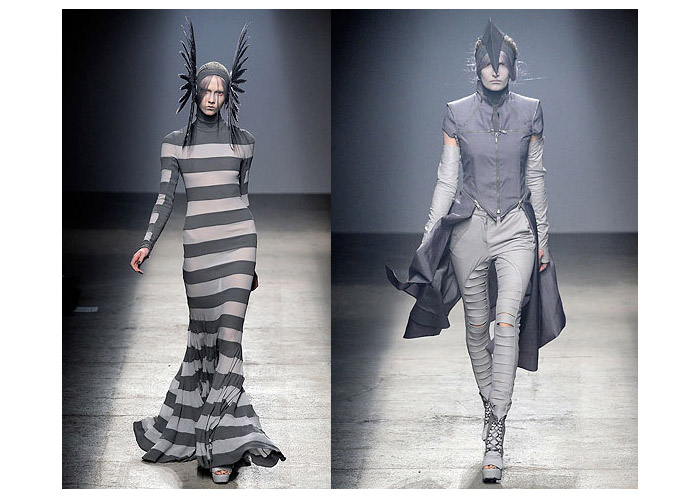 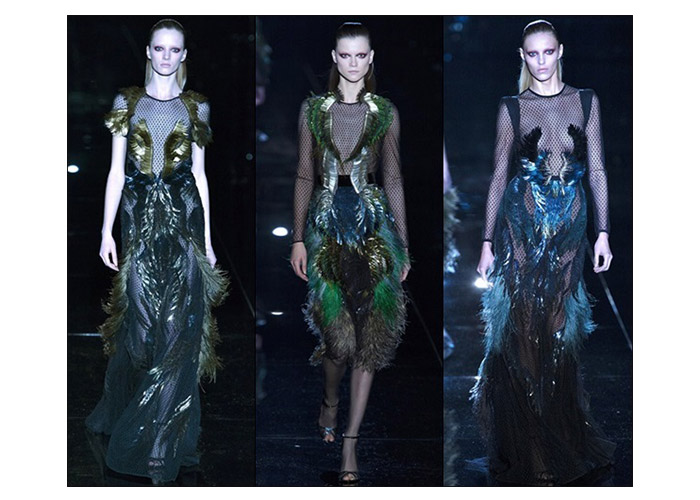 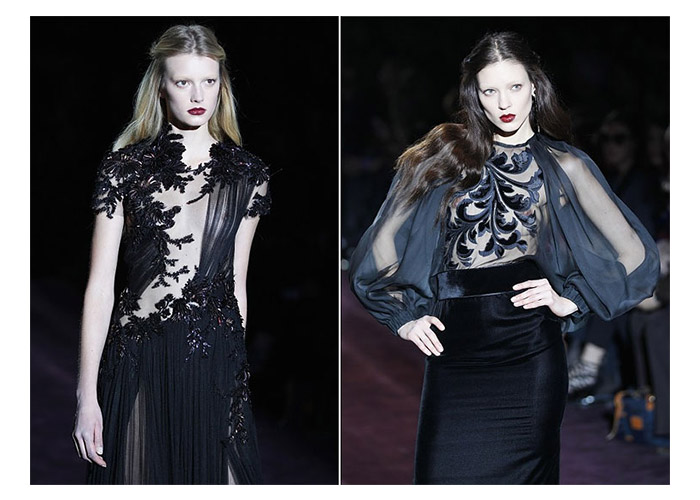 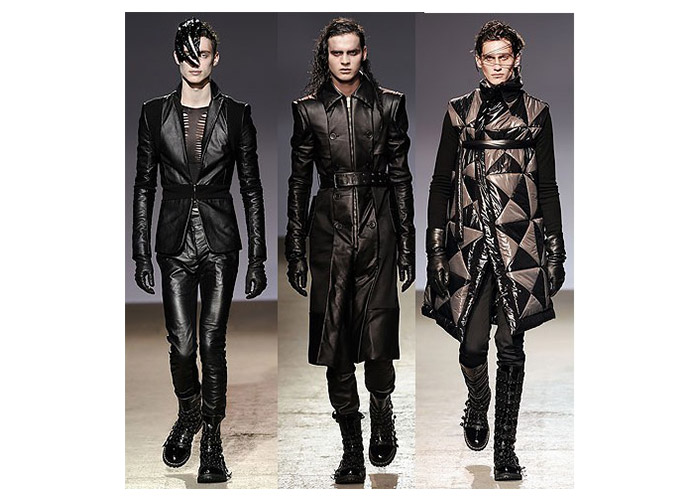 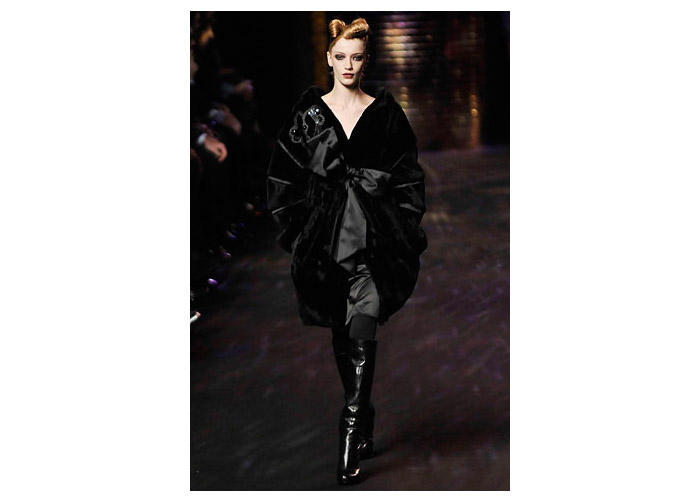 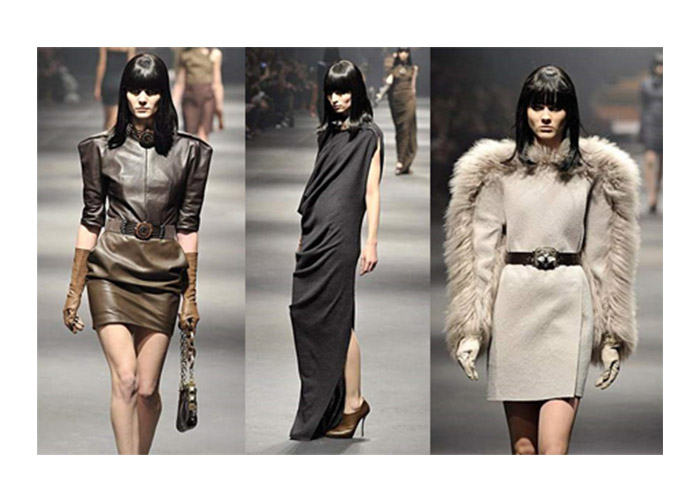 “The one who is looking at the scene is affected by the scene.” – H.H. Dr. Athavale

Negative energies are using their black energy and their illusionary (māyāvi) energy to attract people and lure them to wear tamasik (negative) clothes because then the people who wear them will be more easy prey for negative energies. Some can even become possessed due to this. Sexual desires are also increasing due to fashion shows and their impact on people.

Another impact is that fashions shows increase the ego of models, fashion designers as well as people who follow the fashion trends. That is why the modelling world is called ‘the world of vanity’. With the increase of ego, unhappiness increases as well and the person is further away from experiencing Bliss – a permanent happiness all of us are striving for.

*The above figures are for one event only.

“The Netherworld (Bhuvarlok, one of the regions from afterlife) is full of models.” – H.H.Dr. Athavale

Quite often the fashion show is done by using tamasik (negative) music such as techno or heavy metal and various lights and smoke are added to make the show spookier. This clearly shows how much negative energies are now influencing the minds of people as the atmosphere in fashion shows resembles hell. Fashion designers and models very often suffer from negative energy problems. 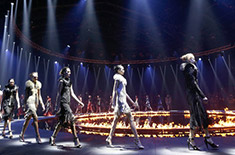 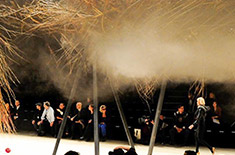 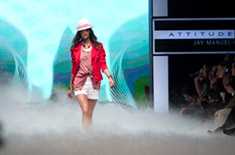 5. How to overcome tendencies to follow fashion show trend sets

In order to be able to decipher right from wrong and whether something or someone is emitting pleasant or distressing vibrations, spiritual practice is necessary. By doing spiritual practice as per the 6 basic principles, one is able to choose a lifestyle devoid of negative energy influences and lead a sattvik (spiritually pure, positive) life.

Message to our readers from Sadguru Cyriaque Vallee and Mrs Yoya Vallee.

Sadguru Cyriaque Vallee : The world of fashion is much more damaging than we can imagine. It is one illusionary dream, and it affects us at a mind level and at a spiritual level. It takes years to come back to the reality of life. As a former model I have experienced it. In that world others look at you only externally. Whatever a model feels within is not given any credit and modelling agencies are least concerned about how a model feels.

Even people used to tell me, ‘Oh you are a model, it must be very nice…’, actually the media makes a fairytale out of modelling but the story is not true.

A model feels ‘I am important, others should look at me…’, and then starts paying more attention to self, ‘how I look’, ‘what others will think of me’, etc. Instead of looking inwards, a model just gets lost in looking outwards. When I stopped modelling and went back to a regular job and life I experienced much more happiness. I started to feel like a normal person and despite making much less money, I was happier. I started my spiritual practice in 1999 when I was still in modelling. Later, as my spiritual practice increased I started to experience much more happiness and Bliss.

The spiritual aspect is much more important than modelling. Spiritual practice helps us to experience happiness from inside and live a much better life overall.

Mrs Yoya Vallee : Once I was doing one fashion show in Paris and I had to wear black clothes. It looked quite negative and I was not feeling pleasant. After the show, I felt like I was a different person. Later, I realized how much I was affected negatively in the fashion show and it took me a few hours to come back to a normal state.

If we can give any advice, it is that even if from the outside modelling looks attractive, it brings much more unhappiness than happiness, it increases the ego of the person and it takes years to recuperate from it. It is much more harmful from a spiritual point of view than what people think.