In this article we will share Yoya’s unique journey from the world of high fashion to a seeker dedicated to spiritual growth.

Yoya was born in Belgrade, part of the former Republic of Yugoslavia on 25 April 1980. Due to an ailment, she became 80% hearing impaired at just ten months of age. This also affected her speech. She began wearing hearing aids when she was only twelve months old. After five years of speech training, Yoya was able to attend school with normal children. It was her first major achievement as it was rare for a hearing and speech impaired child to attend regular school with other children.

From an early age, Yoya’s parents saw to it that she had access to speech therapy. So while other children would be playing, Yoya would have to practise speaking for approximately four hours a day. However apart from her hearing and speech disability, Yoya had a normal childhood.

As a child Yoya loved to draw. Her mother recalls that even at the age of two, Yoya showed very good control over a pencil, and that she could draw a butterfly almost perfectly. Several of her early childhood drawings resembled angels, even though she had not seen one in a story book or on television. At the age of five, Yoya drew her first perfected angel.

Apart from her evident drawing skills, by the age of five, Yoya began to show signs of having subtle-ability wherein she would get subtle-visions. Yoya recalls, “At times even when I was not thinking about anything in particular, I would mentally visualise a picture. In the beginning I would not pay much attention to it as it would only be part of a picture such as a pen in a hand or only half a picture but not making any sense. Sometimes I’d see an entire picture but not conveying any meaning. However 2 or 3 years later, I began to visualise the entire picture within a complete context. When I was seven, I had a vision of some eyes on wings and an animal with wings, which I drew. Several months later, along with my father I visited Sveta Petka, a church in Belgrade. There, on the walls and ceiling of the church, I saw the same picture which I had seen in the vision. I was shocked! I excitedly told my father about the vision that I had some months earlier and how all the details matched what we were looking at here.”

Yoya began to attend drawing classes in Belgrade under the tutelage of an artist, but it was more out of a passion for drawing than as a career choice. When she was twelve years old her family moved to Washington DC, USA. There she continued classes in art. For two years she also attended the Summer School Artists’ programme at the prestigious Corcoran School of Art. However Yoya’s interest in stereotype art lessons began to wane.

Yoya explains, “It was during this time that I lost interest in attending art school as we would be asked only to draw an object while I wished to draw independently using my imagination or sketching the visions that I used to get. So I dropped out of art school as it stifled me and started drawing on my own, which gave me much more happiness.”

However Yoya was destined for other things and at the age of 16 she took up modelling. Yoya’s career as an international model sky-rocketed and over the next two years, she travelled extensively on modelling assignments accompanied by her mother. These are a few pictures of Yoya as a high fashion model. 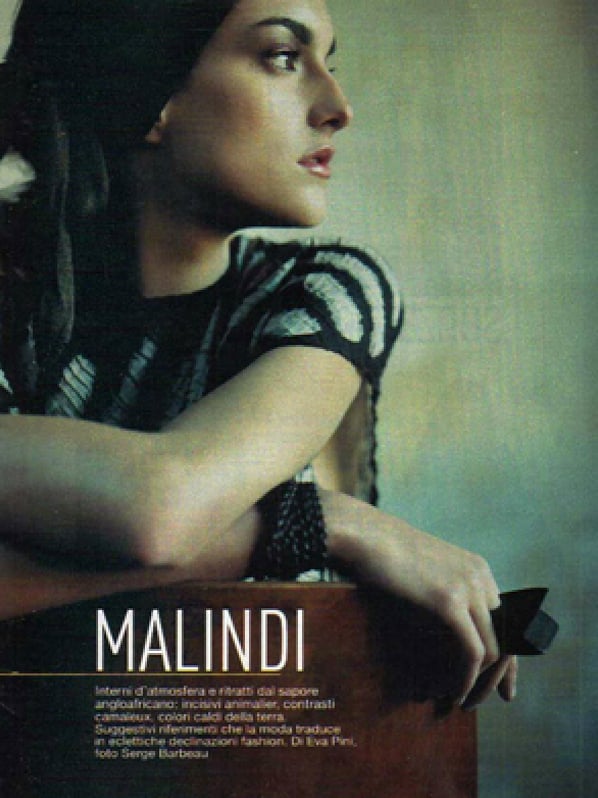 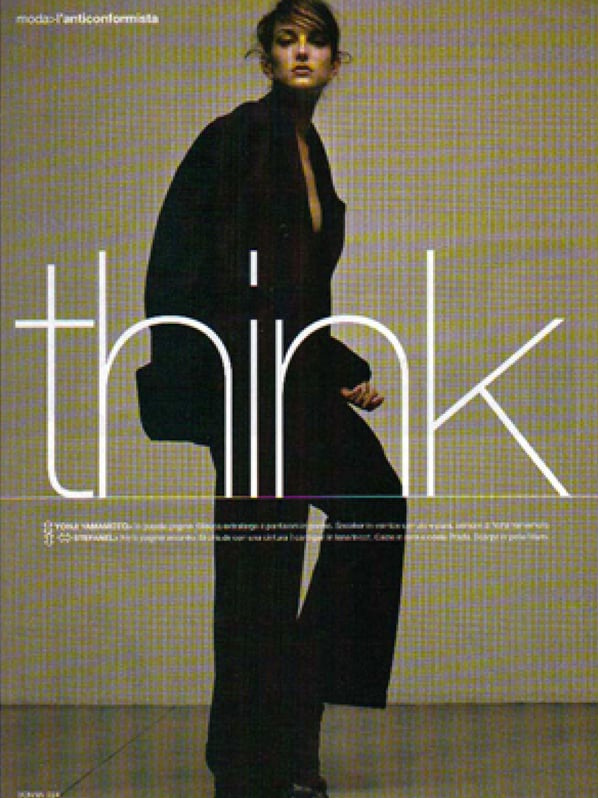 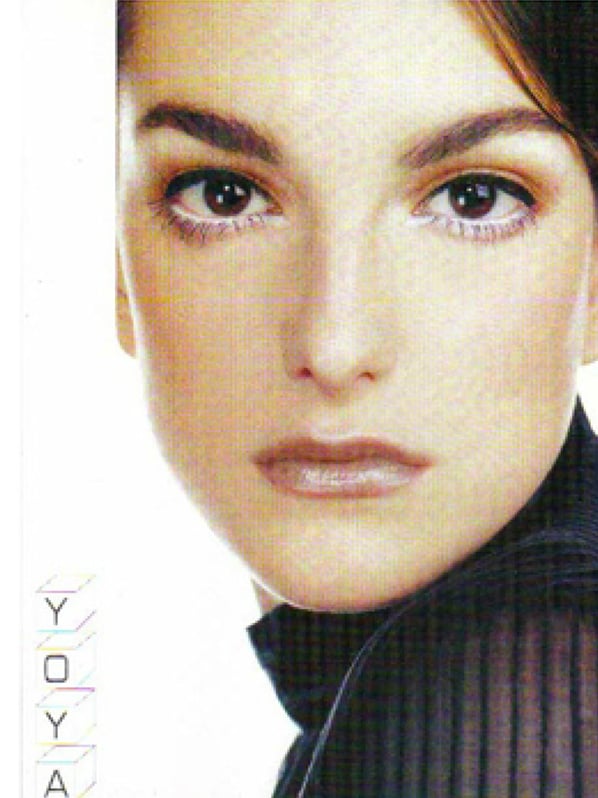 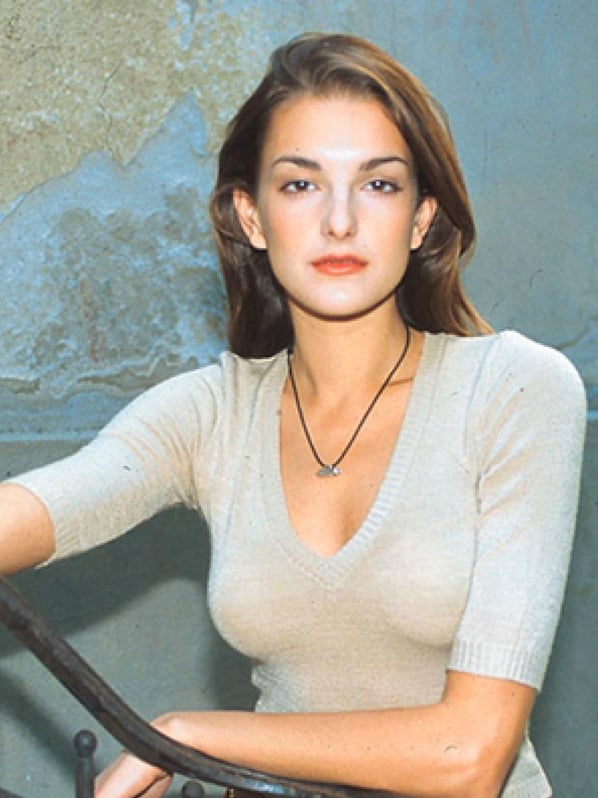 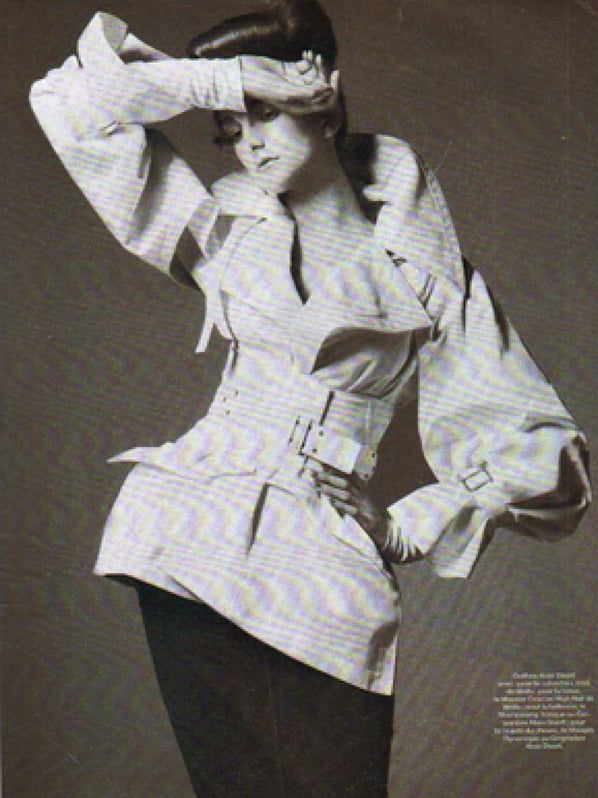 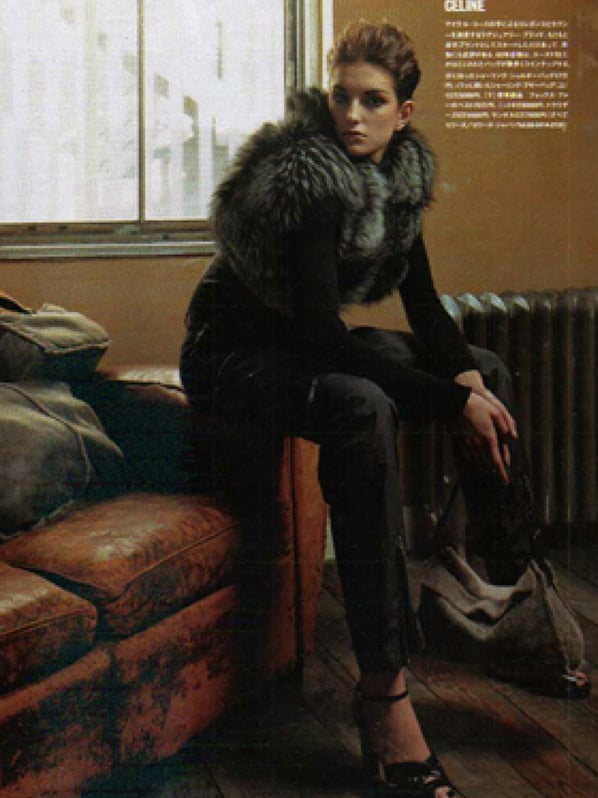 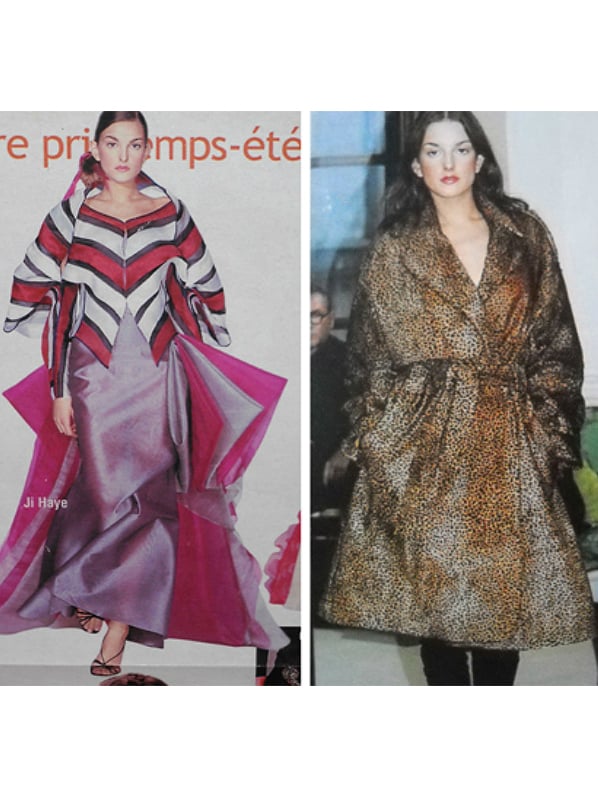 At times during these trips, her mother Dragana, suffered from depression. While Dragana did not have faith in God at that time, she was on a quest to find inner peace and happiness. Yoya continued to draw and the drawings which had a spiritual basis, helped to make Dragana feel better. They also helped her develop a little more faith in God.

Yoya would try to lift her mother’s spirits, yet Dragana felt that something was missing. Yoya recalls, “When I used to try and help her by telling her how much God wanted her to live, my mother would feel that it was not me but someone else who was talking through me. At that time, I did not realise that I was being used as a medium by some spiritual energies.”

Then one day while on a modelling assignment, Yoya and her mother met Mrs. Sharon Clarke Sequeira, who was giving lectures on Spirituality in the US under the guidance of the Spiritual Science Research Foundation (SSRF). Dragana was attracted to the teachings and visited Sharon frequently to discuss spiritual concepts and principles. However Yoya’s interest in what Sharon was saying only piqued later, when she watched her mother in dialogue with Sharon.

Yoya recalls, “Initially I was not interested in what Sharon was teaching and would sit on a swing in the park and watch them from far. However while they spoke, I would see subtle-visions of a yellow light encircling them. This intrigued me and I began to draw what I saw in the subtle. I later showed it to them. This only reinforced their conviction that the Divine was at work during their discussions. Later, my curiosity about Spirituality got aroused. It was then that my mother asked me to chant the Name of God according to the religion of my birth as she had learned from the guidance of SSRF. I commenced chanting the Name of God when I was 18 years old. I began to perceive the uniqueness of this spiritual practice and therefore my interest in wanting to know more, developed.”

4. Yoya’s transformation from being a medium to a seeker of God

In the early years when Yoya would draw drawings based on subtle-knowledge she would do so as a medium. ‘Acting as a medium to draw’ is drawing under the influence of some entity. When one is a medium, an entity, sort of takes possession of the artist’s mind, intellect and body. What the artist draws is not out of his or her own imagination or creative ability but a vision that is given while being under the influence of the entity.

Yoya describes the feeling of acting as a medium. “When I would get visions as a medium, my face would change and become pale. I would breathe differently and more heavily. I was often unaware of what I had drawn. My mother would have to ask several questions about what I intended to convey through my drawing. Somehow she intuitively knew when I was about to get a vision, a few seconds before I commenced drawing. Visions mostly came fast and very rarely slowly. They would be as large as a television screen and were mostly in Divine colours; colours which we never see otherwise. I could see visions from the past as well as the future and these would come to me in my dreams too. When I would see the vision I would feel good, perceive a lot of energy within me and feel happy. I would wish to see more of it, as it would make me curious. I could see only the main vision; the other things in the vision looked blank. As a medium I could draw as well as speak. Even though I had a speech problem, my voice used to become extremely clear during a vision but I would experience difficulty in breathing. I would speak very fast and later I would be unable to remember what I had spoken. When it was all over, I would feel very exhausted and would feel like I was falling. My face would go white and I would not have energy to even talk. I would also feel very thirsty. All these things are not experienced during normal visualisation by an artist.”

When other seekers of SSRF witnessed Yoya acting as a medium they noticed a lot of changes in her. Yoya’s entire demeanour would change. Even though she was speech impaired, her voice would become very clear for that duration. She would get quite authoritative and would almost sound male. The seekers present would perceive a strong energy emanating from Yoya. They would also notice that the expression on her face would become very intense as if she was concentrating deeply. Along with this her breathing would also become quite heavy.

Later, Yoya made trips to India to meet H.H. Dr. Athavale. He explained to Yoya that the only way to obtain higher spiritual knowledge in countries outside of India, is as a medium and hence it is valuable there as it reinforces faith. However in India, He went on to explain, there are several Saints of the highest spiritual level. They have access to Absolute Knowledge from the Universal Mind and Intellect. Therefore a medium is not accorded any importance in India as one has access to the Knowledge and guidance of Saints. He also said that after one makes spiritual progress there is no urge to see visions of the past or the future through an entity. The reason one loses interest in visions given by entities is that they only give one faith in the initial stages but do not assist one in realising God.

H.H. Dr. Athavale went on to explain to Yoya how she could use her subtle-ability to grow spiritually. By using one’s talents and God given abilities for the spread of Spirituality, one can grow spiritually. Refer to the 6th basic principle of spiritual practice. Also to be able to develop her own ability to perceive the subtle, He guided that she refrain from being a medium but instead, she concentrate on spiritual practice. Under the guidance of H.H. Dr. Athavale, Yoya stopped drawing for over a year and just concentrated on her spiritual practice of chanting the Name of God. This was so as to discontinue any practice of being a medium as it was harmful for Yoya’s spiritual growth. Moreover the subtle-world is rife with negative energies trying to take control of anyone who has sixth sense ability. Negative energies quite often masquerade as positive energies in order to dupe and control a medium and the people who come for advice to the medium. Mediums often lack sufficient sixth sense ability to understand what they are actually dealing with and therefore can be led astray or may even get possessed. If a higher level negative energy masquerades as a positive energy, even a seasoned medium will be unable to tell the difference. It is for this reason SSRF suggests that seekers with an inborn ability to perceive the subtle-dimension only use their talent under the guidance of a Saint who can correctly discern the nature of entities from the spiritual dimension.

Yoya aptly summed up the guidance she received when she said, “H.H. Dr. Athavale explained my mode of self-expression in the following way. While others express their spiritual experiences through words, I express them through drawings based on subtle-knowledge. I talk through my drawings based on subtle-knowledge; it is my way of communication. Rendering service unto the Absolute Truth (satsēvā) through art is only one of the aspects of spiritual practice.”

Refer to the article on recommended spiritual practice.

5. The process by which Yoya does her subtle readings at SSRF

The following clip is an excerpt from the video Horrifying Supernatural Encounters. It depicts how Yoya perceives the subtle-dimension and then puts it on paper.

The slide show below provides a montage of drawings showing the diverse range of drawings based on subtle-knowledge that Yoya has perceived from the spiritual dimension as part of her service to God.

7. Changes in Yoya’s subtle ability over the years