Man’s desire to creatively express himself through art is a quest that has continued through millennia. Art is something that stimulates an individual’s thoughts, emotions, beliefs or ideas through the senses. There can be various purposes for creating a work of art however, they mostly include the need to communicate ideas and express oneself. This can be to send a political, spiritual or philosophical message, to create a sense of beauty (aesthetics) or to generate strong emotions in the viewer.

While an artist may have a genuine love for art, the intention behind the art generally falls into a few categories which include, a need to express oneself, advocating a vision, a need for appreciation and/or some material gain.

However, what is the real purpose of art and with what intention should an artist create a work of art?

As per the science of Spirituality, the primary purpose of life is to grow spiritually. One of the basic requirements for spiritual progress is to immerse oneself in spiritually pure activities and thoughts. This principle of increasing spiritual positivity and rejecting negativity needs to be embraced in all pursuits of life. 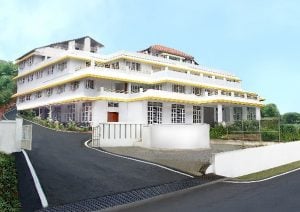 The Maharshi Adhyatma Vishwavidyalay (MAV) also known as the Maharshi University of Spirituality is situated in Goa, India. The University was founded on the base of 30 years of spiritual research. It specialises in conducting research on how the subtle-world and spiritual-vibrations affect the lives of people and how to progress spiritually. With this goal in mind, various experiments are conducted at its Spiritual Research Centre and Ashram. The Spiritual Science Research Foundation in conjunction with the Maharshi Adhyatma Vishwavidyalay is conducting research on how to progress spiritually through the various arts such as music, painting, sculpture, etc. In this series of articles many facets of art such as the process of making spiritually pure art, how to have a good sense of art, the importance of an art teacher or a spiritual guide is discussed and elaborated upon.

At the outset, it is important to clarify a few basic concepts, which are necessary to understand this section.

As per the science of Spirituality there are 3 subtle-components in the Universe, namely Sattva, Raja and Tama that are in all of Creation, visible and invisible. Sattva is the component that denotes spiritual purity and knowledge, Raja denotes action and passion, while Tama denotes ignorance and inertia. The subtle-vibrations emitting from anything and everything is dependent on the predominant subtle basic component they are comprised of. Being able to perceive these vibrations through one’s sixth sense, helps a person quickly analyse whether an object is spiritually pure or not.

2.2 What is the spiritual dimension?

The spiritual dimension or subtle-dimension refers to the invisible world of subtle-vibrations, departed ancestors, ghosts, angels, subtle-regions, etc. It cannot be perceived or experienced by a person’s five senses, mind, and intellect. It can only be perceived by one’s sixth sense.

Sixth sense or subtle-perception is a person’s ability to perceive the spiritual dimension or subtle-dimension and the various subtle-vibrations associated with it. It also includes the ability to understand the subtle cause and effect behind events that take place in the physical realm that are beyond the understanding of the intellect. Extrasensory perception (ESP), clairvoyance, premonition, and intuition are some terms that are similar in meaning to the sixth sense or subtle-perception.

2.4 What is spiritual research?

It is about researching the spiritual dimension to study and understand its impact on subjects such as people, animals, plants, the environment etc. It is most effectively carried out by using sixth sense. The more advanced the sixth sense, the more accurate are the findings.

2.5 The medium through which one’s sixth sense ability works

People who receive subtle-knowledge through their subtle-mind and subtle-intellect generally receive it in the following ways:

As per the spiritual science, though God is one, He manifests in numerous ways to perform various functions in the known and unknown Universe. For example, there is a form of God that is responsible for knowledge, protection, health, etc. According to the science of Spirituality, each form of God has unique attributes and is known as a Deity. Therefore, each Deity is a specific Divine Principle.

3. An important spiritual principle in relation to art

There is a fundamental spiritual principle which guides spiritual art.

The spiritual principle states, “The word (name of something), touch, form, taste, smell and its associated energy coexist.”

This means that any form will have an associated energy. For example, a Deity’s Name will have an associated form and energy. If a painting (or any work of art) is made in such a way that it is a true representation of that Deity Principle’s form, then as per the above principle that painting will emit the subtle-energy associated with that Deity’s form. The details in the painting need to include not only the shape of the Deity, but also the clothes, ornaments etc. that adorn the Deity and they should be an exact match of that particular Deity.

On the other hand, if a painting of a Deity is made where the form does not exactly match the Deity, the subtle-energy of the Deity will be attracted and emitted to a lesser extent. In case there is a higher level of inaccuracy, the Deity Principle may not be attracted to or emitted from the painting at all. Therefore, the artist needs to have an advanced level of sixth sense and the guidance of a spiritually evolved guide, to correctly perceive the form of the Deity.

As per the science of Spirituality, there are 14 Vidyas (Knowledge) and 64 Kalas (types of art) which are different disciplines of art which can help a person practice Spirituality through the medium of various arts. The 14 Vidyas and 64 Kalas encompass all the various forms of art such as drawing, sculpture, music, dance, Aksharyoga (Path of God-realisation through letters) etc. Only when an artist practises any of these art forms under a spiritual guide with an intention to progress spiritually, does true beauty get created. If every artist understood and practised art in this manner, the concept of art would take on a whole new meaning and would spiritually benefit the world.