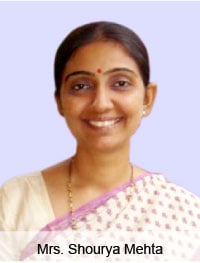 Recurrent dreams of departed family members are mostly due to spiritual reasons. In most cases it is the departed family member (who appears in the dream) that requires help in the afterlife. Mrs. Shourya Mehta, an architect by profession, had recurring dreams of her deceased sister, for 10 years. The following is an account of Shourya’s experience along with a few observations from the spiritual research team at SSRF.

“My sister met with a violent accident wherein she was crushed between two buses in a freak accident and died at the age of 22. Just after her funeral, as I was lying down in a half-sleep-half-waking state, I saw her subtle-form enter the house. Over the next 10 years, I would see her very often in my dreams. It was the same dream and I felt she was not able to move on in the afterlife and was in a lot of pain. The dreams were very real and I would wake-up very disturbed by them.” 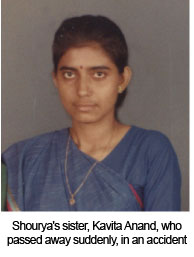 10 years after her sister’s death, Shourya’s father passed away. As Shourya’s family was known to have problems due to departed ancestors, SSRF recommended that certain rituals be done to ensure the smooth journey of her father in the afterlife. 12 rituals were conducted at one month intervals over the period of a year.

“While performing the last of the twelve, monthly shrāddha rituals for my father, a seeker from SSRF’s subtle-department Mrs. Anjali Gadgil was studying the subtle-effect of the ritual on the journey of my father in the afterlife with the help of her advanced sixth sense. During the course of the ritual, Mrs. Gadgil saw that some of the positive energy generated from the ritual was being drawn to a certain shelf in a cupboard nearby. She also saw a young woman standing nearby. Mrs. Gadgil was unaware of the tragic circumstances of my sister’s death. In fact the shelf in the cupboard had many photo albums of my sister and some of her books. When I showed Mrs Gadgil the picture, she confirmed that it was the same girl she had seen through her sixth sense (psychic ability).”

Spiritual research conducted showed that the ritual conducted for Shourya’s father had a positive effect on other departed family members as well and that Shourya’s sister too had benefited.

“After the 12 rituals were conducted, I only saw her once but this dream was very different compared to the previous ones. For the first time, it was a pleasant dream wherein she had started spiritual practice.” 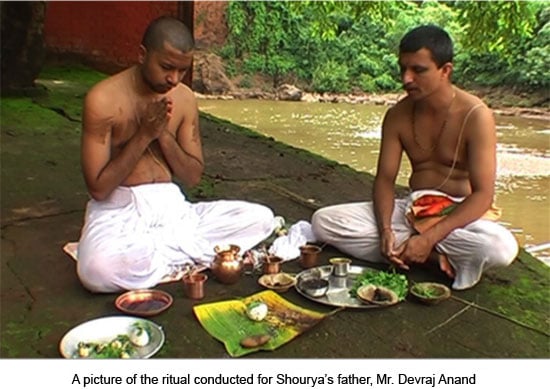 Shourya’s case study was a bit unusual as it took a specific ritual to alleviate the issue. However in almost all cases a simple chant helps to alleviate problems caused due to departed ancestors. Chanting the Name “Shrī Gurudev Datta” is a very potent measure that provides relief from such problems. Some specific rituals like the ones conducted by Shourya’s family help to hasten the spiritual help to departed ancestors.