All of us have a place we call home. The kind of home we live in can be very different based on our lifestyle. Depending on where we live, how our house is built, how we maintain it etc., our home can give off different spiritual vibrations too.

Our spiritual research has shown that improving the spiritual vibrations of our homes can have many positive effects such as increased financial security, improved relationships between those living in the home, more happiness among residents, and less obstacles to spiritual practice done by those in the home.

In this article we will understand what affects the spiritual vibrations of our homes.

In spiritual research, importance is given to studying the spiritual realm. Through this study we are able to start understanding the true cause and effect of any experience. For example, through spiritual research we understand that marital discord can be caused by our departed ancestors.

In the same way, spiritual research can help us understand why some types of homes bring good fortune and happiness while others cause distress to their residents. To study spiritual vibrations in housing, let us first understand some basic concepts from the science of vāstushāstra, as explained in the next section.

Definition: Vastushastra is a Vēdic science that explains the difference between pleasant and distressing frequencies generated in premises.

Vastu  (or ‘premises’) refer to an open space enclosed by walls on all sides, irrespective of whether it has a roof.

Every such built space has a centre of energy, also known as the Deity of the premises. Its mission is to endow energy to any pleasant or distressing event occurring there.

In order to understand the difference between pleasant and distressing frequencies generated in premises, let us first understand how these frequencies are created.

There are three kinds of frequencies in empty premises: 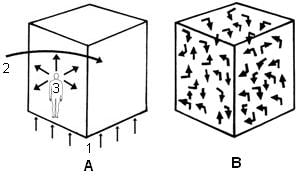 These three types of frequencies interact and as a result, the overall movement of the frequencies in the premises becomes haphazard. (Refer to figure B above.)

Vastushastra helps us understand how to avoid the effect of some of these haphazard vibrations.

3.1 Factors affecting vibrations in premises according to vastushastra

Vastushastra advises, in a lot of detail, on how we can construct premises so as to avoid distress and attract spiritually positive vibrations. Below we have given just a few examples of its guidelines.

When choosing land for premises, it is important to check what kind of vibrations the land attracts. For example: 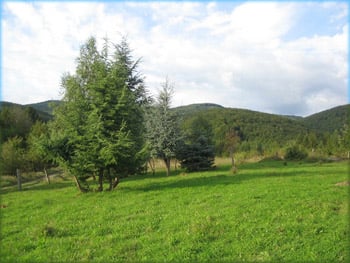 Apart from this, vastushastra provides details about how ascents and descents affect a plot, what type of surroundings are favourable or distressing, whether presence of water in the form of rivers, lakes or pond is desirable etc. For example, building a house near a cemetery or crematorium is not recommended, since the subtle-bodies of the deceased and negative energies (ghosts, demons, devils etc) that visit the place can be a cause of distress.

3.1.2 Vibrations of the actual premises

According to vastushastra, the spiritual vibrations of the actual premises also depend on a number of factors:

3.1.3 Distress experienced by those living in defective premises

Improperly built premises are likely to cause different types of distress to the residents:

3.2 Factors contributing towards vibrations in premises

In an earlier article on spiritually cleansing one’s home from a haunting, we had presented how much each of the above factors influence the overall vibrations of premises.

This breakdown clarifies that the residents and what they do in the premises determine the vibrations of the premises to a far greater degree than the physical properties of the land and buildings.

3.3 Spiritual causes for frequencies in premises

Generally, since premises are nowadays Raja–Tama predominant, the form of energy in them is akin to that of demons and not Deities.

Apart from this, some types of premises attract negative energies (ghosts, devils, demons etc.). E.g. distressing frequencies are experienced in a hospital, police station, prison, a place where evil transactions are carried out, a place where a murder has occurred, a cemetery or crematorium etc. because the individuals there are unhappy or have evil attitudes.

By undertaking regular spiritual practice according to the six basic principles of Spirituality and leading a Sattva predominant lifestyle, it is possible to attract positive frequencies into premises. Some practical points on this subject are provided in our next article on this topic.

4. In summary – spiritual vibrations in the home

Vastushastra gives very useful advice on the choice of land and architecture for a pleasant home. However, it is important to understand that the nature of the residents in the home and the activities which occur in the premises carry more importance in determining what we experience in them. 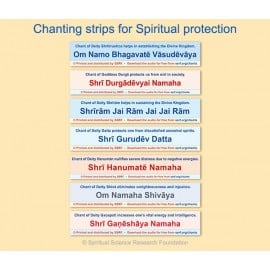