Note from the editorial team: As a policy SSRF publishes articles that are more practical, so that people can learn from them and improve their lives. Understanding creation is mostly a theoretical endeavour and has little to no practical value in our spiritual journey. Hence, please consider this article about how old is the universe as simply a supplement to the articles in which we have mentioned the universe. Here we have shared just a few pertinent points with regard to the topic, to remove any ambiguity in the other articles that refer to the universe.

2. Definition of the universe

To understand how old is the universe, at the outset let us define what SSRF means by the universe. SSRF defines the universe as the entire seen and unseen world. This means it includes the Earth along with the solar system, all the constellations and the galaxies that we see in the sky. But this too is just a fraction of the universe. Along with this, it also includes the seven negative subtle-planes of existence and the six positive subtle-planes of existence as given in our article what happens after death.

3. How old is the universe

To understand this section about how old is the universe, there is a basic spiritual law of creation that one should be familiar with. Everything in the universe including the universe itself, is first created, then sustained for a period of time, and finally destroyed. Creation, sustenance and dissolution of the universe and its elements are continuous processes which have been taking place since time immemorial.

Through spiritual research to determine how old is the universe, we have found that the entire universe has gone through many such cycles of being created, sustained and then destroyed. The partial destruction of the universe is known as pralay and we have explained this in more detail in the sections below.

After the universe is created and before it is destroyed, (i.e. during the time it is sustained) it goes through many cycles. The smallest of these cycles has 4 Eras. They are Satyayug, Tretayug, Dwaparyug and Kaliyug.

To understand how old is the universe, through spiritual research, we have found that the following are the number of years each of these eras in a cycle last for:

In the current cycle (paryay), as of the year 2017, we are approximately 5119 years into the era of Kaliyug (translated as the Era of Strife). Therefore, since the current cycle began, we have traversed through roughly a little over 3.8 million years and we still have over 420,000 years to go. At the end of Kaliyug, there is a mini-dissolution before Satyayug starts again. The mini-dissolution is mostly about extensive destruction such as war, natural disasters, loss of life, etc. The level of destruction is fractional as compared to the dissolution of the universe which is known as pralay.

4. Main cycles of the universe

To understand further how old is the universe, the following are the other main cycles in time that the universe goes through:

4.1 Destruction or dissolution of the universe

The following are the types of dissolution/destruction that take place in the universe periodically:

5. Differences between modern science’s view and the spiritual science view on how old is the universe

Modern science maintains that the universe is over 13 billion years old (wikipedia.com). The main reason for the difference between modern science’s view and the Knowledge received through spiritual research is the lack of sixth sense ability (as compared to Saints) to understand the principle of Creation, Sustenance and Destruction of the universe.

6. Miscellaneous points on how old is the universe and humankind

The following are some other pertinent points that explains how old is the universe, through spiritual research.

Q: How long did Earth take to reach its current state where it was populated by human beings?

A: Once the universe becomes visible to the naked eye it manifests in its entirety immediately. There was no gestation period before Earth became inhabitable and Satyayug started.

Q: When did people populate the Earth? 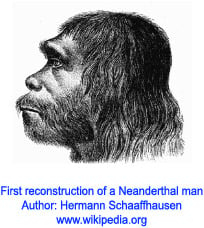 The main difference between human beings in Satyayug and Kaliyug is the difference in the average spiritual level which is 80% and 20% respectively. As the sāttviktā in Satyayug was greater, the rate of destruction/aging was slower. For example, the people in Satyatug had very long lives (400 years on average), were very tall, etc. However, the lifespan of humans in Kaliyug has reduced (70-80 years), also the average height of the people has reduced. Whenever there are greater amounts of Raja and Tama subtle-components as in Kaliyug, the ageing and rate of destruction increases.

The following table gives a few more aspects about the four eras.

Species such as dinosaurs have existed in many different cycles before. In this cycle too they may have existed upto some eras such as Tretayug, and then became extinct. It is the same as with taller human beings. Subtle-bodies reincarnate as human beings again and again throughout the eras, until they are liberated from the cycle of birth and death by doing spiritual practice. Similarly, the animals have also become smaller in Kaliyug and some of the species have become extinct. But they will reappear in the next cycle.