This is a case study about spontaneous haphazard cuts and tears that occurred on a bed sheet used by Mrs. Minakshi Ichalkaranjikar of Goa. She and her daughter-in-law Mrs. Savitri Ichalkaranjikar, who also witnessed the event, are both seekers doing spiritual practice under the guidance of SSRF.

2. Experience of the attack 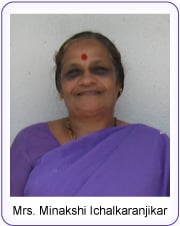 The following is the description of the event , in the words of Mrs. Minakshi Ichalkaranjikar:

“On 16 December 2008 at about 9.25 pm, when making the bed, my daughter-in-law, Mrs. Savitri, found that the bed sheet was cut haphazardly, as if with a pair of scissors. There was absolutely no rational explanation for the cuts and tears and we were both baffled by it .”

After being surprised and puzzled by finding cuts and tears on the bed sheet, Mrs. Ichalkaranjikar recollected how her overall physical and mental state had been earlier that day:

“I suffer from piles. On that day I had proper bowel motions. Yet suddenly, I started experiencing a lot of heat in my anus and the whole surrounding area. Whenever I placed a piece of wet cotton or cloth on that area, it would dry up immediately. I started experiencing a strong burning sensation. I started the spiritual healing remedy of lighting an SSRF incense stick (udabatti). The burning sensation gradually reduced after I held the lit SSRF incense stick near my backside and then applied oil with Holy ash (vibhūti) to the whole area. I experienced discomfort for about an hour and a half to two hours. After this I experienced a lot of fatigue.

Quite often seekers feel distress prior to or after a subtle attack by negative energies.

3. Experience of a witness to the attack 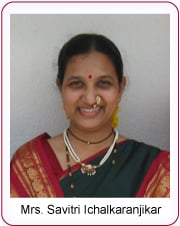 “I did not experience any discomfort nor felt distressed on looking at the bed sheet. However, later I did not have any clarity of thoughts and I felt lost. This state lasted throughout the night. By the time it was morning, my vital energy had reduced considerably. I felt as if my entire energy had been sucked out by someone.”

When Miss Kavita Rathivadekar (a seeker from the subtle department of SSRF who has an advanced sixth sense) took a subtle-reading of the bed sheet, she perceived that it was an attack by a subtle-sorcerer (māntrik).

Sometimes negative energies use our weaknesses to easily attack us so we wondered if this was the reason why Mrs. Ichalkaranjikar had experienced physical distress whereas her daughter-in-law Mrs. Savitri had experienced mental distress.

However, here this was not the case. Through the heat and burning sensation which Mrs. Ichalkaranjikar experienced, the attacking negative entity wanted to make his attack of tearing the bed sheet known to her.

The mental distress experienced by Mrs. Savitri was an effect of the subtle battle which occurred. When the negative energy attacked her mother-in-law, a subtle battle happened between the black energy released by the attacking entity and the Divine Consciousness (Chaitanya) present in the form of spiritual healing measures taken by Mrs. Ichalkaranjikar. Although Mrs. Savitri did not actively participate in the subtle battle, she experienced discomfort due to being present and witnessing it.