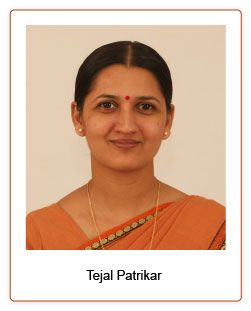 This is an experience of Ms. Tejal Patrikar who is a television anchor for a spiritual programme that is scripted with the blessings of His Holiness Dr. Jayant Athavale.

I had just finished shooting for one of the episodes of a spiritual television programme at the studio of the SSRF research centre in Ramnathi, Goa. I was feeling quite restless towards the evening and was having a lot of negative thoughts. I decided to retire to bed early that night. In the ashram we sleep on the floor, so I made my bed and then went to freshen up before turning in for the night.

When I came back, I saw a burn hole of about 1 inch in diameter on the bed sheet. As a spiritual healing measure, I would usually keep a newspaper which had a picture of H.H. Dr. Jayant Athavale and H.H. Dadaji Vaishampayan under my bed sheet. That night too I had kept the newspaper. 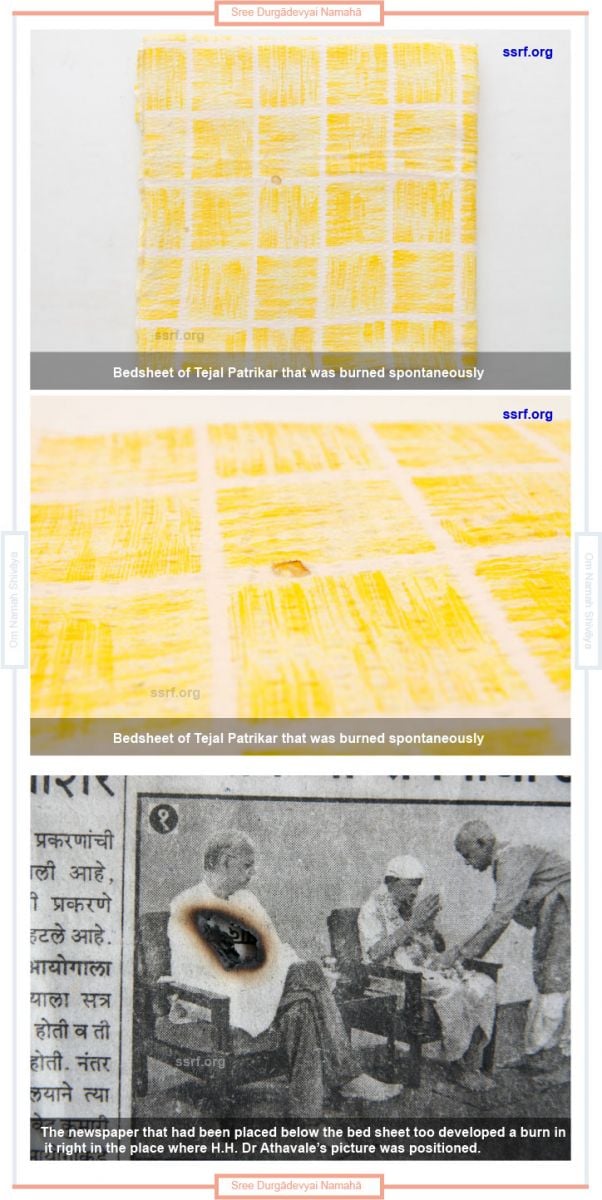 To my surprise the burn hole in the bed sheet was right over where I had placed the newspaper. When I lifted the sheet I saw that it had burned right through the newspaper. The hole was in the exact place of H.H. Dr. Jayant Athavale’s heart region. In other words the entire heart region of H.H. Dr. Jayant Athavale had been burnt out. On removing the newspaper, I saw that the burn had gone 1 inch deep into my mattress too. I was quite taken aback because there was nothing around that could have caused such a burn.

I quickly changed my linen and over turned my mattress and tried to go to sleep. The restless thoughts remained until I went to sleep. In the morning when I got up, while my mind was much fresher than the previous night, I was overcome with physical weakness.

Spiritual Research team’s comment: Quite often seekers feel distress (at a physical and mental level) prior to the actual event of spontaneous combustion as they are sensitive at a sixth sense level to the impending attack.