Aparna Gude, a pharmacy graduate from India had been plagued by chronic migraine headaches since her early teenage years. She tried all conventional medicines to combat them to no avail. Finally through the Spiritual Science Research Foundation (SSRF), she learnt that the root cause of her migraine headaches was an attack by ghosts (demons, devils, negative energies etc.). It was only after applying various spiritual healing remedies that she finally acquired control over her headaches. This case study provides insight into how the ghosts created a subtle-infrastructure to cause the migraine headaches. Along with this, we have provided an explanation on the ways in which spiritual remedies are designed and directed. The remedies are designed so as to overcome the ailment by counteracting the detrimental effects of this subtle-infrastructure and finally destroy it. 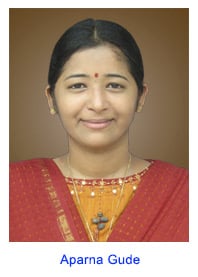 Aparna’s headaches started when she was 13 years old. The migraine headaches would start at the back, where the head meets the vertebral column and then would shoot up, either to the left or the right side and keep changing sides alternately. This would occur regularly every fortnight. The duration of these headaches lasted for three days at a stretch accompanied by nausea and vomiting. The slightest sound or light would aggravate the headache. The intensity would be so severe that she would have to lie down and would be incapable of doing anything. While she had the migraine headache, Aparna would get very short-tempered and seek a lot of attention and support from her mother.

To combat this problem of chronic migraine headaches, Aparna consulted many doctors and was put on various medication like Novalgin, Migranil, antacids, anti-anxiety agents like Alprazolam etc., but there was no relief. She was also treated with alternative therapies such as Homeopathy but even this gave her only limited relief from the pain.

3. Relief from the chronic migraine headaches

In 1997, some seven years after the migraine headaches began, Aparna came across SSRF through an acquaintance. She immediately commenced spiritual practice under the guidance of SSRF. She started chanting the Name of her family deity. Along with this she also chanted Lord Datta’s Name to overcome problems due to departed ancestors. She then realised that her spiritual practice seemed to have had a welcome by-product: the severe migraine headaches reduced in their frequency. Now instead of every 15 days, she would only get them once every two to three months. The intensity however was the same as before.

4. Increase in intensity of the migraine headaches

Suddenly and without any apparent cause, the intensity of her headaches increased. The headaches started lasting for 5-6 days though the frequency of occurrence remained constant. One particular attack was very severe.

“It was in April 2004. I was at the Varanasi centre of SSRF in the course of my tour throughout North India to spread Spirituality. I had one of my worst attacks, while I was there. It lasted for 13 days at a stretch with no reduction in symptoms. I was lying down in agony and the seekers at the hermitage (Ashram) had to attend to me. On the 14th day, it struck me for the first time that I should speak to a higher level Saint about it. I rang the Saint and spoke to Him. Within the first 5 minutes of our conversation, my headache vanished completely and I could set about my routine duties.”

Saints have a high concentration of the Sattva component and Divine consciousness (Chaitanya). Aparna on the other hand was badly affected by a ghost who is predominantly made up of the Tama component. When any person is in contact with a Saint either in person or over the phone or in thought, they come in touch with this high sattvikta that is then transmitted to them. This results in a temporary increase in sāttviktā in the person too.

This increase in sattvikta in Aparna was sufficient to overcome,

5. A spiritual analysis into the migraine headaches

The seekers of the subtle-perception department of SSRF through their advanced sixth sense diagnosed that the migraine headache was caused by a subtle-sorcerer (māntrik), i.e. a ghost (demon, devil, negative energy etc.). The subtle-sorcerer had created a number of black energy centres all over Aparna’s body as shown in the drawing based on subtle-knowledge below. 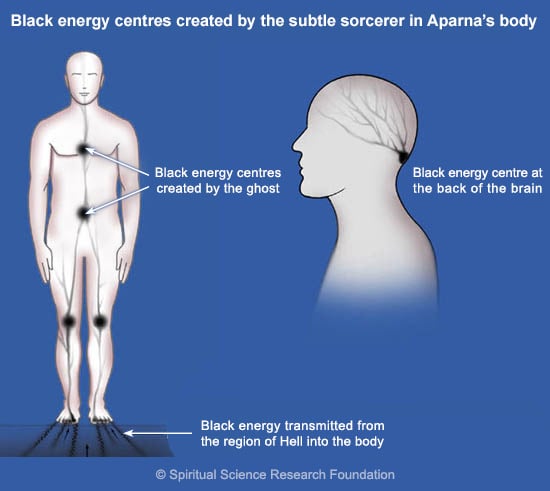 These centres helped in maintaining a flow of black energy through the body from the region of Hell (Pātāl). The subtle-sorcerer had also fitted subtle-diagrams (yantras) at the back of Aparna’s head, toes and the soles of both legs. These subtle-diagrams were specifically designed to imbibe and transmit black energy. The subtle-diagrams in the feet were in the form of subtle demonic ornaments as shown in the drawing based on subtle-knowledge below. 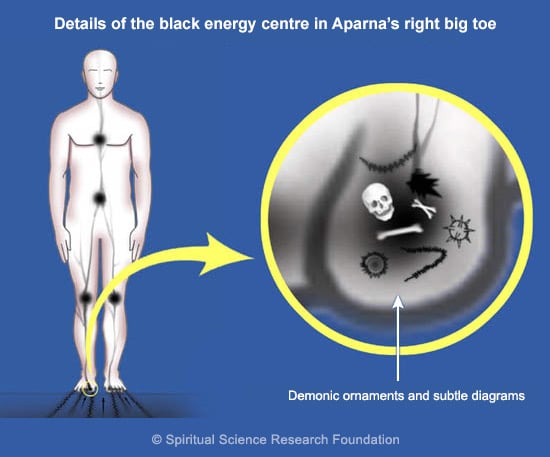 The subtle-sorcerer acted through the various black energy centres, creating spiral coils of black energy around the blood vessels to instigate migraine headaches. In the drawing based on subtle-knowledge below, we have shown what a seeker with advanced sixth sense saw in Aparna’s circulatory system. 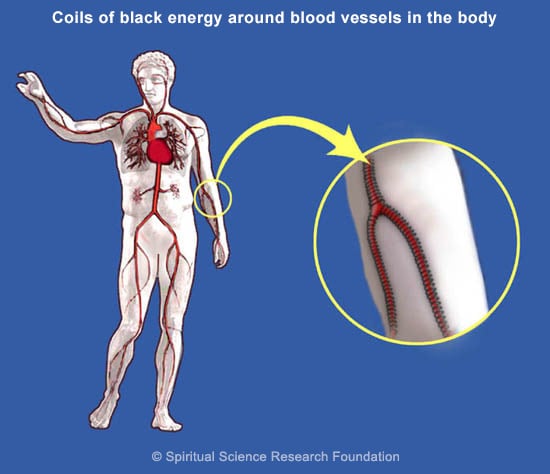 The blood vessels in the brain were similarly affected as shown in the drawing based on subtle-knowledge below. 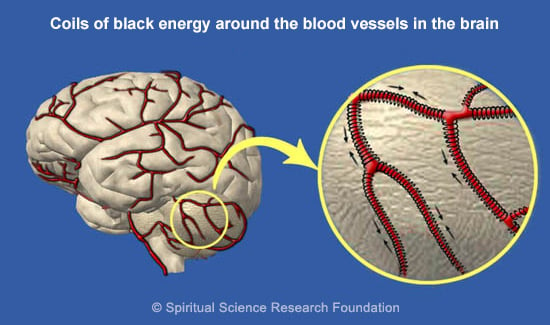 The subtle-analysis with the help of advanced sixth sense also showed that the prostaglandins that were secreted in Aparna’s brain were being used as negative energy storage houses that kept emitting black energy. Prostaglandins act as chemical messengers. They work right within the cells where they are synthesized. Some of their functions are the activation of an inflammatory response and production of pain and fever.

The following drawing based on subtle-knowledge shows how the prostaglandins in the brain region have been impregnated with black energy. As a result, they heighten the pain from a migraine headache as they act upon a brain receptor. 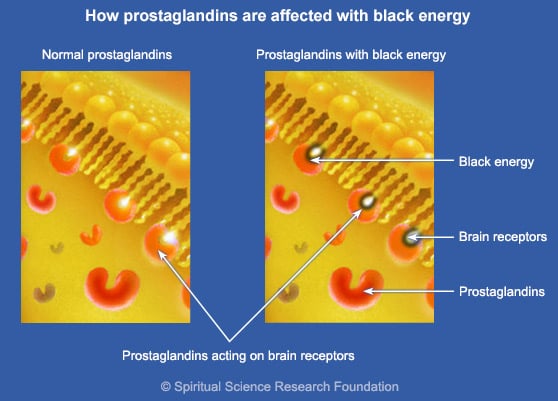 A more long term and sustainable cure for any type of attack by ghosts comes through spiritual practice. Spiritual practice is only effective if it conforms to the six basic principles of spiritual practice and is increased both qualitatively and quantitatively on a regular basis. With this there is an increase in spiritual level and also a rise in the subtle basic Sattva component within the person.

1. Sequential number chants: He asked her to first repeat the chant of numbers from 5 increasing sequentially to 10, 15, 20 etc. up to 50 for 5 minutes. This was a type of spiritual healing chant specific for Aparna’s case. It immediately brought relief and stabilised and dulled the headache. The below charts show the effect on the migraine headache before (Figure 1) and after (Figure 2) doing the number chant.

2. Mudras: After the headache had been stabilised, the higher level Saint asked Aparna to do some specific postures or mudras. This was to be done along with the chanting of God’s Name. The mudras include positions such as holding all fingers pursed together pointing towards the midbrow region etc.

“Then He advised specific spiritual remedies to attack the centres in my feet. Herein, specific postures of hands were used along with chanting to concentrate positive energy on the black energy centres. By virtue of these remedies, the subtle thorny bush itself was destroyed and the secretion of prostaglandins was also inhibited. Hence the pain subsided completely.”

This effect of the mudras has been described in the chart below.

“All my routine medication has since been stopped. I have not had a headache since; but even if it does come up in the future, I am now equipped to deal with it as I have learnt how to use specific spiritual tools to cure it”

The spiritual treatment described above was specific to Aparna’s case. No case is similar and it will be difficult to apply a generic remedy to fit all cases where ghosts or ancestors are the root cause of the migraine.

However here are a few things you can do if you find yourself suffering from chronic migraine headaches which do not go away with medicines.

All this would need to be done on a daily basis. Steps 3 and 4 can be discontinued after a few months after the headache has completely stopped. Steps 1 and 2 however are best continued lifelong as they are the only protection against our vulnerability to ghosts. In this case, the vulnerability is evident from the migraine headache which was not being cured by conventional medication.

Continued spiritual practice and chanting of the ‘Shri Gurudev Datta’ protection chant also affords protection against the spiritual root causes which account for up to 80% of the various problems in our lives. Over and above this, we experience the benefits of spiritual practice that have been elaborated on in our section on, ‘Spiritual research for lasting happiness’. 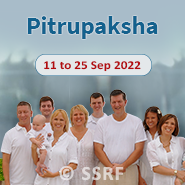 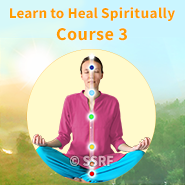