An informal dialogue with His Holiness Dr. Athavale on why He now writes books only on Spirituality

The views of His Holiness Dr. Athavale in this entire article are from the perspective of realising the basic spiritual purpose of life which is God-realisation. In the article on ‘The Study of Spirituality’ we emphasized that if one wants to move towards the basic purpose of life one should preferably study books on Spirituality that have been written by Saints or Gurus. In a subsequent article ‘The effect of the author on books on Spirituality‘ we compared the benefit of books written by authors of varying spiritual levels.

This article showcases an informal conversation between His Holiness Dr. Athavale and the editorial team when the above articles were being written. It provides various insights on why Saints prefer authoring books on Spirituality as opposed to books on Maya (the Great Illusion). 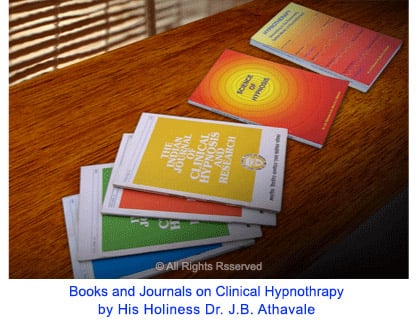 Prior to commencing His spiritual practice, His Holiness Dr. Athavale was a researcher in Clinical Hypnotherapy and had published many white papers and books on the subject. He also undertook many years of research in Clinical Hypnotherapy in the United Kingdom. After doing intense spiritual practice under the guidance of His Guru, He attained Sainthood and thereafter has published many books on Spirituality. Over 100 books in 12 languages have been published.

(We address His Holiness Dr Athavale fondly as Param Pujya which is the Sanskrit language equivalent of “His Holiness”.) 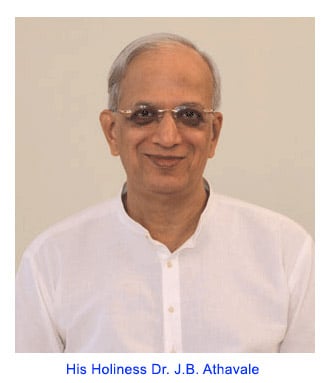 Editorial team: Param Pujya you have published so many papers and books on Clinical Hypnosis and Clinical Hypnotherapy and have been widely acknowledged in many countries as an authority in the subject. But then once You started spiritual practice You only wrote on Spirituality. What brought about this change Param Pujya?

His Holiness Dr. Athavale: The main point that I understood is that Spiritual texts are timeless whereas other topics are related to Maya (The Great Illusion) and are useful only for a limited period of time. Even books on important events such as India’s freedom struggle and the French Revolution were significant to a limited section of the world’s population, that too for only 30-40 years while they were going on. The future generations have only a passing interest in the topics as they happened in their past and what is current in their lives always takes centre stage. But if you see Holy texts like the Bhagavad Gita, Bible, Koran and writings and compositions by Saints, they remain relevant for people for centuries.

The main difference is that Spiritual texts are associated with the Absolute Truth or the God Principle and are hence timeless. For the purpose of God-realisation, this knowledge is unchanging and relevant across any generation regardless of time and place. Topics related to Maya are always relevant with reference to time, place and person and hence cannot be timeless.

Editorial team: Param Pujya have You found any difference when You were an author of books related to Maya such as Clinical Hypnotherapy and now as a compiler of Spiritual texts.

His Holiness Dr. Athavale: In Spirituality we are compilers only. All Absolute Knowledge comes from God and the Universal Mind and Intellect and all I do is compile it. If we do spiritual practice and are blessed by a Guru (evolved spiritual guide) then by the Guru’s grace, we gain access to Absolute Knowledge.

Authors of books related to worldly issues, have to research the topic and assimilate information from various sources while preparing their book. When Saints write texts on Spirituality, God Himself provides the inspiration and answers. A lot of time and energy is conserved.

Based on my research on Clinical Hypnosis and Clinical Hypnotherapy, the books that I wrote on the topics were appreciated in several countries across the world like Australia and US. They dealt with the treatment of patients, hence only patients and their doctors could benefit from them. After 25 years of research and applying the research findings in my clinical practice as a clinical hypnotherapist only a few thousand copies of those books got sold. On the other hand, the texts I write on Spirituality today will be useful to every man someday in this very birth or at least in his next birth. In the last 10 years, over 2.5 million of these texts compiled by me on various subjects in Spirituality have been sold in 12 languages.

Editorial team: Param Pujya not to mention the SSRF website itself  that is being visited by tens of thousands of people from across the world every month and that has also helped some of them gain a better life.

His Holiness Dr. Athavale: Any writing has real value when it benefits the reader from the perspective of the basic purpose of life. From this perspective, all topics related to Maya provide limited information. Texts on Spirituality provide us with guidance till the stage of God realisation and are with us through many lifetimes. Due to the compilation of various topics on Spiritual science the spiritual curiosity of hundreds of thousands of readers has been appeased and continues to do so. Faith in Dharma (Righteousness) has been kindled in them. Thousands initiated some form of spiritual practice and hence there is a satisfaction that people have moved towards the basic purpose of life.

Key learnings from the above dialogue with His Holiness Dr. Athavale on the value of writing books only on Spirituality