1. Introduction to the crop circle phenomenon

Crop circles refer to gigantic designs that appear in fields. These designs are created by the crops being mysteriously packed down. People wake up in the morning to find clean edged intricate patterns marked out in their fields that have been constructed overnight, with no sign of who made them. Opinions as to the cause of the phenomenon are divided and include theories such as:

Scientists and researchers, however, admit that they are at a loss in determining how these intricate designs with such precision can be made overnight.

Through spiritual research we have discovered that crop circles (which have not been made by people) are made by subtle-entities from the spiritual dimension. The crop circles are made in a certain design known as a Yantra with the purpose of transmitting either positive or negative energy.

This picture below is an example of a crop circle with positive vibrations. 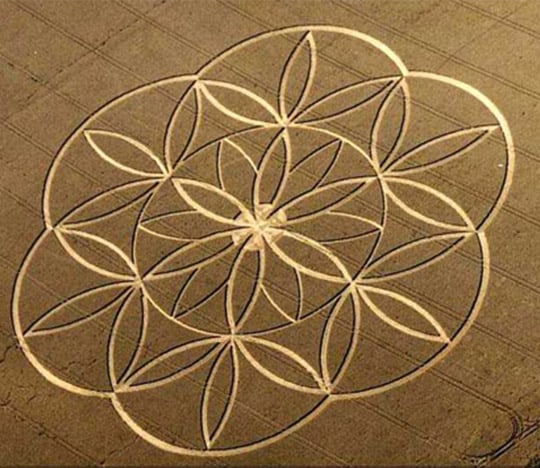 The following pictures are examples of crop circles with negative vibrations. 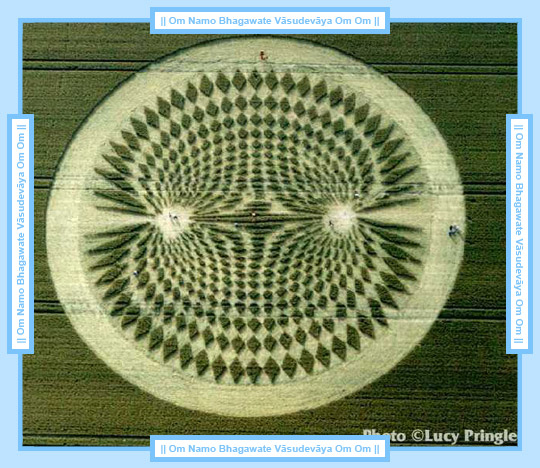 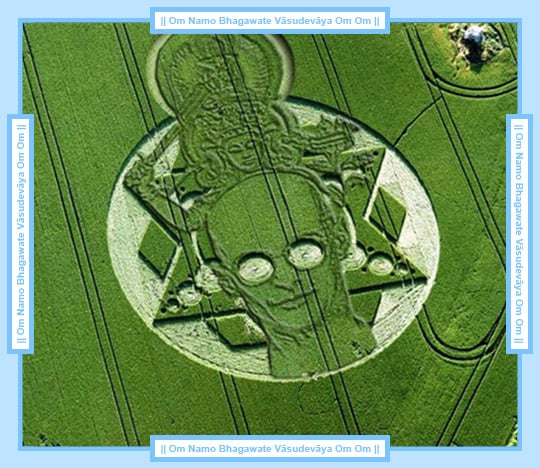 After the 1990s, it has been observed that there has been a steady increase of the crop circle phenomena around the world. One of the primary reasons for this is due to the times we live in. As mentioned in our article on World War 3 predictions, the world is now moving closer towards the peak of World War 3, negative energies from the spiritual dimension have increased their activity to transmit negative vibrations on the Earth plane. On the other hand positive energies also create crop circles to counteract the effect of negative crop circles. Approximately 10 years ago almost all crop circles were negative in nature. In 2014, 60% of the crop circles made by subtle-entities will be negative in nature while 40% will emit positive vibrations. The “season” for crop circles generally runs from April to September, which coincides with the growing season. The crop circles are created during this time because the negative or positive energy in the grain that is packed down to make the crop circle is subsequently spread in society when the grains are eaten. The effect of a crop circle can extend up to a radius of 2 to 10 kilometres. The extent of the effect depends on the strength of the entity making the crop circle and the design of the Yantra. Crop circles that have positive vibrations will have a positive effect on people and will bring about a feeling of peace and well-being in nearby residents. On the other hand, crop circles with negative vibrations can cause various effects in people such as feeling dizzy, being disorientated, having a heightened level of emotionalism and depression.

3. Circles on the sea bed of the Adriatic Sea of Croatia – around the islands of Kornati, Dugi Otok, Premuda and Molata

In May 2014, a strange phenomenon of symmetrical circles on the seabed appeared in the Adriatic sea near the island of Kornati. The circles are 50 meters in diameter. They are positioned in such a manner that they are equidistant from each other and likewise from the coast as well. Sometimes an many as 25 of these circles can be found around the island. Spiritual research into this phenomenon revealed that the circles are appearing due to the intervention of negative energies. Specifically, subtle-sorcerers (māntriks) from the 2nd region of hell are creating these circles with the aim of dispersing black negative energy into the environment. Once a circle has been completed, it emanates negative energy 10 times further than the length of its diameter; which means that each circle radiates negative energy for 500 meters in all directions. 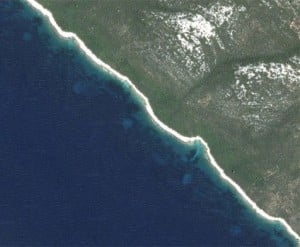 For people who come across crop circles, SSRF suggests the following points: