SSRF predicted in 2007, “World War 3 will begin in 2015 and continue for about 9 years till 2023. The wars that will be fought piecemeal within that period will all be linked. However, it may not be readily apparent to the world. Towards the end of this period, weapons of mass destruction including nuclear weapons will be used.” Additionally, during this period the world will also experience a higher incidence of natural disasters like tsunamis, earthquakes, floods, and volcanic eruptions.

Fast forward from 2007 to 2016 and as we know we are living in a world where we are faced with cataclysmic events time and again. The situation worldwide in 2016 looks grim with increased natural disasters, climate change with the hottest years on record, an on-going civil war in Syria, widespread havoc/bombings created by terrorist organisations, a migrant crisis, the acquisition and deployment of nuclear weapons by world superpowers and other governments seeking international recognition. Predictions by Nostradamus, a renowned seer from France also indicate that World War 3 will take place. Various sources have interpreted Nostradamus’ predictions and have inferred that World War 3 will be so terrible that first two World Wars will seem like child’s play. Through spiritual research and guidance from various Saints, we have found that World War 3 is imminent and its impact will be ubiquitous. With the way some terrible events are unfolding on a regular basis, people are expecting a World War. ‘World War 3’ as a key phrase that people search for, has now begun to trend on Google and shows no sign of reducing. This indicates that people around the world have begun to view the possibility of World War 3 as something that is likely to happen. Yet surprisingly not many search for terms related to surviving World War 3 or a nuclear fallout. Up to now for those of us in the developed world, the crisis is offshore in some distant Middle Eastern land or the continent of Africa. However, there will soon come a time like it is starting in Europe when the crisis will reach our streets and our doorstep, wherever we may be. At that time, albeit too late, people will look for survival strategies. Any war/upheaval of such a magnitude will bring in its wake an unprecedented number of casualties and destruction of property.

2. The Aftermath of World War 3

Through spiritual research, we have come to know of some facts about the aftermath of this period which will show the extent of the disaster we will have to face. The following is a picture of the world situation that we will all soon have to face.

* This duration is relatively short because at that time there will only be half the world’s population left to feed and provide for in terms of various amenities.

3. What this means for the survivors of World War 3

This is a glimpse of how the situation and environment will be. Imagine yourself and your loved ones in such a situation. Typically, the thoughts uppermost on everyone’s mind in such a horrifying and desperate situation would run along the lines of, ‘How will my loved ones and I be able to survive?’ and ‘How will I protect my loved ones and myself?’. The situation will be such that it will be each person for himself/herself. We will not be able to rely on any government or relief services to come to our aid.

The world will be undergoing a paradigm shift and the survivors of World War 3 will be in the middle of a hostile and chaotic environment and will need to negotiate situations that will test the limits of human endurance and human spirit. What will really help the survivors is to become self-reliant; i.e., learning survival tools and not to be dependent on collapsing social systems. Right from very basic things like storing enough supplies, to having the strength and mental capacity to handle the various crises, to addressing wider problems like knowing how to handle contamination from radioactive fallout, will hold us in good stead. Every survival tool and piece of knowledge about survival in such times may mean the difference between life and death and will increase your disaster preparedness.

It is for this reason that in this section, we will be sharing with you survival tools and practices that will help at a physical, psychological and spiritual level to prepare for and to protect oneself during the coming times. Each of the slides below open into a new section explaining that aspect in detail. Over the next few months, we will continue to populate and link the topics in the table below to their subsections, so please keep coming back to update your knowledge on disaster preparedness and emergency essentials to survive World War 3.

Please note: All links provided from each sub-topic are temporary links to general information about the topic on the SSRF website. Later we will be linking each sub-topic below specifically in relation to surviving World War 3 and Disaster Management.

5. Increasing importance of steps at a physical psychological and spiritual level to survive World War 3

The subtle level is many times more effective than the physical level. What this means in essence for us is that in order to prepare and survive the coming times, it will not be enough to just employ physical measures. Intense spiritual practice as per universal principles attracts God’s grace, which protects one far beyond the level of protection any form of physical protection can provide.

Saints of the highest level such as Parātpar Guru H.H. Dr Athavale have the Divine foresight to guide humanity through this turbulent period with spiritual measures, which will prove to be life-saving in the ensuing cataclysmic times. We urge readers to immediately begin with the chants, spiritual practice and healing remedies. Starting or continuing regular spiritual practice is highly recommended so that you are better prepared physically, mentally and spiritually to survive World War 3. 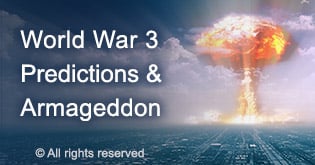 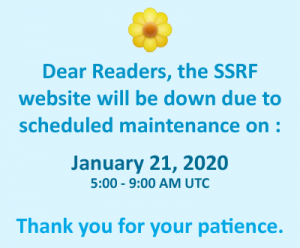