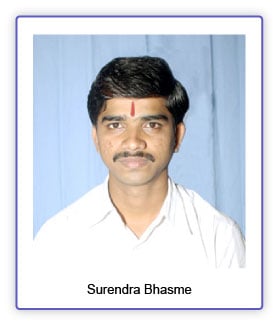 In this case study, we describe how an altar and all the pictures of Deities that were displayed on it, burnt up spontaneously. The event is narrated in the words of Mr. Surendra Bhasme, a seeker doing regular spiritual practice under the guidance of His Holiness Dr Jayant Athavale.

This event happened in 2005, during night time, at the Karad sēvā kēndra. (A seva kendra is a place where seekers reside, to collectively serve the spread of Spirituality). We were experiencing a lot of subtle pressure in the seva kendra. Blood stains had also spontaneously appeared on the floor. Later that night, on the upper floor of the seva kendra one of the seekers, Mr. Nagnath Mulje who was sitting for chanting, experienced someone slapping him, even though there was no one around. The sound of the slap was so loud, that we all went running to see what had happened. We saw fresh slap marks on Nagnath’s face. Sensing an increased amount of subtle activity of Ghosts (demons, devils, negative energies, etc.) trying to obstruct the activities at the seva kendra, we all decided to sleep downstairs together on the lower floor.

There were no more incidents that night, but in the morning we saw smoke coming out of the windows of the meditation room. We rushed upstairs to investigate and were shocked by what we saw. There were flames leaping up from each of the Deities’ pictures on the altar. The yellow cloth back-drop which had the Guru-disciple emblem, was also in flames. We tried to extinguish the fire by pouring water, but to no avail. The fire would subside temporarily and then flare up again. Finally, only when we mixed Vibhūti (Holy Ash) and Gomūtra (cow’s urine) in the water and chanted the Name of Sri Ram and then dipped each picture in the water, did the flames subside. After a discussion, none of us were able to come up with any solutions as to how this fire broke out, as there was nothing stored that could have started the fire.

Another thing that struck us, was that each of the Deity’s pictures was burned as if somebody or something had deliberately attacked each picture, one by one. It did not seem like a normal fire where everything burned evenly.

The following slideshow depicts the scene at the altar at Karad and the pictures of Deities that were burned. 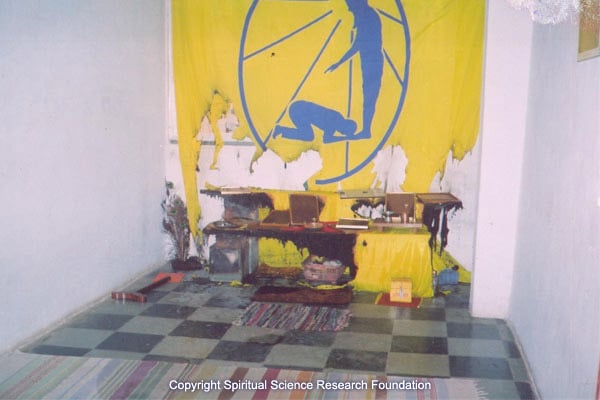 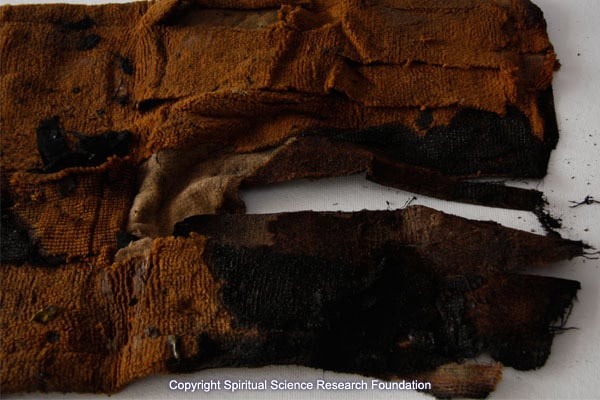 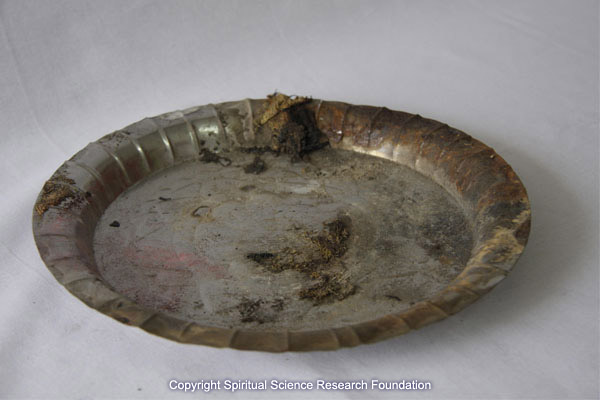 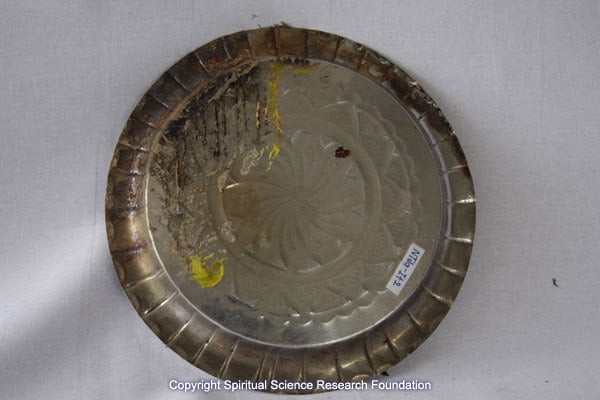 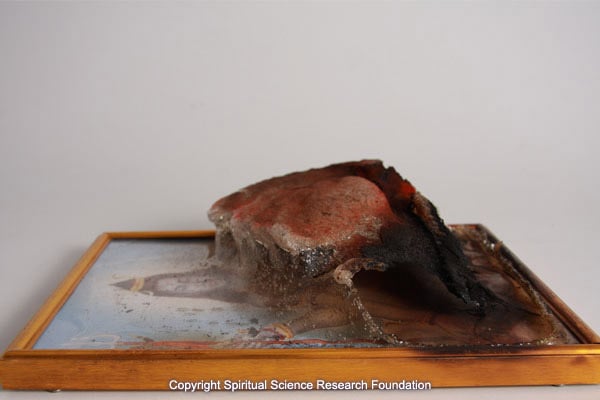 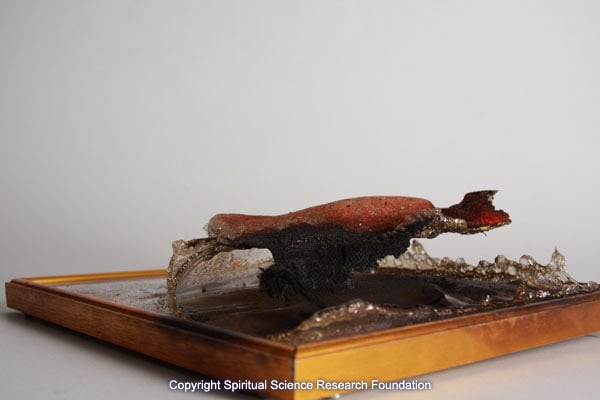 Borders containing Shrikrushna’s principle have been drawn around the photograph and the drawing based on subtle-knowledge, so that readers do not feel distressed while looking at it or reading the information given above.