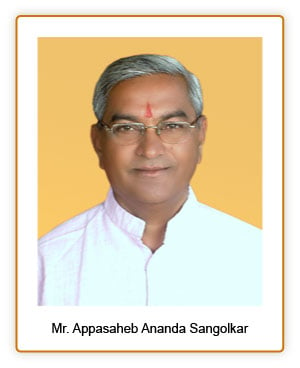 This incident happened in March 2010 to Mr. Sangolkar, a seeker doing spiritual practice for many years under the guidance of His Holiness Dr. Athavale. The uniqueness of this case study is in the higher volume of blood that manifested spontaneously, without any rational cause. The following is what Mr. Sangolkar experienced that night.

One of the seekers in my area was having a lot of mental distress due to negative energies. He had come over to my place at around 8.30 pm on the night of the 1st of March 2010, to seek direction for his spiritual practice and to overcome these obstacles. Just before that, I too had come back from spending a whole day outside and was in the midst of freshening up for the night. Since the seeker was well known to me, I went out in my towel to meet him. We sat in the living room and discussed his issues. My wife, who is also doing spiritual practice with me, joined us in the discussion. After giving the seeker various spiritual perspectives on how to overcome his mental distress and improve his spiritual practice, he looked a bit relieved and less worried. He then took our leave to go back to his residence. This was around 9.30 pm.

I got up from the sofa to go back to the bathroom to freshen up. All of a sudden, my wife exclaimed that my towel had blood stains on it. I took the towel off to examine it, only to find to my surprise that my underwear was stained too. I do not remember seeing any blood on the towel when I wrapped it around myself prior to the discussion nor do I recall seeing any blood on the underwear prior to this when changing. The sofa that I was sitting on showed no signs of any blood stains. 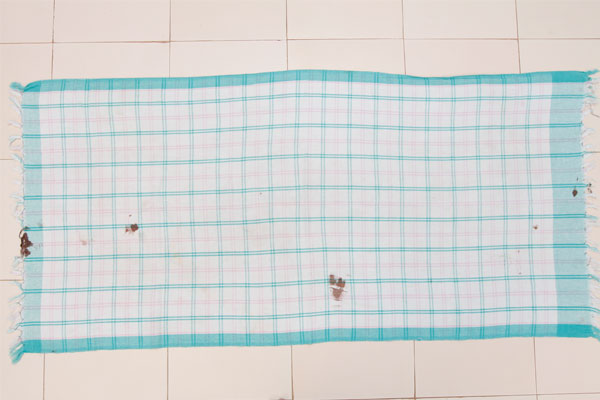 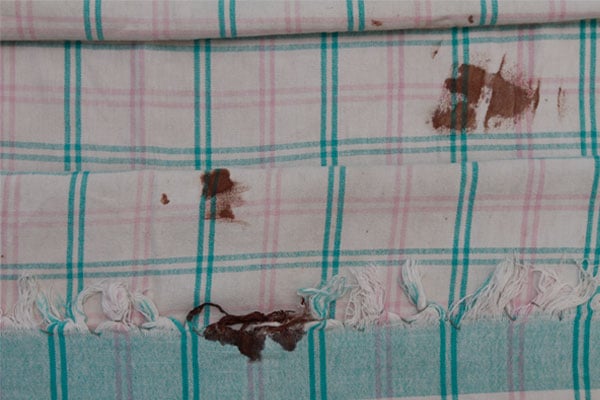 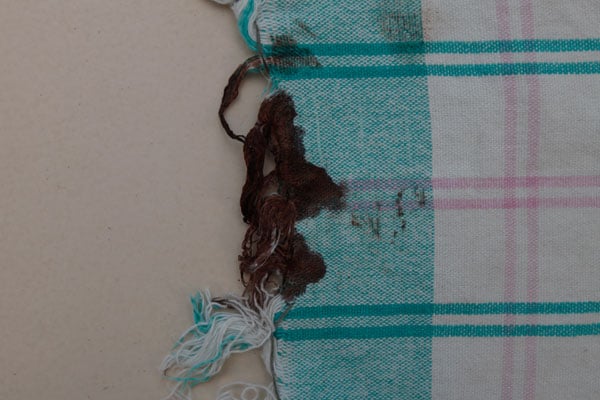 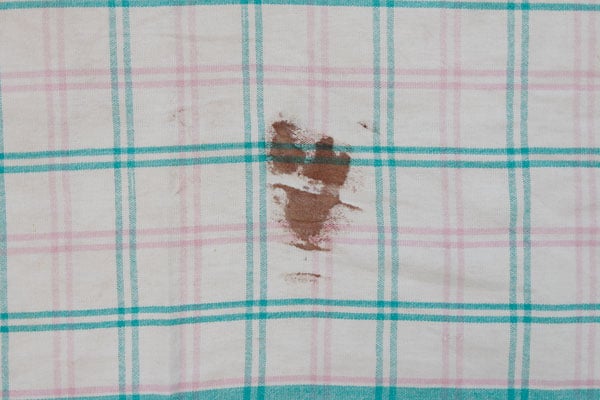 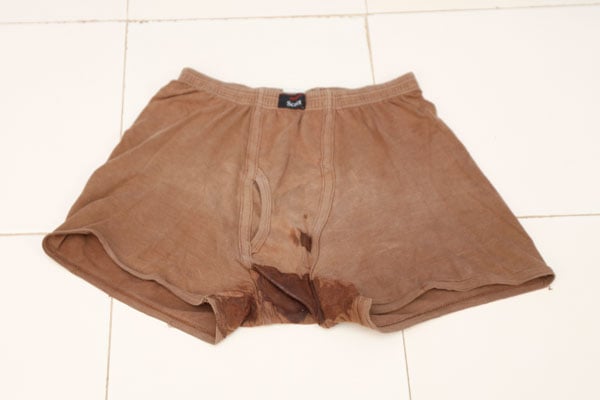 A wide view of the underwear of Mr. Sangolkar and the amount of blood that manifested spontaneously 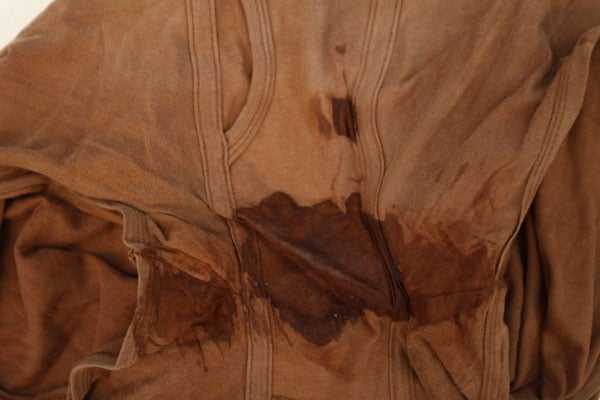 A closer view of the amount of blood

Borders containing Shrī Krushṇa principle have been drawn around the article so that readers do not feel distressed while looking at the images or reading the information given above.

When interviewing Mr. Sangolkar, the spiritual research team along with one of our doctors of SSRF asked him a few more details about this bizarre case. The following information was revealed during the course of the interview: