With the imminent 3rd World War and catastrophic natural disasters, the need to increase one’s preparedness is critical. 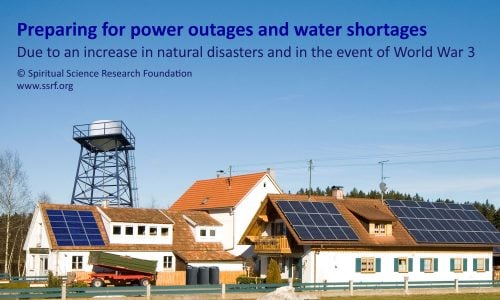 1. Introduction to preparing your home for WW3

Through spiritual research, we have found that the years 2020 – 2023 are going to be increasingly difficult for the world. The coronavirus pandemic is just the beginning of these adverse times. There will be an escalation in the amount of unrest worldwide along with conflicts. It will culminate in World War 3 at the end of which nuclear weapons of mass destruction will be used. Along with this there will be a surge in natural disasters.

We have covered the reasons why this is happening and provided more details in our articles :

Needless to say, with the high levels of destruction that will follow, everything including basic commodities will be scarce not only in the coming years but for many years after World War 3. In this article, (which is a part of a series of articles to prepare for the coming times), we will be providing some pointers on how to prepare your house and living space for these adverse times from a power and water perspective.

2. General points to prepare your house for war and natural calamities 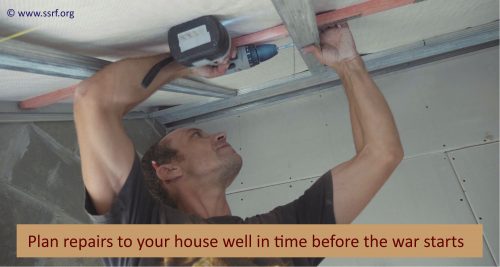 Time is now of essence in preparing for the emergencies we may have to face between 2020 – 2023 and for some years after that. Some points to be kept in mind with regards to your house or place of residence are given ahead. It is suggested that one make the requisite changes while one can.

During times of emergency caused due to extreme weather or war, power cuts or having no electricity will be very common. The electricity supply from the government will be prone to power outages. It is likely that we could be stuck without electricity for days or even months with no power for even essential or critical needs.

That is why it is important to make arrangements for having an alternative source of generating electricity. When selecting an alternative try to choose an option where there is a steady power supply for a longer duration. Such a source can be beneficial for us not only during an emergency but as a long-term power option. 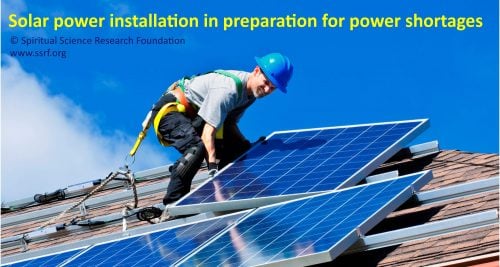 3.2 Other household options when power options are scarce

Solar power has limitations if the sky is cloudy. During an emergency, there may be a dearth of fuel so generators may become inoperable. During this time, we can consider the following for light and other energy requirements.

3.3 Wind energy and other sources of renewable energy 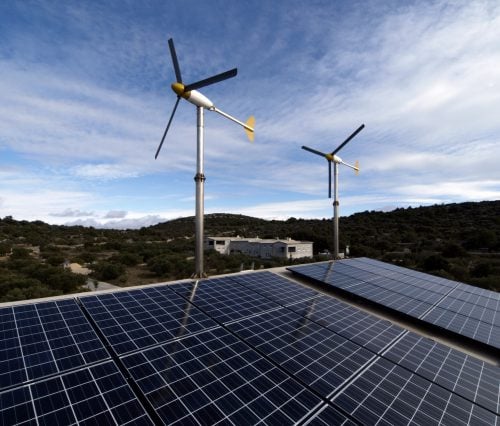 The overall capacity of all wind turbines installed worldwide by the end of 2019 reached 650.8 Gigawatt, according to statistics presented by the World Wind Energy Association (WWEA). It is important that governments continue to embrace renewable sources of energy because of their vital importance in the coming times.

Portable home wind turbines are becoming increasingly popular. Wind turbines work great when paired with a solar array as it maximises your capacity to produce energy. During the day, the solar panels can soak up the sun’s rays, while your wind turbine can generate power with the gusts of wind in the evening.

3.4 Viability of alternate power systems during a nuclear conflict

Some may question the viability of solar power in the event of a nuclear conflict. The reasons for this are twofold :

Water is the most abundant compound on Earth and is essential for life. It exists in liquid, solid and gaseous states. However, freshwater makes up a very small fraction of all water on the planet. While nearly 70 percent of the world is covered by water, only 2.5 percent of it is fresh. The rest is saline, and ocean based. Out of all the freshwater, just 1 percent of it is easily accessible, with much of it trapped in glaciers and snowfields. The fact of the matter is that only 0.007 percent of the planet’s water is available to sustain its 7.4 billion people along with all the animals, birds and plant life. In short, water is a very precious commodity, which apart from drinking needs is used for many other critical activities such as washing, cleaning, sanitation, farming, etc.

The National Academies of Sciences, Engineering, and Medicine determined that an adequate daily fluid intake is :

The quality, nutrient content, and availability of water differ throughout the world; variation depends on many things, including climate, location, and the economic status of the country.

In unstructured situations such as war and natural disasters, the availability and quality of water can change drastically. During wartime or other conflicts, water supply systems are very vulnerable to disruption. Destruction of water supply infrastructures (e.g., water mains and treatment facilities), deliberate disconnection of power stations and power lines to water stations, and disruption of the operation and maintenance of water supply systems are among the tactics the opposing side may use to destabilise and harm civilian populations. As we have seen in recent conflicts such as in Iraq and Syria, the civilian population often bears the brunt of the collateral damage of military operations. In the case of a nuclear war, we will also have radioactive pollution to contend with, which will contaminate our water sources.

All this can put large sections of society at risk, where even the minimum required amount of drinking water may not be available. Also, even if water is available to some extent, it could be contaminated with various waterborne diseases. The risk of infectious diseases increases with poor sanitation, limited access to clean water and general malnutrition. The collapse of infrastructure related to sanitation and water can lead to an increased incidence of cholera, dysentery and typhoid fever. Even if local authorities intend to send water tankers to help citizens, due to a shortage of fuel it may not be an option.

With this as background, we have put some points together for our readers to think about to prepare for the coming times.

A majority of public water systems are supplied by groundwater and surface water. Surface water includes streams, springs, rivers, canals and lakes. In the event of water shortages due to infrastructure collapse, one will need to consider the alternate water sources given below. 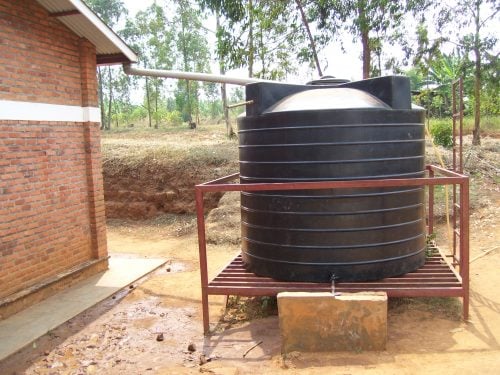 2. Private water wells : Local governmental permissions may need to be obtained to drill a well and specialist help may be required.

3. Use of residential greywater systems : Greywater is wastewater from non-toilet plumbing systems such as hand basins, washing machines, showers and baths. When handled properly, greywater can be safely reused for the garden.

Standard water treatment requires clarification (removal of suspended solids and solid particles), filtration, purification and desalinization, as well as routine maintenance and testing for nutritional value, with supplementation when needed.

It is said that waterborne diseases would probably kill more survivors of a nuclear attack than would fallout- contaminated water. We suggest starting to carry out your own research on how to make water fit for drinking in case of war in your area where the purity of water may be compromised.

If neither safe water nor chemicals for disinfecting it are available during a crisis, store plenty of the best water at hand, even if it is muddy river water. Most mud settles to the bottom in a few days; even in a crowded shelter there can be ways to boil water. Bringing water to a boil for one minute kills all types of disease-causing bacteria. Boiling for 10 to 20 minutes is required to kill some rarer infective organisms. (Wigner, 1979)

If water is treated but not stored in disinfected containers, it can soon become re-contaminated. For long-term storage, it is best to disinfect all water, since even a few organisms may multiply rapidly and give stored water a bad taste or odour. Properly disinfected water remains safe for many years if stored in thick plastic or glass containers that are sealed airtight. For multi-year storage, do not use thin plastic containers, which in time often develop leaks. (Wigner, 1979)

Now is the time to start learning how to use water sparingly, not waste this precious resource and reuse it wherever possible. The more you practice this in normal times, the better you will be equipped to sustain yourself during the war times.

Other miscellaneous points about managing water scarcity during war

The following are some practical tips in random order to facilitate conservation and the optimum use of water in the coming adverse times.