Curiosity about spirituality was a driving force for me between the ages of 16 and 17. Here, it’s important to define what the word ‘spiritual’ meant for me at that stage. The books I read at that time were about how our thinking influences our health and happiness in life. I even practiced what I’d read and it seemed to work – I had become a little more fulfilled, but somehow I was not completely satisfied; and I couldn’t tell why this was so. As a result I read many, many books on esoteric topics that I would term as ‘spiritual’ at that time. However, from my current point of view, all that I’d read could not be termed as ‘Spirituality’ in the true sense. The advice and improvements I read about influenced me only at a physical and psychological level.

Though I was confirmed as a Catholic (Roman Catholic by birth), I never felt very close to my religion or God back then. However it’s true that my education − based on Christian values – helped a lot in the sense of making efforts to be a virtuous person.

I was quite interested in topics which were beyond the explanation of modern science. I tried to learn more about all kinds of phenomena like hypnosis or dreaming but always there seemed to be something missing. Those interests were fun but not fulfilling; this was the realisation that was slowly dawning on me. Hence, I began searching for the purpose of life. Personality development was one station on this way and it taught me to some extent that it was important to imbibe good qualities by putting practical efforts. That was a very helpful teaching for the future. But despite trying to improve my personality there was still something missing which I could not grasp. I was seeking the Truth.

From my current point of view it’s clear that it was first and foremost the inclusion of the spiritual dimension which I felt devoid of because most personal development methods only focus on the physical and psychological levels and are only a means to gain worldly happiness. Hence, these methods were not appropriate for gaining everlasting happiness, or Bliss (Ānand), so I kept seeking the Truth. 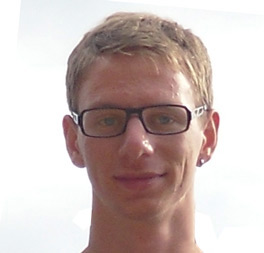 It seems now like the omnipresent Guru Principle was completely tuned into me and my quest. Very soon, the turning point for me came in April 2013. Religious Christian friends invited me to take part in their worshipping group. Although I did not believe in God at that time, I really wished I could believe. Hence I decided to try to develop faith by attending this group once a week. Another factor which made me attend that group was my feeling of loneliness back then – earlier, I had not found anyone interested in personality development or searching for some purpose in life which made me feel lonely.

Those religious meetings caused a huge acceleration. Although I didn’t feel really comfortable in the group, the engagement with God and seeing my group member’s emotions towards God made me contemplate a lot at that time. During that period, it so happened that I did a random search on the net and landed on a page of the SSRF site – I cannot tell now which article it was.

The very practical and universal approach to Spirituality from SSRF attracted me as I was seeking the Truth, in spite of many doubts I had in mind about the truthfulness of the information given there. ‘Why not give it a try?’ was the thought in mind. I felt no force or expectation whatsoever from SSRF when writing via their login facility − which was a very important criterion for me to ascertain the trustworthiness of the organization. Another positive factor was how friendly and attentive each conducting seeker was in the online satsangs (Company of the Truth) and so too in the login facility.

From this, I very rapidly started to implement more and more of SSRF’s suggestions for living a spiritual life and started more and more believing in God. After a while I learned that the word ‘Spirituality’ means ‘pertaining to the Soul’ which is neither our body, nor our mind or intellect and not even our feeling of ‘I’. Earlier I had termed all things as ‘spiritual’ that are somehow unusual or supernatural or just not explainable by logic. However, the soul is a fraction of our one and only God and it is eternal and it’s nature is supreme happiness – Bliss. This is SSRF’s objective; to inform people about the spiritual dimension and how it affects our lives; and what to do with that information, how we can benefit from it.

I’ve read the SSRF site for several hours per day until I could not find any new unread SSRF article. My questions were answered absolutely perfectly – verbally via Satsang or login facility as well as by the information given on the website. Satsang was very, very precious for me especially at the beginning because as I mentioned earlier I used to feel quite alone. This feeling has completely vanished; today there are so many seekers, supporting me, guiding me and practicing Spirituality with me. It’s like having a second family because all are very kind and only interested in achieving spiritual growth together. This feeling of closeness due to contact with seekers right from the beginning increased my faith in the practical effectiveness of spiritual practice.

In the beginning, it was very hard for me to pray. In fact it was impossible to do so wholeheartedly. While praying, I felt like I was muttering empty words without any hope of them having any effect. But with God’s grace, perseverance and other seekers motivating me, this has slowly changed. What I found especially  helpful were prayers said aloud and  jointly with other seekers in satsang along with doing the correct hand position, or mudrā. These sessions were very fruitful because there I could learn how to pray with more spiritual emotion (bhāv).

In addition, during satsang there was the suggestion to set a regular timer and say a prayer aloud whenever the timer went off. I started with one prayer every hour and felt like that was way too much. Despite feeling like that, God compelled me to pray every 30 minutes. Again it felt like it would be too much. And yet again He compelled me to pray every 15 minutes − needless to say, I doubted whether this would be possible. But then, recently God made me pray every 7.5 minutes.

Never did I think it would be possible to increase one’s prayers that much, both, in quantity and quality. Therefore we should just switch off using our intellect whenever it says ‘This is not possible’ because what in life is impossible for God?

Likewise, the same experience is valid with regard to the amount of chanting one does. In the beginning, it was very hard to sit down and  chant for 15 minutes every day. Again, I felt like it would not be possible to do much more of it daily. However, the seeker guiding me said the aim was really to do three hours of chanting per day – unimaginable for me back then.

At one point there was a suggestion made by Her Holiness Lola Vezilić to increase spiritual healing sessions by sitting down and chanting with concentration for two hours per day. I just made an attempt  to do it and with Divine grace I was able to make a large leap from one hour to the suggested two hours per day. Certainly that was only possible due to God’s grace functioning through the resolve of a Saint − H.H. Lola Vezilić. This shows that God is always helping His seekers!

These days similar overwhelming thoughts are coming into my mind, like ‘How would I be able to imbibe all the qualities necessary to become a disciple and be blessed with a Guru?’. But then I remember from experience, how at every stage, the further step of spiritual practice always seems possible. I realised that the very problem with such an attitude was the thought or feeling that ‘I’ was going to be able to do something. In fact, it is only the Guru Principle (God) Himself who empowers seekers to be able to do spiritual practice and He only gets it done. Hence there is nothing to worry about as long as one is willing to go step by step and put in some efforts.

Nowadays, one year after beginning my spiritual journey as recommended by SSRF, I feel much benefit from it. It didn’t happen from one day to another but slowly and over the course of the last months that my overall quality of life has improved in all possible fields.

4. Benefits of spiritual practice under the guidance of SSRF

1. Addictive behaviour: I used to be highly addicted to watching TV serials and playing computer games for 5 to 10 hours per day, depending on whether I had to go to school or not. I filled a really substantial amount of my time on a daily basis with things like that. Due to spiritual practice I haven’t been drawn those things for more than 6 months now. There is no desire now to indulge in those kinds of activities in the first place.
2. Relationships improving: The relationship with my parents, siblings and people in general has improved. We now get along quite nicely. This was not the case earlier, for I was lazy and rebellious.
3. Inner feeling of calmness: Generally I am far less stressed than earlier. I do not fear illnesses which I used to feel quite nervous about, because the knowledge of spiritual principles provides a philosophical view to unhappiness in life. Hence, the acceptance of different situations is easier.
4. More awareness in lifestyle (diet, sports, stress) etc. :

Today, when problems or difficulties occur, it’s easier to bear them because the attitude now is that there is a chance to fulfill destiny and increase surrender unto God.
In short, I have become more and more content in life and feel gratitude to get this chance  to do spiritual practice for attaining eternal Bliss. May the Lord bless us with immense faith in spiritual practice.
– Mr. Adrian Dürr, Germany, Europe