1. Experiencing the omnipresence of the Guru Principle 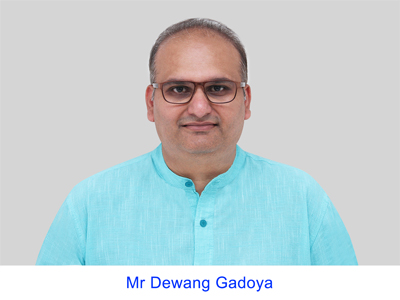 My wife Rishita and I were moving from India to Canada in December 2003. Before we left we had the opportunity to have a satsang with His Holiness Dr Athavale. During the course of the satsang, He assured us that He did not require a visa or a passport to come to Canada as He is always there with us in the form of the unmanifest Guru Principle.

Initially we felt uncertain about various things such as where we would stay and how we would find work. We were able to remain calm despite these uncertainties due to our spiritual practice, but some worry remained.  However, our worries soon reduced. On the first day after landing we easily found an apartment with a low rent. Surprisingly, the landlord asked for minimal paperwork on very lenient terms. A seeker, Rajal was there to help us with the transition of settling into Canada.  Rishita also found a job immediately.

We both felt that all this was a confirmation of what His Holiness Dr Athavale had shared with us during our satsang with Him. We both experienced how the Guru Principle is always present with seekers everywhere.

Editor’s note : When a seeker has made a significant commitment to Spirituality and has potential to grow spiritually, the Guru Principle may support them in settling their worldly affairs so that they can focus more of their time and energy on spiritual practice.

2. Experiencing the omniscience of the Guru Principle

During one of SSRF’s annual workshops at the Spiritual Research Centre and Ashram, Goa, India, I had heard about the qualities of one Saint of our organisation. One of His qualities was to go beyond His individual existence due to His very low ego. I had an intense desire to  imbibe similar qualities, so I prayed to His Holiness Dr Athavale to make me invisible so that I can go beyond my own existence.  Later, His Holiness Dr Athavale met with all the seekers attending the workshop. I had attended these satsangs in previous workshops as a participant. This time when I went to join the satsang, a seeker told me that there was some satseva for me to do outside the satsang hall. After completing the satseva I saw that were no empty seats left in the hall, so I had to wait outside and I would occasionally look into the hall to get a glimpse of the satsang.  As the satsang was being filmed, the seekers involved in the filming were getting disturbed and asked me to sit behind the camera so that I could not be seen. At the end of the satsang as His Holiness Dr Athavale was about to leave, He saw me and touched my arm and asked, “So did you enjoy this?” At that moment, I experienced total stillness from within and become introspective. This was a very powerful spiritual experience for me and I feel it showed how the Guru Principle hears each and everything His seekers desire.