There exists a subtle intangible world that is infinitely vast compared to the entire tangible world that we know of. This subtle world vastly influences our life. Hence it becomes imperative that we know about it. Since this world is in the subtle dimension, it cannot be perceived with our gross sense organs, mind and intellect and can be perceived only via the medium of the sixth sense. This section is devoted to help the readers to test and train their sixth sense and also monitor its development.

1. What is a subtle experiment to test our sixth sense (ESP)?

We define the subtle dimension or subtle world as the world which is beyond the understanding of the five senses, mind and intellect. The subtle world refers to the unseen world of angels, ghosts, heaven (Swarga), etc. which can only be perceived through our sixth sense (ESP).

2. What is the aim of this section of the website?

We are all well accustomed to using our five senses, mind and intellect to analyse and perceive stimuli. This is because our entire education system is geared to teach us only to use our five senses, mind and intellect in analysing situations and problem-solving. Modern sciences generally ignore the subtle dimension as it cannot prove its existence using traditional measurement and analysis tools.

The result is that we grow up:

Through this section we strive to encourage the use of the sixth sense in society. By relearning to use their sixth sense (ESP) people can experience the subtle dimension or subtle world.

3. What is the aim of a subtle experiment?

An experiment (of modern sciences) is conducted to get a deeper understanding of the physical or psychological aspect of the subject in question.

These aspects are beyond any cultural influence or cultural bias. Please read the article on the three subtle basic components.

Let us take the example of a candle and how our perspective changes depending on what medium we use to experience it. 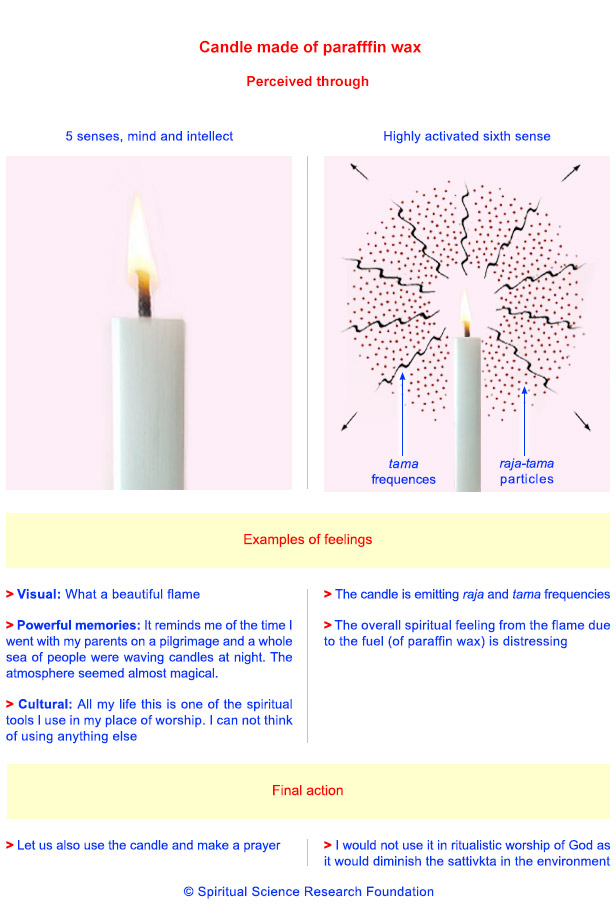 4. Why is it important to know about the subtle dimension?

Unknown to most of mankind, there is a vast subtle and intangible world beyond the understanding of our five senses, mind and intellect. This world is also known as the subtle world, subtle dimension, spirit world, spiritual realm or spiritual dimension. It includes the world of angels, ghosts, heaven, hell, etc. The tangible or known world that most of us are familiar with is very small as compared to the subtle intangible world. In fact the extent of the known world as compared to the subtle world is in the ratio of one is to infinity.

This subtle world hugely influences our life both positively and negatively. Many of the problems and difficulties in our life are due to harmful influences from this subtle world. Our ignorance and inability to perceive and influence the subtle world render us helpless victims to these harmful effects. It also deprives us of the opportunity to enhance our lives spiritually. Since the subtle world affects every aspect and step in our life, having knowledge about it helps us take correct decisions that will help us promote happiness, contentment, success, etc. and protect us from its harmful influence.

5. How does participating in the subtle experiment help?

By participating in the subtle experiment:

6. How to conduct a subtle experiment?

We are trained to perceive the world with the help of our five senses of vision, hearing, taste, touch and smell; our mind and intellect. The filters with which we perceive people, situations and things are based on a variety of factors. They include:

These filters influence our thinking and judgement but they are relative to place, time etc. In the above example of the candle, one would be culturally swayed into perceiving the candle as a good choice for use for prayer. If we were to have a highly activated sixth sense, our decision making takes into account many more parameters that are absolute (i.e. not relative) as is apparent from the subtle view of the candle. When we use our sixth sense in our assessment of things, we are less likely to make mistakes. Let us look at a couple of examples of how this happens. 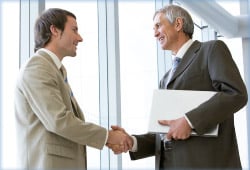 Dave and John are discussing about getting into a business venture together. Dave has not known John for long. By looking at John, Dave feels that John is very professional, really knows his stuff and will be an asset to the venture. However if Dave had an activated sixth sense (ESP), he would be looking to see if John was a Sattva, Raja or Tama predominant person. If he perceived that John was a Tama predominant person, Dave would know that John for all his professionalism in the good times would stoop to the lowest levels in adverse times. As a result Dave would not get carried away by the superficial aspects of John such as his smooth talk or level of knowledge etc. and would not get into a deal with him. 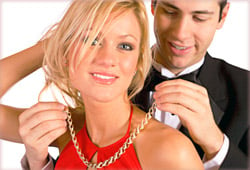 Steve gives his fiancé, Kim a gold necklace which is a family heirloom of his great-grandmother who has now passed away. Kim is flattered by the gesture and vows to wear it as token of their love.

In the same way, when we do a subtle experiment to test our sixth sense, it is important that we ignore physical, psychological and intellectual influences. We need to instead try to perceive the subtle intangible vibrations emanating from the subject. The following are the steps that need to be taken in conducting a subtle experiment.

7. Factors that influence the readings taken in a subtle experiment

When we start trying to test our sixth sense quite often we may get our readings wrong until we build our ability to discern through our sixth sense. The following are the factors that influence the reading we obtain when doing a subtle experiment.

Do not get disheartened if you do not get it right the first time. Over time and with regular spiritual practice your sixth sense will begin to grow.

Do read the article on, ‘Start your spiritual journey.’

8. Shades of answer or perception

When a person has advanced sixth sense (ESP) ability, he can pin-point more and more details about the subtle aspect of a subject. We have provided more information in the following articles

For example, we could use our sixth sense when buying a couch. The intention would be so as to get a couch that would emit positive or Sattva predominant vibrations that would help in a more spiritually conducive atmosphere at home. This in turn would facilitate spiritual practice at home. Couches that are dark in colour generally emit distressing frequencies compared to lighter colour couches.

Hence it is spiritually correct to use one’s sixth sense to determine:

We come across many psychics who use their sixth sense to guide people on various worldly issues. They range from answering questions such as, ‘When will I get a boyfriend’ to ‘Should I take this business venture’. From a pure spiritual perspective, it is considered misuse of sixth sense when it is used for purely worldly matters.

10. What happens when sixth sense (ESP) is misused by a person who is a psychic?