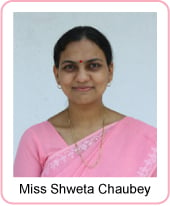 This is a case study of Miss Shweta Chaubey from Goa, India. Shweta has been doing spiritual practice (sādhanā) under the guidance of SSRF since 1998. For the last 2 years she has completely devoted herself towards the spread of Spirituality and helping others understand the importance of spiritual practice.

Since January 2010, in the section on Horrifying supernatural encounters, SSRF has been presenting articles about the attacks of negative energies on inanimate objects. These attacks have been through various means like scratches, tearing, holes, blood stains, etc. Shweta has been doing the Service unto the Absolute Truth (satsēvā) of searching through SSRF’s archives and collecting raw matter about the negative energy attacks such as photographs of the affected items, Divine Knowledge about the attacks, spiritual experiences of seekers, drawings based on subtle-knowledge, etc. She makes these materials available to seekers who present the topics on our website.

The following is a description of Shweta’s experience, in her own words.

2. Experiences prior to the event

“In March 2010, we were developing the section on attacks by negative energies through means of tearing. I would go through various case studies of seekers’ items getting attacked by negative energies. I would interview the seekers and get the details about the incidents.

While doing this Service unto the Absolute Truth, I would sometimes experience distress like pain in my legs while I went to sleep at night, feeling of being drained out and feeling dull or unenthusiastic. Often my mind would be marred with negative thoughts.

Quite often seekers feel distress prior to or after the subtle-attack by negative energies.

At such times, I would resort to various spiritual healing measures like chanting, praying, sitting in the room used by Saints, etc.

I have a pink soft cotton top with a flowery print. It is very comfortable and was one of my favourites. As summer had arrived, I would use it quite often. On 15th March 2010, I got a thought that I should not wear this top too often as it may fade. This was followed by another thought that as I like this top a lot, it may get damaged. I ignored this, thinking it was one of my bizarre thoughts. Little did I realise that it was a premonition about the event which was to follow.

On 20th March 2010, I wore this pink top. There was no hole in it at that time. It was quite a hot day and I was feeling uneasy. I went to my room to drink water. As I stood beneath the fan, drinking water, I noticed that my top had big tears on it near the armpit area. I was completely taken aback as there was no reason for how this could have happened to the top. When I had worn it in the morning there were no tears or cuts. During the course of the day I had not come in contact with any sharp objects or brushed past any rough surface that would have caused the tears to occur. Besides the top was not that old for it to wear out and tear on its own.

Looking at the tears I felt that someone had deliberately torn the top and had taken immense pleasure in the act. I was experiencing pain in my legs at the time. I wondered whether it was due to an attack by negative energies through the tears on the top. I changed immediately.

Below are pictures of the torn pink top. 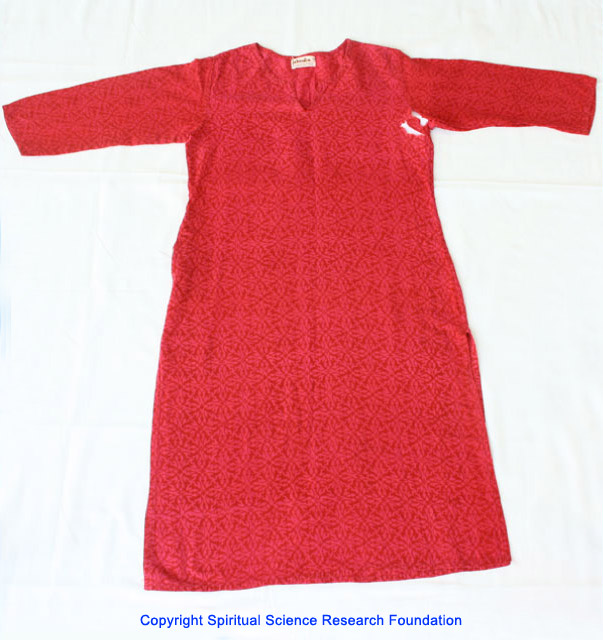 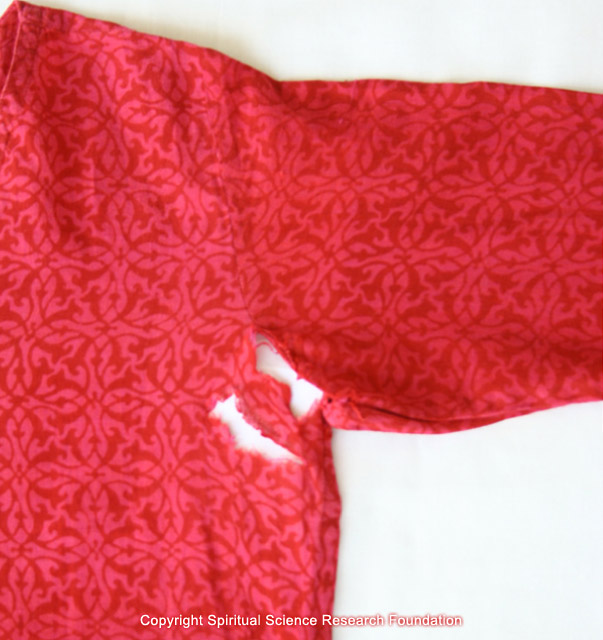 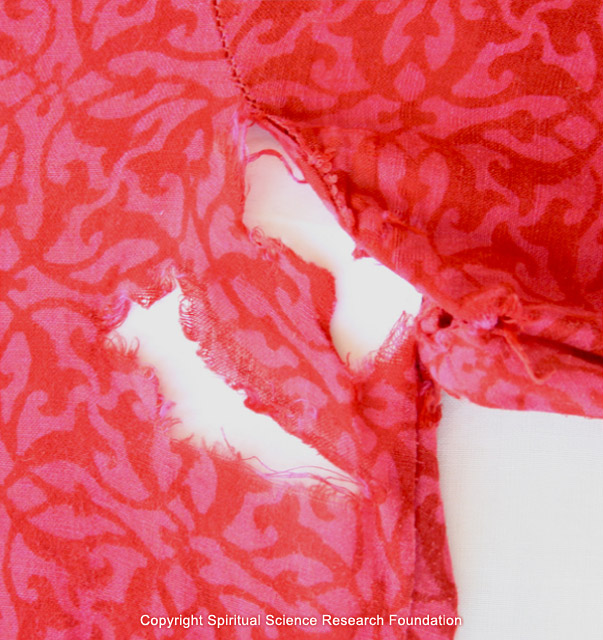 I showed the torn top to Mr. Mukul Gadgil, a seeker from the subtle-department who has advanced sixth sense. He confirmed that it was an attack by negative energies. Later on, I spoke to Mrs. Shraddha Pawar, also a seeker from the subtle-department, about the incident. She spontaneously asked me if I liked the top a lot and whether it was one of my favourites. I said: “Yes”. I was surprised as to how she had known that I liked it very much. She said God had given her the thought.

5. Subtle science behind the attack 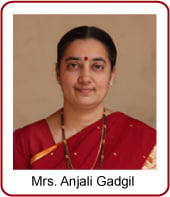 Later on I happened to meet Mrs. Anjali Gadgil, another seeker with advanced sixth sense. She asked me the same question, as to whether the top was one of my favourites. I told her about Mrs. Shraddha asking the same question.

She then explained the science as follows.

The same principle was applicable in my case. Later I slept for a while. When I woke up in the evening, I felt as though someone had hit me hard and I experienced pain throughout my body. Even as I write this experience and send it off for publication, I feel heaviness in the head, breathing is heavy and I feel dryness in my mouth.