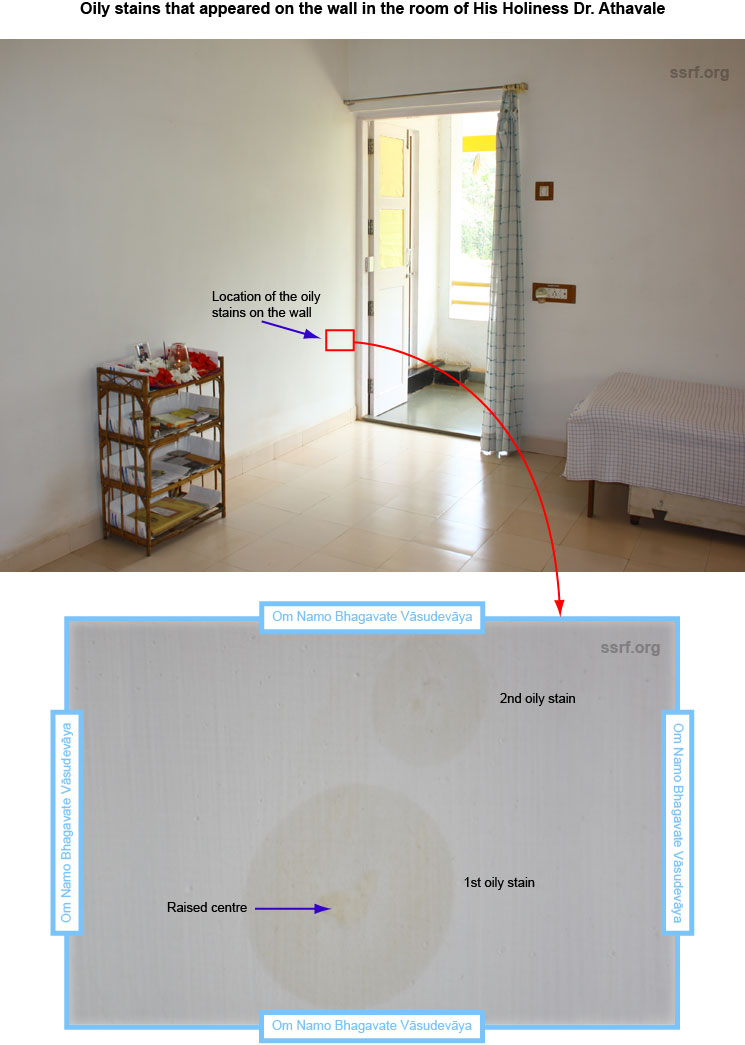 As we looked at the stain, we noticed that there was a small raised centre to it. Through sixth sense we perceived distressing vibrations coming from it. H.H. Dr. Athavale too looked at the stain and confirmed the spiritual research team’s observation of the oily stain being created by negative energy and that the raised area was the source where the black energy was emanating from.

While we were talking to H.H. Dr. Athavale in His room a week after the above incident, we noticed a smaller stain next to the previous one, and even here the wall at the centre of the stain was slightly raised. On taking a subtle-reading, we got the same distressing vibrations from the stain. Each stain or mark or distortion created in the environment by higher level negative energies has the potential to constantly emit black energy. The continuous creation of these types of distortions by higher level negative energies in the environment have the potential to seriously undermine the Vital energy (Prana–shakti, Prāṇa–shakti) of a higher level person. Refer to the section – Why are these attacks happening on H. H. Dr..Jayant Athavale?