Prayers for the Gulf Oil Spill

States affected by the Gulf oil spill have made a call to their citizens to pray to God for help in averting the disaster. Need we really experience peril in order to call on God?

A few days ago CNN reported that state senators in Louisiana had proposed a day for prayer against the oil spill that has devastated the Gulf of Mexico since the Deepwater Horizon oil rig disaster on 20 April 2010. “Thus far efforts made by mortals to try to solve the crisis have been to no avail, it is clearly time for a miracle for us,” one of the state senators said.

The Louisiana senators designated 27th June as a day for citizens to ask for God’s help dealing with the oil spill. Their resolution calls on people of all religions throughout the Gulf Coast “to pray for an end to this environmental emergency, sparing us all from the destruction of both culture and livelihood.” 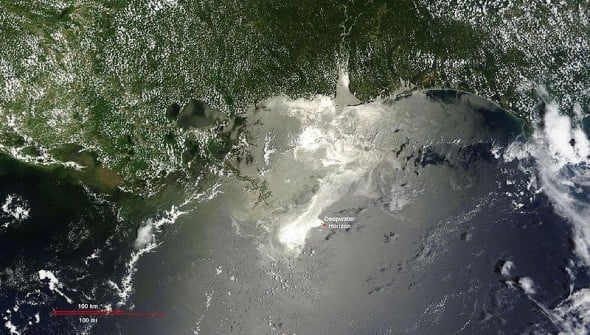 This appeal for prayer has followed almost 2 months of struggles to control the leakage, as described by BBC.

The very fact that lawmakers in Louisiana have resorted to prayer after other attempts to overcome the dire situation have so far failed, shows us that man is far from being in control of the underwater technology used in this energy field. Modern science keeps broadening the spectrum of new technological possibilities, the implications of which are not evident till a tragedy like this occurs.

What actually went wrong? Scientists, workers and analysts are now busy trying to establish the facts that led to the eventual pollution of thousands of square miles or an entire region. But will their fact-finding mission include the underlying cause, that of the polluted human mind?

When the internal mind of man is impure then the external actions easily take a wrong course and make the external environment impure. This is especially evident in the case of man-made disasters such as the Gulf oil spill where selfishness and a race for consuming natural sources of wealth dictate the industry’s actions. But global warming is also an example of it, due to the cumulative effect of man’s incorrect actions, as nature in itself does not work to the detriment of humanity but only supports and enhances humanity.

Only spiritual practice can truly purify the internal mind. However people generally look for spiritual solutions only when they experience grave situations that leave them fraught with tension. But why wait for so much trauma and turmoil such as the oil spill to begin spiritual practice? Why not do it on a daily basis and enjoy happy fruitful lives? It would also help us deal with the spiritual aftermath of events such as these, that lead to a rise in the impure subtle raja-tama components and pressure in the atmosphere which affect humanity at large.

Spirituality prepares us for natural disasters and unexpected events
The real pollution
Causes of global warming and natural disasters
Sattva, Raja and Tama the three subtle basic components of the Universe