Increase in national conflicts indicate the beginning of World War 3

Recently, SSRF published a blog post about recent natural disasters that are on the rise. We have noticed that national conflicts are on the rise as well. Here are some examples of nations in conflict: 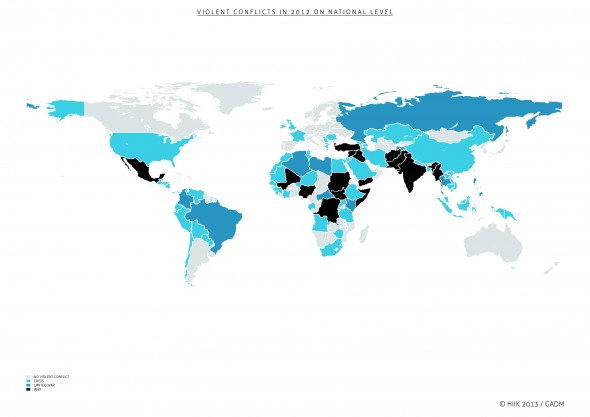 When studying world news, one can learn about how conflict exists in almost every nation. This is a devastating reality. We are now not aware that these conflicts are already marking the beginning of the World War III. National and International conflicts will keep increasing and then the World War III will reach its peak in 2016-2018.

The single most important spiritual factor contributing to the rise of natural disasters, national conflicts, terrorism and political upheaval is a rise in the Raja and Tama subtle basic components. This increase is primarily due to:

A step up in activity of higher level negative energies in the current times.
Society being very materialistic with hardly any spiritual practice.

Spiritual research reveals that such rise in national conflicts indicates the start of World War III. Like most wars, World War III is happening due to the subtle war of Good vs Evil, also known as Armageddon. It is being fought mostly in the subtle-dimension in all the regions of the universe including the Earth region. The fraction of this battle that will play out in the physical plane will have catastrophic consequences for us. There is a possibility of reducing the effect of Armageddon on humankind if we undertake spiritual practice, which is according to the six basic principles of spiritual practice. You can begin spiritual practice simply by chanting and attending Satsang (the company of the Truth).

World War 3
A prediction about the coming times
Predicting the Future
Why is there such a high occurrence of natural disasters lately?