1. Introduction to water in rivers, seas and rain turning red

In the recent past, from approximately 2010 a strange phenomenon has been creating news in the waterways around the world. Water in rivers, lakes, seas and even rain is turning red in colour. Some of these river colour changes have taken place overnight turning large areas of water bodies  turning red. Views from scientists about this phenomenon are inconclusive and cannot explain every occurrence of the phenomenon. There are various theories being examined such as

Some people are of the opinion that this phenomenon is a warning of the times to come, a period of tribulation or Armageddon. As strange as this phenomenon is, it seems that water in rivers, lakes and seas turning red is spreading to more and more bodies of water around the world. Fish and birds are dying by the thousands in such red bodies of water, due to this phenomenon. Sometimes referred to as a “red tide”, these events usually occur in estuaries and along the coastlines, although they can also occur in fresh water. The following table is a time line of this phenomenon. 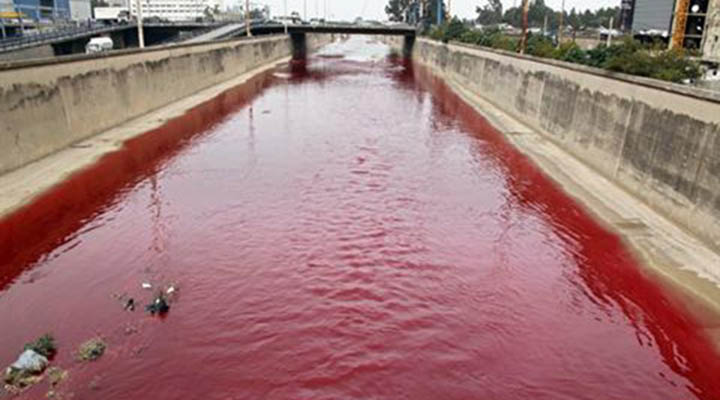 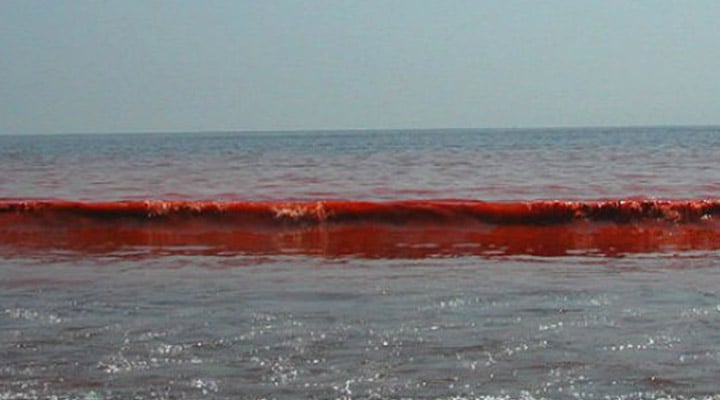 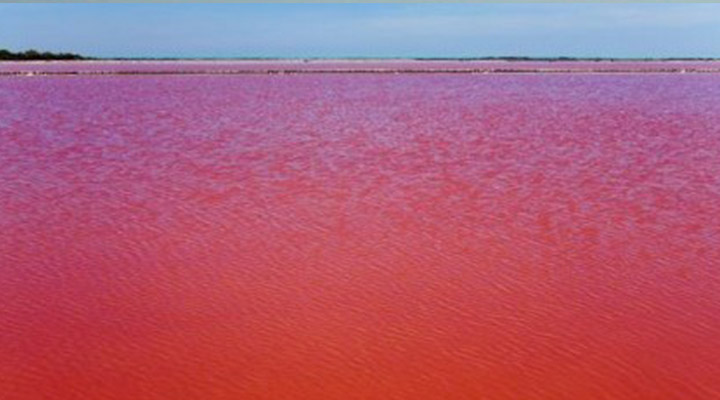 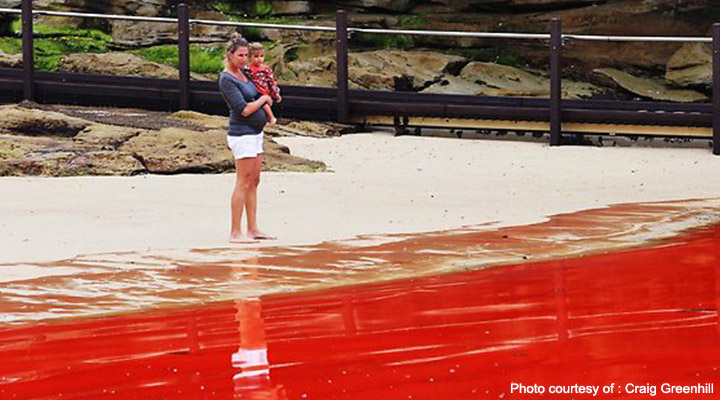 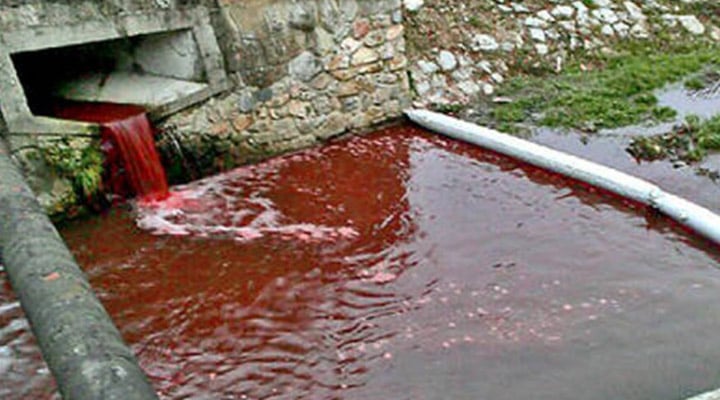 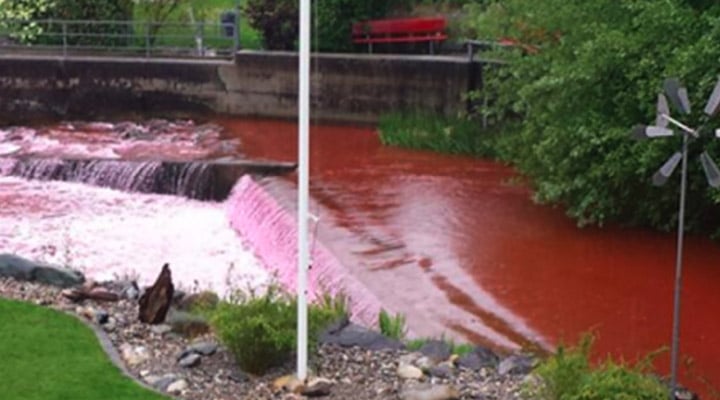 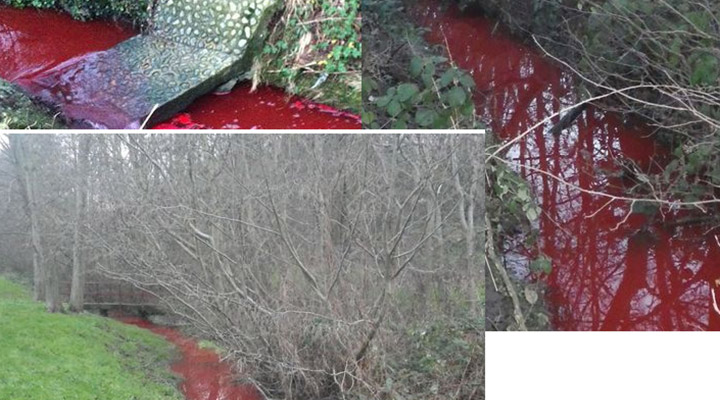 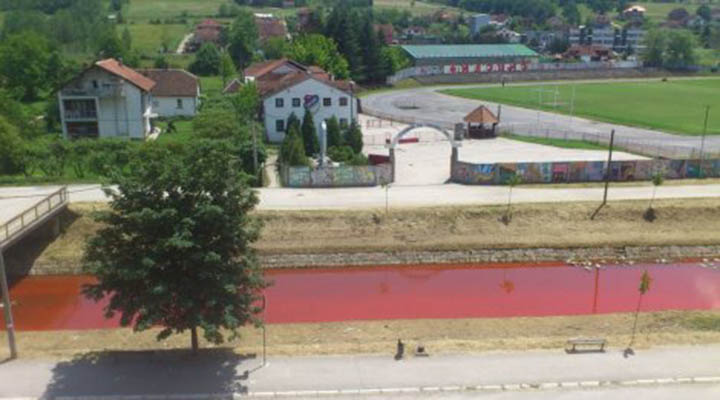 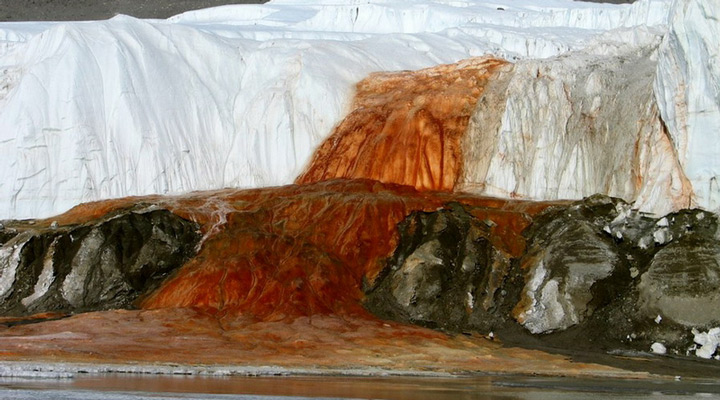 2. An explanation of water turning red from a spiritual research perspective

As a rule of thumb whenever there is a phenomenon that cannot be explained despite best efforts from scientists, it is more likely to have a spiritual root cause. In our article World War 3 Predictions, we have explained that the Universe is in the midst of a huge subtle battle. Most of this battle is fought at a subtle level. However a fraction of the subtle battle is manifesting on the Earth plane and humanity is and will be severely affected. It will result in many worldwide problems, severe natural disasters and will finally culminate in the 3rd World War.

Behind this subtle battle are powerful demonic forces known as māntriks from the lower regions of Hell. There are many things that these powerful mantriks do and can to reduce the spiritual purity (Sattva subtle component) on Earth and increase the spiritual impurity (Raja–Tama subtle) component on Earth.

When there is an increase in the over all Raja-Tama on Earth, there is a destabilising effect on the environment that leads to war and natural disasters. With heightened Raja-Tama levels in the environment, negative energies find it easy to create a war-like situation instantly. The wars and social unrest that we are witnessing in 2013-2014 (and will witness in the years to come) are primarily due to the minds of people across the world becoming unstable (due to impurity of the mind) and negative energies working through people to create such conflict. In this subtle battle mantriks are taking every opportunity to increase their power and to reduce the sattvikta on Earth. The scientific community is limited as it tries to understand phenomena only by the means of the intellect. However phenomena such as water bodies turning red cannot be explained just by the use of the intellect, as the cause of the phenomenon for most parts is due to elements in the spiritual dimension. When the root cause is spiritual in nature it can only be explained by spiritual research or with advanced sixth sense.

3. How do negative energies become a cause for water turning red

Higher-level negative energies such as mantriks from the spiritual dimension cause water to turn red just by their supernatural powers (siddhis). However, to make something happen from scratch takes up a lot of energy. So that they do not waste their spiritual energy, they use the medium of Raja-Tama predominant plant life and fish to create such red colour. The basic nature of algae’s is Raja-Tama predominant. Mantriks use spiritual black energy to fuel an algal bloom. They infuse algae with black energy. (An algal bloom is a rapid increase or accumulation in the population of algae (typically microscopic) in an aquatic system.) When multiplying, algae also help to multiply the black energy and distressing vibrations in the water.

Another method is that mantriks take control of fish and other aquatic creatures that are more Raja-Tama predominant and use them to create the red colour in water. As fish are highly mobile such distressing frequencies are easily spread through large areas of water bodies. Species are especially infused with black energy during their breeding time. Then just by their respiration itself a school of fish can pump out large amount of distressing vibrations. Also by tainting marine life with black energy, mantriks indirectly affect people when they eat the affected fish. Using such practices mantriks exponentially increase the presence of black energy and distress in aquatic systems.

With their supernatural powers mantriks can also affect clouds to make red rain that has been seen in places such as Kerala, South India and Sri Lanka. The minute particles found in the rain in Kerala are nothing like scientists have seen and are in fact actually caused by mantriks. These cells can undergo rapid replication even at an extreme high temperature of 300 °C. In the diagram above particles from the red rain in Kerala, India are seen under the microscope:

1. Particles from red rain sample from Kerala as seen under a microscope (Source: Wikipedia)

3. If one looks at the particle more closely one can see a face in it. When negative energies attack objects they sometimes leave an imprint of their form.

Mantriks turn rain red by using or modifying particles/micro organisms to create distressing vibrations on Earth. They generally do not create particles or organisms as it wastes too much of their spiritual energy. However they can modify or alter the properties of an existing particle or micro organism considerably so that it seems like something new has been discovered.

4. Use of the Absolute Cosmic Elements

Mantriks through their supernatural powers (also known as siddhis in Sanskrit language) use the 5 Absolute Cosmic Elements to achieve destruction on the Earth plane. Since people are mostly made up of the Absolute Earth and Absolute Water element, mantriks therefore use these two Absolute Cosmic elements to the maximum to affect the human constitution and humankind. The Absolute Air element is also used in the large-scale dispersal of distressing vibrations as they can be easily transmitted through this medium.

So also the seabed under the affected water body also becomes affected.

The mantriks focus only on those regions where the environment is conducive for the growth of Raja-Tama components. All in all these affected places become store houses of distressing energy that will be used to orchestrate World War 3!

5. Significance of the colour

So what is the significance of colour in these attacks?

6. Can this phenomenon of water turning red be avoided?

If humankind makes a supreme effort to adapt its lifestyle to a more Sattva (positive) predominant one, then there will be reduction in the Raja-Tama in the world and an increase in the Sattva component. This includes reducing personality defects such as selfishness, greed etc., and starting spiritual practice. It is imperative that in order to make a difference, spiritual practice undertaken needs to take a more universal form rather than a sectarian form. Spiritual practice according to the six basic principles of spiritual practice is the most conducive means for spiritual growth in the current era. Accordingly such phenomena in nature will reduce.

We encourage all our readers to spread the word of the necessity of spiritual practice to others around us, in order to increase the cumulative sattvikta or spiritual purity on this planet.