1. Background of the phenomenon

The following phenomenon was initially observed at the Spiritual Research Centre and Ashram located in Goa, India by His Holiness Dr Athavale who is a Paratpar Guru and is the founder of the Maharshi University of Spirituality. On 30 Dec 2015, when His Holiness Dr Athavale looked out of the balcony of His study room towards the sky at night, He experienced something quite unique. He found that as He continued to gaze at the sky and the surrounding environment, it began to change both in colour and in brightness (luminosity). This is even though there were no lights in the area where the changes were seen.

2. Set up of the experiment

At night on 31 Dec 2015, the spiritual research team conducted an experiment to examine whether the phenomenon mentioned above could be captured on camera as seen by one’s eyes. As the video cameras, currently available with the research team are not capable of capturing such changes in the environment in very low light conditions, a still camera was used for the experiment.

The following pictures show the setup of the experiment and the elements in the final frame. 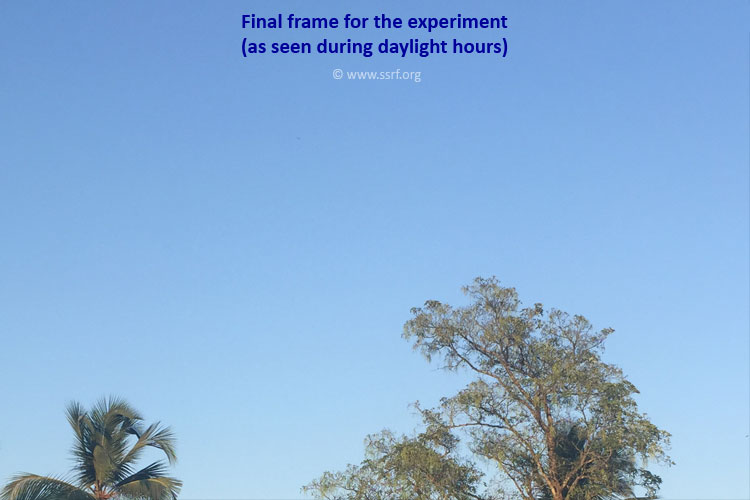 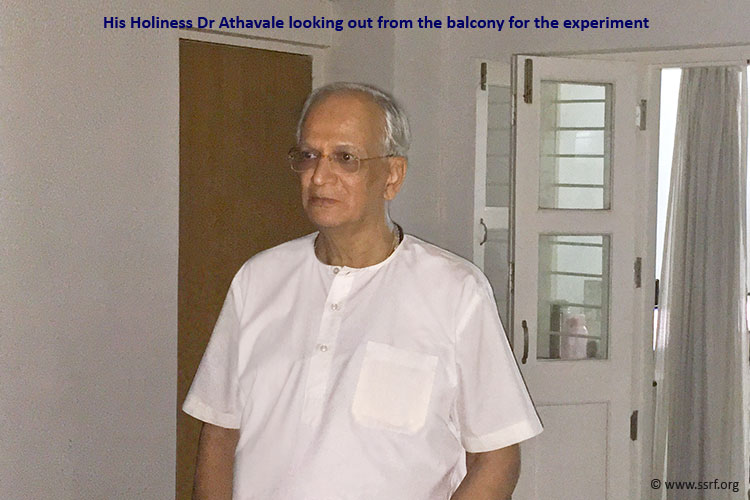 The experiment was conducted over almost an hour i.e., between 22:01 and 22:56. We took readings as frequently as possible allowing for an elongated exposure time of 20 seconds per picture. A total of 46 pictures were taken during this period.

To measure differences in colour and luminosity in the photograph, we used Adobe Photoshop – a picture editing software. We used the following steps for the analysis

In the slideshow below, some sample pictures from the experiment have been displayed. One can see changes in colour and luminosity especially around the area of the tree on the right-hand side. The exact time the picture was taken is given on the top left-hand side in the time format [hh:mm:ss]. The changes in each picture are best observed when the slideshow is viewed in a darkened room. 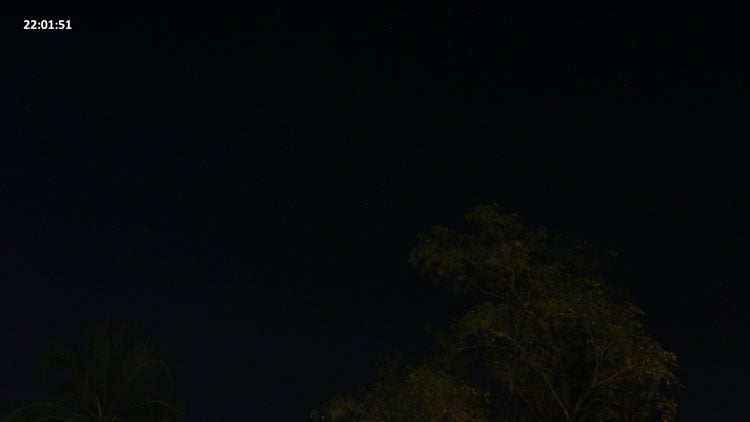 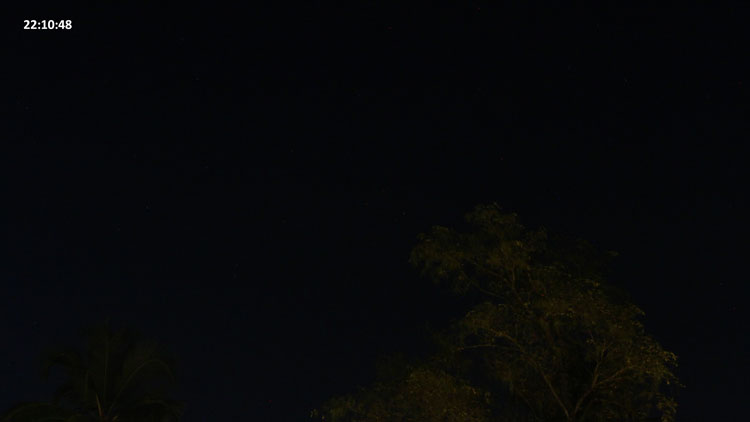 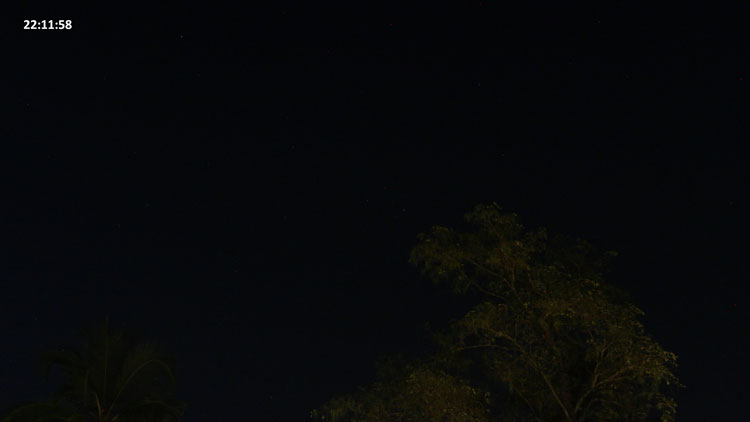 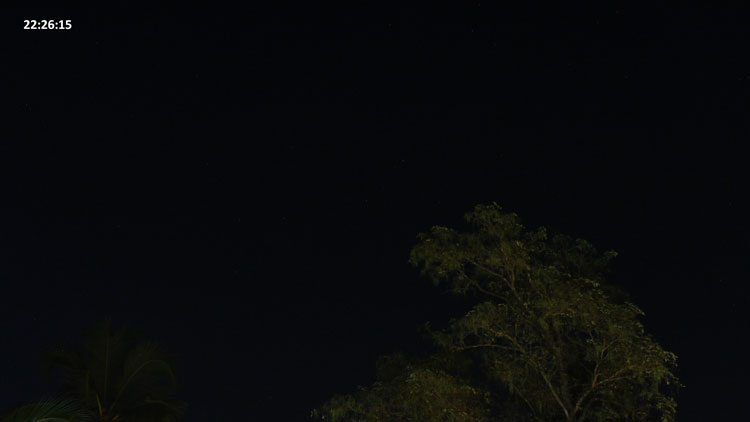 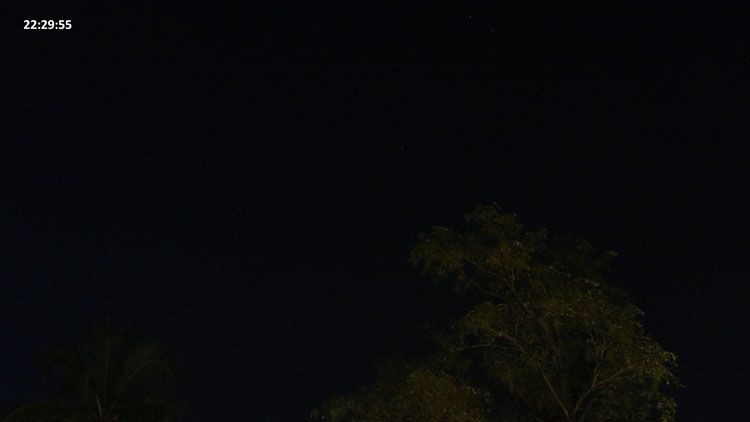 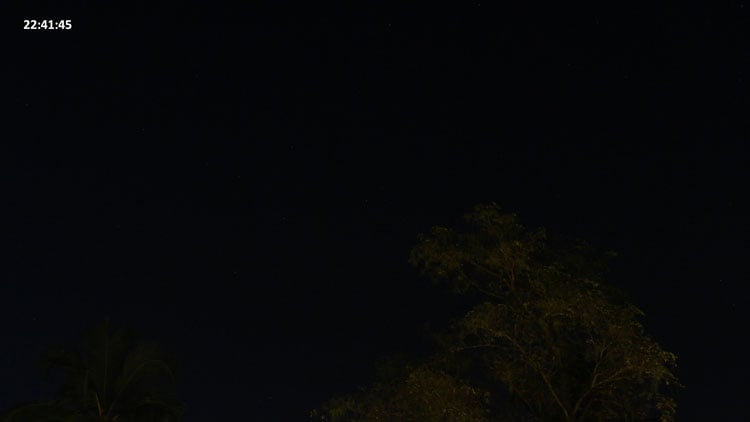 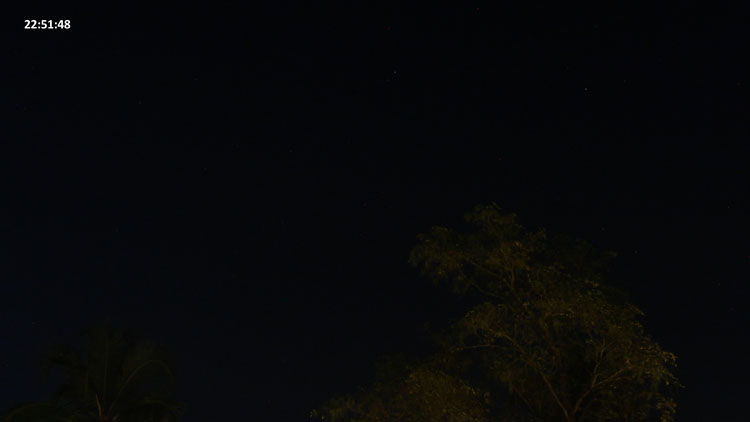 The following two charts show changes in colour and luminosity. The first chart shows how the colours in terms of RGB values changed over the course of the experiment. The spikes in values in this chart can be correlated to the changes in hue in the images in the slideshow above. In the chart below one is able to see definite spikes of brightness (luminosity) while HH Dr Athavale was present on the balcony gazing out into the open and even while He was not. In fact, the biggest spike in luminosity was observed just after He left the balcony. 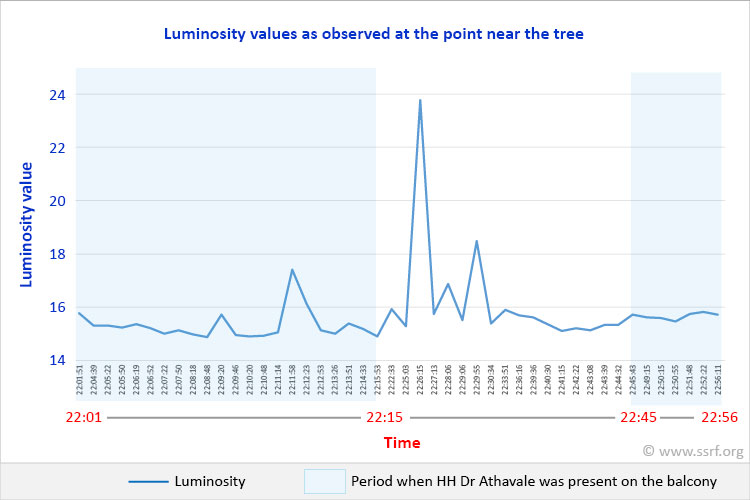 These observations open many questions and also reinforce some spiritual concepts :