1. Definition of an experience and a spiritual experience

3.1 Divine particles in the room of Her Holiness Mrs. Ashalata Sakhdev 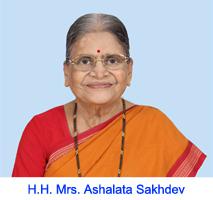 3.2 Divine particles appearing on the computer screen of His Holiness Dr. Mukul Gadgil 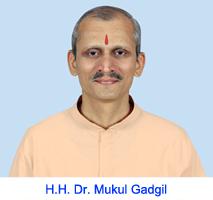 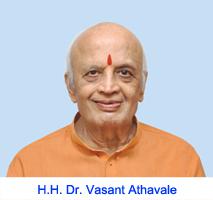 4.1 Unique appearance of Divine coils in the home of Ms Lola Vezilić 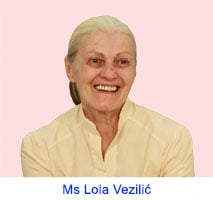 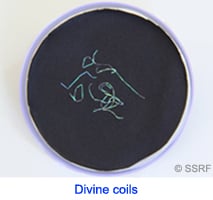 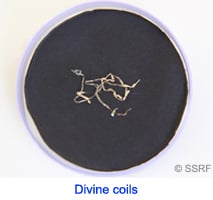 On 10th July 2012, I was cleaning the room in the afternoon as seekers were coming in the evening for a satsang. I took a new mop to clean the floor with water and gomūtra. After a few minutes I saw something shining on the mop. There were numerous golden, silver and transparent Divine coils intertwined in the braids of the mop. I collected some of them and took another new mop and continued to clean floor. After a few minutes I saw that the same Divine coils appeared on the second mop too. I immediately called H.H. Cyriaque Vallee to show him the Divine coils that were found on Skype video. As it was difficult to see them on camera, I sent samples to SSRF’s Research Center.

4.2 Showering of Divine particles on seekers due to Mrs Yoya Vallee 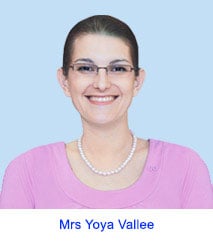 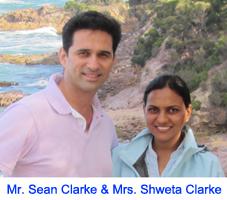 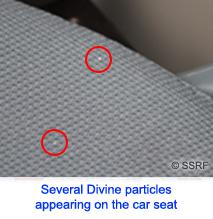 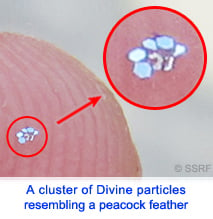 We had read that Divine particles were appearing all over the world due to God’s grace so we were alert and on the lookout for the Divine particles. During that period I was making efforts to enhance spiritual emotion (bhāv) to do every activity to reach God. Later that day I was at the local car wash washing my car and God gave me the spiritual emotion that I am washing His chariot. After the washing of the outside, I went over to the vacuuming station to clean the insides of the car.

As I was vacuuming the front passenger seat I noticed innumerable bright shining particles. It did not register that they are Divine particles and I was vacuuming harder. Then God gave me a jolt and made me realise that they are Divine particles. I stopped vacuuming immediately and left for home, throughout the short journey I felt that God was sitting next to me in the passenger seat and I was going home with Him. I kept chanting. The experience aroused such a lot of spiritual emotion that I could hardly breathe.

When I reached home I called my wife Shweta and we both saw the entire back rest of the front passenger seat studded with shinning Divine particles. Both of us got tears in our eyes as even though we had wished to see Divine particles, we never thought we would as we did not have enough spiritual emotion. There would have easily been in excess of 50 Divine particles on the seat. We also began to realise that the Divine particles were of different colours. And that they were changing colours. The colours were gold, pink, turquoise like peacock feathers, blue, silver and copper colour. We also realised that some of them were actually an amalgamation of different shapes which were not noticeable to the eye. We felt like this resembled a peacock feather. This spiritual experience showed that just how kind God is and that He is everywhere.

4.4 Divine particles appearing during the Vedic ritual of waving a lit lamp in front of Mr. Jaime Vizcarra on his birthday 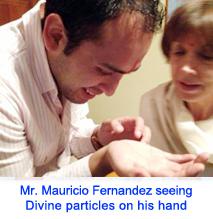 For the first time, I participated in a Vēdic ritual to celebrate the birthday as per the lunar calendar of a seeker. During the ritual I had the opportunity to learn about the ceremony, and something that I learned was that some of the articles used in the ritual attract the Divine subtle-particles of the Deities in the Universe. After the ritual, one of the seekers said that we could look around to see if we could find any materialised divine particles, and all of us started looking at our hands. When I saw my right hand I found a number of divine particles in it. At that moment, I felt a lot of Bliss (Ānand), pure happiness, because of what that represented. For me, it was a clear sign of the existence of the divine principle of God, which was materialised in my hand. Also, I had the spiritual emotion that God was right there, in my hand. 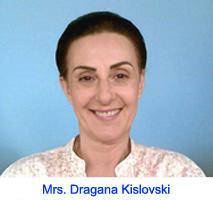 On 26 December 2012, my husband and I went to the home of my sister and brother-in-law who live in Belgrade, Serbia in Europe to wish happy Holidays and bid them farewell as we were leaving for a one year stay at the SSRF research center. Their family consists of 6 members. Each time we go to their home we have a Satsang as they are spiritually inclined and are doing a form of spiritual practice in daily life by accepting, sacrificing as well as having spiritual emotion on their Orthodox Christian path and doing the rituals as advised by this religion. 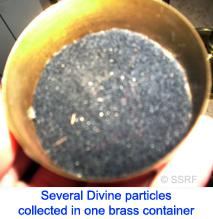 After some 2 hrs, we were about to leave and at that time, I noticed glittering particles on the white cloth with which the dining table was covered. There were hundreds of them of all colours: silver, golden, pink, reddish, blue and green! At first we ruled out any possibility of this being of some other origin, and then realised that they are indeed Divine particles. After seeing them on this cloth, we saw them on the newspaper that was on the same table, under the newspaper, under the cloth, on the tie of my brother-in-law, on the chairs, on the small living room table, on the kitchen table where my niece went to eat and after some time on the sweater of my brother-in-law, and on the faces of nephews and my husband. They seemed to have been appearing for more then 30 minutes. 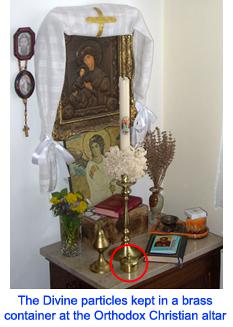 We started collecting them in one small jewellery box with black velvet at the bottom so that they can be seen, akin to how we keep them at the SSRF research center. My sister placed the Divine particles at the altar and prayed in gratitude. We felt that this was God’s way of telling us that He is there for them, is taking care of them and will take care of them. 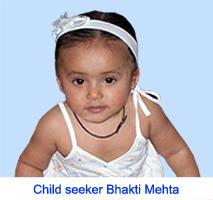 One evening while I was combing the hair my daughter Bhakti, I suddenly perceived a lot of heat generating in my body. It was at that moment I found two golden Divine particles in my daughter’s hair. I realised that due to these Divine particles, spiritual healing was occurring on me. After I finished combing her hair I was feeling pleasant and calm. It was only due to God’s grace that He gave me this experience.

4.7 God sending me a message through the spiritual experience of finding a Divine particle about how when we pay obeisance to God he makes our ego reduce 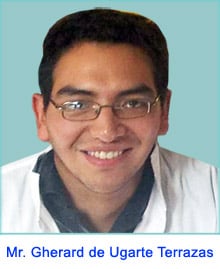 On 22.04.2013 I woke up early to do spiritual healing. I was preparing myself to sit down and chant looking at Shreekrushna´s photo. I did namaskar to Him and then when I opened my eyes I saw a Divine particle on the mat where I do spiritual healing sessions. My spiritual emotion awakened very much and carefully I was able to collect the Divine particle. I observed it very thoroughly and could see that it had a peacock colour. I feel that God is sending me a message through this spiritual experience, He is telling me that each time that we pay obeisance to Him, our ego reduces more. From now on I will pay obeisance to Him every day for eternity. Gratitude to God.
– Mr. Gherard de Ugarte Terrazas, La Paz, Bolivia, South America

5. Contacting SSRF with your experiences regarding Divine particles

The appearance of Divine particles is a unique phenomenon in the Universe. If by any chance you observe or experience Divine particles on yourself or in your home, please contact us at our Login comments section.

My Name is Abhiram Rao. I am 18 years old and am doing spiritual practice of chanting the Name of God for some time. On 22 April 2013, all of a sudden many silver coloured particles appeared on the palms of my hands. They kept appearing even after i washed my hands. Then I got the thought to record all on video. I am very grateful to God for this experience.