Explains the spiritual science behind the appearance of spontaneous scratches

In discussion groups and paranormal portals on the internet, one can find many experiences of common people around the world who have witnessed scratches appearing on someone’s body or an item, without any apparent physical reason. However, by and large, most of these accounts are left wanting an explanation of their true cause.

In this article, we explain the spiritual science behind spontaneous scratches created by higher level negative energies. 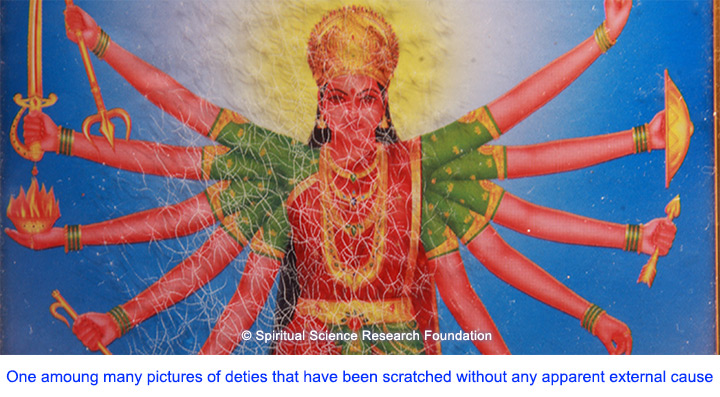 2. Reasons why scratches are formed

In the table below we give the minimum spiritual strength of an attacking negative energy that is creating scratches, depending on the type of scratch.

Other than depleting the vital energy of the affected person or seeker and throwing black energy on them, scratches and figures created by negative energies (e.g. on floors and walls) cause distress in the following ways:

In this sub-section of Horrifying Supernatural Encounters, we have provided a number of case studies to show various examples of how this phenomenon of spontaneous scratches occurred, and how the seekers who were attacked dealt with the attacks on a spiritual level.