1. The disappearance of Mahesh

Other seekers in the research centre came up with fragments of information about Mahesh’s whereabouts that afternoon:

2. The search for Mahesh after his disappearance

3. Mahesh is found but has amnesia

At a few minutes past midnight, Priti’s phone rang, and Mahesh was at the other end of the line. He sounded quite normal but he had no clue where he was or how he got there. Priti was very relieved to hear from him. She urged him to look around and check if he could see any signs which would give them an idea as to where he was. He replied, “I see a sign saying, ‘Pune Railway Station’”. Priti and the other seekers with her were in a state of disbelief on hearing where he was, as Pune was about 500 kilometres away and on average, it took about 10-12 hours to drive there from the spiritual research centre in Goa. Priti told Mahesh to stay where he was and that someone would be coming to pick him up. Mahesh went on to say that he could not move anyway as he felt that H.H. Dr. Athavale was holding his hand in the subtle-dimension, not allowing him to budge.

Mahesh was displaying signs of a fugue state along with transient global amnesia. A fugue state, formally Dissociative Fugue (previously called Psychogenic Fugue) (DSM-IV Dissociative Disorders 300.13), is a rare psychiatric disorder. The DSM-IV defines it as:

Seekers practicing Spirituality under the guidance of H.H. Dr. Athavale in Pune, were contacted to pick Mahesh up. When they reached the site, they found Mahesh still standing where he had made the phone call but he had lapsed back into a state of transient global amnesia and the only person he remembered was his spiritual guide, H.H. Dr. Athavale. He did not even remember his own name nor that he had a wife and that he had just spoken to her. However, the fact that he was in Pune after having driven throughout the evening, showed that his procedural memory (i.e. automated skills), such as the skill of driving, was still intact.

SSRF’s Comment:The facts that unfolded around Mahesh’s journey were quite astounding.

Through spiritual research we found that the cause of the amnesia was purely spiritual in nature and due to a subtle-sorcerer who possessed Mahesh. Over the next couple of weeks, Mahesh started to regain his memory. Here are some of the highlights of his journey back to regaining his memory through spiritual healing remedies alone.

SSRF Comment: The Divine consciousness generated from the spiritual healing sessions at the research centre was battling with the subtle-sorcerer on the subtle-level and hence the subtle-sorcerer would protect himself by chanting specific mantras. This also endorses the fact that spiritual energy can travel across great distances in real-time.

SSRF Comment: In order to stare into a Saint’s eyes the manifesting entity has to expend a lot of energy and hence it averts its gaze. In the image below the entity is able to look at H.H. Parshram Pande Maharaj because His eyes are closed and He is in a meditative state. 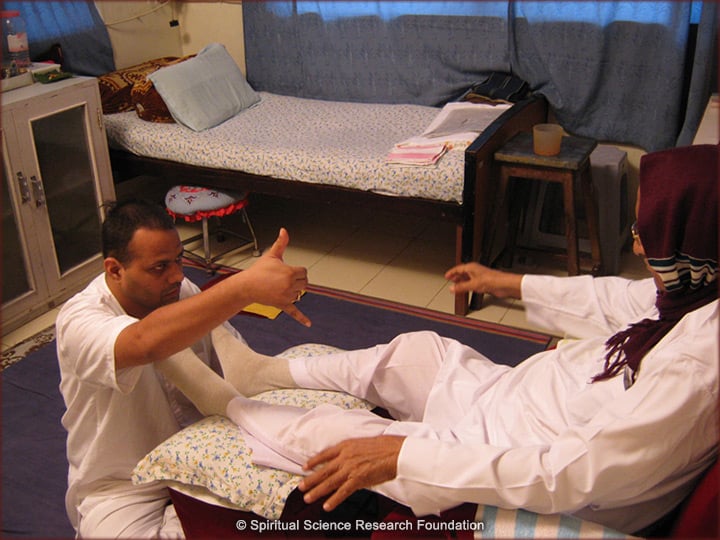 The subtle-sorcerer manifesting in Mahesh (left) doing various mudras during a spiritual healing session with H.H. Parshram Pande Maharaj (right), who is in a state of meditation. 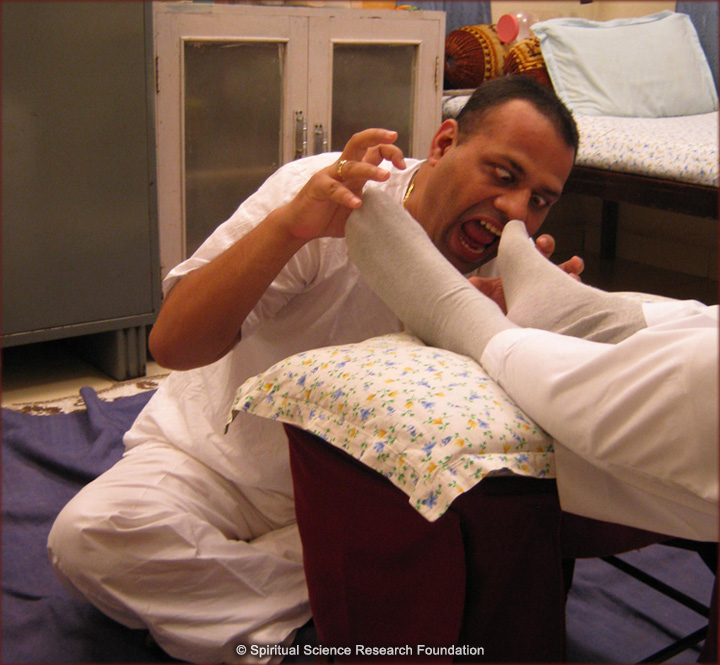 Here the possessing subtle-sorcerer wants to physically attack H.H. Parshram Pande Maharaj but cannot do so. 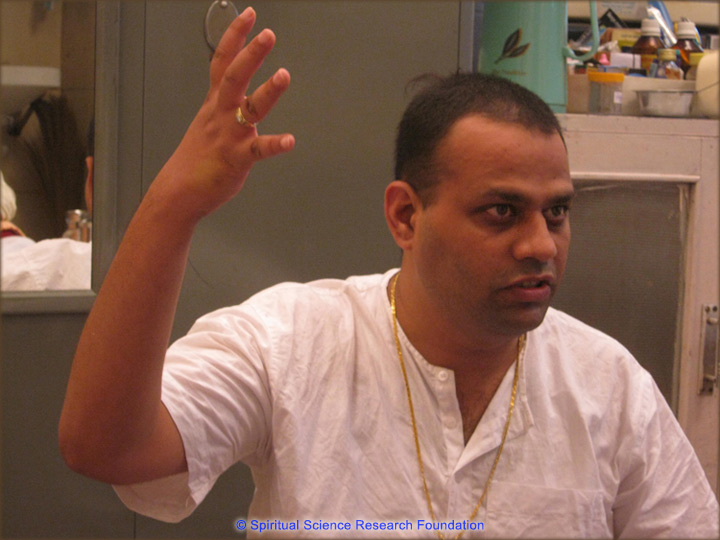 Various mudras and challenging gestures are made by the possessing entity through Mahesh, to intimidate the healer, so as to disrupt and fight against the spiritual healing. 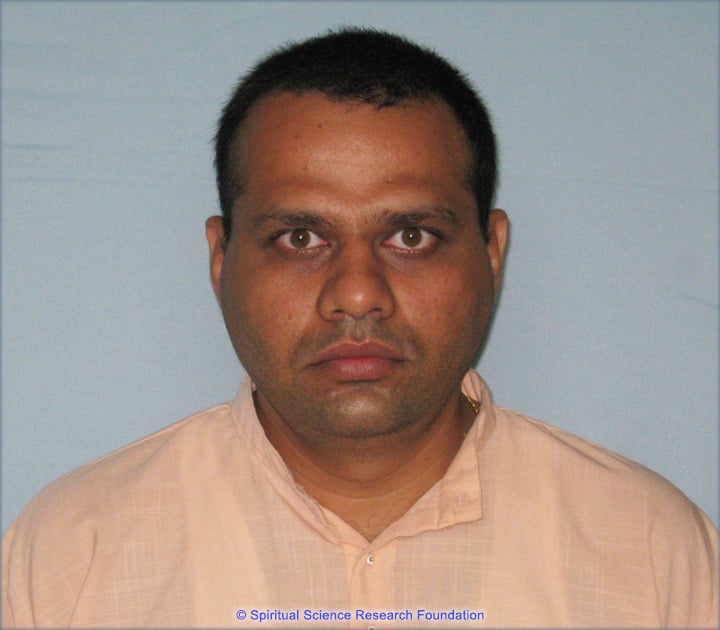 SSRF Comment: Observe the eyes of Mahesh. Quite often when a ghost is manifesting through a person, their eyes are one of the tell-tale signs of the demonic possession.

Read more about the state of manifestation of a possessing entity.