Regional outline: Traditional same sex marriage which is not considered homosexual
(Colors higher in the list override those lower down.) – Source: Wikipedia

Introduction of same sex marriage laws has varied by jurisdiction, being variously accomplished through a legislative change to marriage laws, a court ruling based on constitutional guarantees of equality, or by direct popular vote (via a ballot initiative or a referendum).” – Source: Wikipedia

People do not need a Democracy that is pushing people into the terrain of sorrow; people need governance that will impart supreme Bliss instead : “Looking after the welfare of people in a true sense can be done by keeping people happy and content in materialistic life, showing them the path of Bliss and helping them to tread on this Path. Today, people do not see beyond instant psychological and physical happiness and for this short term joy, sometimes people feel that it is their fundamental right to impose their wrong belief systems and behaviour on others. As a result, people are being pushed into the terrain of sorrow.” – His Holiness Dr. Athavale (31.3.2014)

“The recognition of same sex marriage is a political, social, human rights and civil rights issue, as well as a religious issue in many nations and around the world, and debates continue to arise over whether same sex couples should be allowed marriage, or instead be allowed to hold a different status (a civil union), or be denied such rights. The American Anthropological Association avers that social science research does not support the view that either civilization or viable social orders depend upon not recognizing same sex marriage. Same sex marriages and relationships have been a theme in several fictional story arcs, mythology, cult classics, and video games.” – Source: Wikipedia

“State legislatures have been deeply involved in the public debates about how to define marriage and whether the official recognition of ‘marriage’ should be extended to same sex couples. Seventeen states and the District of Columbia currently have laws that allow same sex marriages.” – Source: National Conference of State Legislatures, USA

Here are some statistics for USA:

The above developments and statistics in relation to same sex couples and marriages and same sex marriage debate show how deep we are now in Kaliyuga (worst of eras).  The average spiritual level of a human being is at an all-time low. Due to this the understanding of what is right or wrong from God’s point of view is lost. That is why it is very easy to influence the minds of people into approving of something that is inherently wrong.

3. Root cause of homosexuality

The main reason behind the gay orientation of some men is that they are possessed by female ghosts. It is the female ghost in them that is attracted to other men. Conversely the attraction to females experienced by some lesbians is due to the presence of male ghosts in them. The ghost’s consciousness overpowers the person’s normal behaviour to produce the homosexual attraction. Spiritual research has shown that the cause for homosexual preferences lie predominantly in the spiritual realm.

According to an evolved Saint Adi Shankaracharya from India (8th - 9th century AD),Righteousness (Dharma) is that which accomplishes the 3 tasks of:

It is natural that the LGBT population has the need to be respected as human beings, and in fact they should be. Nevertheless, legislation of same sex marriages is not in accordance with God’s Law of Righteousness. Legalizing same sex marriages in the name of human rights and freedom does not show progress of society. Actually, it shows its decline. In the human race, we need to know what is right and what is wrong. Just like we teach children not to play in dirty water or eat mud, we need to educate society on what is right or wrong. By failing to do so, we run the risk of further declining in Righteousness and consequently people in society will be more unhappy.

Perhaps more and more people are now realizing that the nucleus of society – family and its natural structure – has been undermined.

“What people want is happiness, but Bliss is a far more superlative happiness. It depends what we want – permanent happiness and Bliss or happiness and consequent sorrow? God means Bliss – no sorrow at all.” – H.H. Dr. Athavale

Both men and women are increasingly unhappy and discontent.  Hence the number of divorces is on the rise in almost all countries of the world. Children are becoming increasingly raised by TV and video games as they are left on their own at early age.

“When marriages like these keep on increasing, since there are no children, human race ends.” – H.H.Dr. Athavale.

The root cause of this problem is that human beings have become more self-centered over time and pursue short-term happiness. The predominant thinking is “I want happiness every moment and for that I will do what I want to do”. When we do as per other’s wish there is sacrifice, and in sacrifice, there is Bliss. We fail to realize that in self-control there is more happiness than living as per our own wish because it decreases ego. The moment ego is less, Bliss is experienced. When ego is completely gone, there is eternal Bliss.

Once the family structure is weak, society becomes weak. Negative energies use this weakness and can rule over society through various people in power. Allowing same sex marriages further contributes to the decline of society.

5. Indulging in homosexual activity or supporting it invites sin

*The above figures are for only one incident. If the above activities are repeated, the sins accumulate.

**Those who do not allow same sex marriages are doing their duty as per the Law of Righteousness.

It is hence not advisable to practice homosexuality or live with another person of the same sex.

In some cases same sex marriage couples have children either from their previous heterosexual relationship, or surrogate pregnancies (surrogacy is an arrangement in which a woman carries and delivers a child for another couple or person) or from adoption. 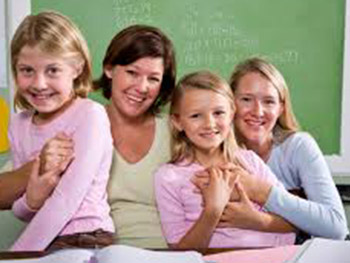 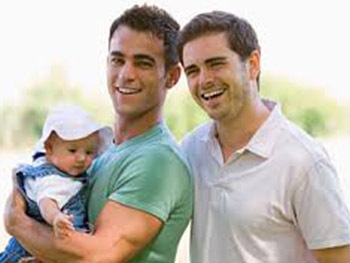 It is one thing to choose to live with a person of the same sex and quite another to involve children in this unnatural union. This happens due to selfishness of same sex couples. In order to satisfy their needs for parenthood, they decide to raise and educate children in a homosexual environment. This affects children adversely as seen in the above table. In psychology this is called ‘modeling’. What children see will feel right to them and they will model (copy) it. It also incurs sin.

“People who are selfish, have only their needs or wants in mind and ‘self’ is their center of attention. Contrary to this, seekers of God have God as their center of attention and consequently acquire protection from God. That is why we need to do regular spiritual practice as per the 6 basic principles, to progress spiritually and naturally move away from selfishness and other practices which are spiritually harmful for us and society.” – H.H. Dr. Athavale

It is hence not advisable to bring children into same sex living arrangements and environment.

8.1 At a psychological level

Hypnotherapy can be used to overcome homosexual tendencies by:

8.2 At a spiritual level

Homosexuality can be overcome by regular spiritual practice as per the 6 basic principles. SSRF suggests some simple steps.

To overcome homosexual tendencies and desires one should perform the following spiritual healing remedies:

By performing the above remedies one can be free from homosexual tendencies and activities and lead a happier and more Blissful life.