Over the past several decades, humanity has seen a rapid decline in righteous conduct, moral values and what is considered good human behavior as well as spiritual level. Under the guise of giving more freedom to people or being more liberal in life, people started manifesting some of their desires, personality defects and ego even in public, which some 100 years ago was unheard of. It is interesting that most people today think that we have progressed since they are observing progress in technology, communication and ‘walking in cosmos’. But the sad thing is that humanity is on a moral and consequently spiritual decline over the past thousands of years. Negative energies have used people’s desires, personality defects and ego to rule over humanity at large more and more in this era of Kaliyug (worst Era).

How did people come to the idea of kissing in public?

Due to overall ignorance about Righteousness, which is God’s law, and the lower spiritual level of most individuals in this Kaliyug era, much of the world has adopted a very liberal lifestyle and attitude, thinking that people should be free to do whatever they want to as long as they aren’t hurting anyone else. We show our desires in public and teach our children and young adults through such conduct that, for example, displaying physical affection in public is a ‘cool’ thing to do.

Nowadays it is common to see, especially in large cities, people embracing and kissing in public places in front of others, such as in parks, public transportation, streets and even schools. 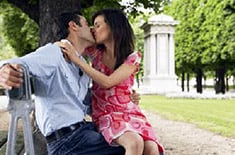 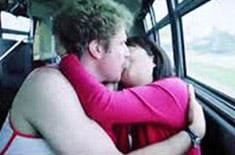 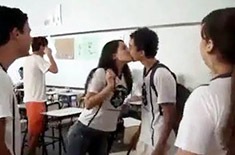 Why is it incorrect?

On a principle level, animals and human beings have certain things in common, namely: eating, sleeping, fear and sex. Animals have intercourse in public. What differentiates us from animals is that human beings do not have intercourse in public because this is not human-like behaviour. If humans began to act in this manner, then their behavior would be brought down to the level of animal behavior. Over the course of time, if such activity continued to happen more and more, society as a whole would start declining.  Consequently, this behavior is not acceptable.  Similarly, we should not be kissing in public.

“The one who is looking at the scene is affected by the scene.” – His Holiness Dr. Athavale

Whatever we see has an impact on us.  For example, if we see a place of worship of God, we will have good or pious thoughts.  If we see something negative our mind will be affected negatively. How we behave in public impacts us as well as others.

“Man is protected by society, society by nation and nation by God.” – H.H. Dr. Athavale

If a child always does what he or she likes, the child will not grow up into a properly cultured human being. Similarly, if we all do as we want it is not good for us and we also harm society. As human beings we have individual and collective responsibility to behave properly in the presence of other human beings in our society.

“People who are selfish, have only their needs or wants in mind and ‘self’ is their center of attention. Contrary to this, seekers of God have God as their center of attention and consequently acquire protection from God. That is why we need to do regular spiritual practice as per the 6 basic principles, to progress spiritually and naturally move away from selfishness and other practices that are spiritually harmful for us and society.” – H.H. Dr. Athavale

Furthermore, kissing in public attracts negative energies and invites the further decline of those people who engage in such behavior, as well as of those who admire it or emulate it.

The more we indulge in kissing in public the more we accumulate negative effect on self and others.

Each time people kiss in public 2% sin is incurred.

Comparative table of sins to understand the above point:

As its frequency increases, kissing in public impacts society at large and eventually leads to its degradation. Since maintaining God’s Law of Righteousness in society ensures happiness, a society that is contrary to this law is bound to be unhappy over time and we are witnessing this in many ways today.

“What people want is happiness, but Bliss is a far more superlative happiness. It depends what we want: permanent happiness and Bliss or happiness and consequent sorrow? God means Bliss – no sorrow at all.” – H.H. Dr. Athavale

Only by educating people about Spirituality and Righteousness and doing adequate spiritual practice, which assures a rise in one’s spiritual level and the experience of Bliss, can society slowly start becoming more righteous, moral and spiritually pure. Living in such a society will be much more pleasant for all.

How not to greet