‘Gay pride’ or ‘LGBT pride Parades’ began at first as demonstrations in the 1950s and 1960s in the United States as a response to a perceived repressive legal and social period for lesbian, gay, bisexual, and transgender (LGBT) people.

In the 1980s there was a major shift in organizing these events. The previous loosely organized, grassroots marches and parades became more organized and larger.

The month of June was chosen for ‘LGBT Pride’ Month. As a result, many ‘Gay Pride’ events are held during this month.

2. Wikipedia explains it as:

“’Gay pride’ or ‘LGBT pride’ is a stance against discrimination and violence toward LGBT people to promote their self-affirmation, dignity, equality rights, increase their visibility as a social group, build community, and celebrate sexual diversity and gender variance. Pride, as opposed to shame and social stigma, is the predominant outlook that bolsters most LGBT rights movements throughout the world. ‘Pride’ has lent its name to LGBT-themed organizations, institutes, foundations, book titles, periodicals and even a cable TV station and the ‘Pride Library’.

3. Gay Parades spreading across the globe

“Real Bliss is experienced through self-restraint.” – His Holiness Dr. Athavale

According to research studies from various countries, it is estimated that the LGBT population represents approximately 5-6% of the world population.

Initially, the Gay Parades were only in the form of demonstrations. However, as time went by and the Raja-Tama pollution in society kept increasing in this era of Kaliyug (worst era), Gay Parades became more and more gruesome. 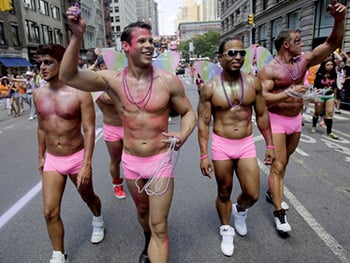 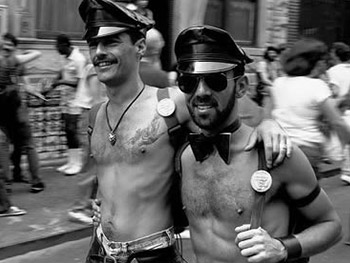 4. Being proud to be LGBT

If a child wants to play in dirty water, do we allow him? Similarly, it is incorrect to live a life without restraint. – H.H. Dr. Athavale

It is natural that the LGBT population has the need to be respected as human beings, and in fact they should be.  Nevertheless, naming Gay Parades as ‘Gay Pride Parades’ is inappropriate from a spiritual perspective because it increases the ego of the LGBT population specificially as it relates to their homosexuality. Pride is an aspect of ego and is thus undesirable from a spiritual point of view.

According to an evolved Saint Adi Shankaracharya from India (8th - 9th century AD),Righteousness (Dharma) is that which accomplishes the 3 tasks of:

Organizing such Parades in the name of human rights and freedom does not indicate that society is progressing. In fact, this evidences its decline. The human race needs to know what is right and what is wrong. Just as we teach children not to play in dirty water or eat mud, we need to educate society what is correct from a spiritual perspective. By failing to do so, we run the risk of a further decline in Righteousness and consequently people in society will become more unhappy. 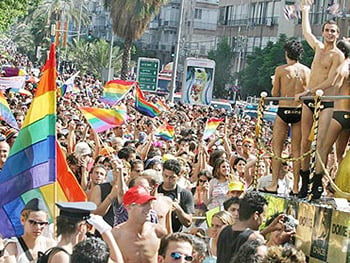 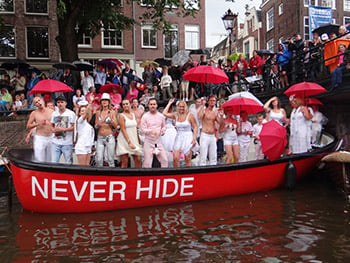 5. Root cause of homosexuality

The primary reason for the gay orientation of most men is that they are possessed by female ghosts. It is the female ghost in them that is attracted to other men. Conversely the attraction to females experienced by most lesbians is due to the presence of male ghosts in them. The ghost’s consciousness overpowers the person’s normal behaviour to produce the homosexual attraction. Spiritual research has shown that the cause for homosexual preferences lies predominantly in the spiritual realm.

Among the LGBT population the primary focus in life is their homosexuality and all else revolves around it. In Gay Parades, there are also elements of exhibitionism and narcissism. It is in a way selfish to showcase one’s own homosexuality. Should the heterosexual community then also showcase their heterosexuality? Basically, sexuality is something private and should be kept private and not displayed in public.

“People who are selfish have only their needs or wants in mind and ‘self’ is their center of attention. Contrary to this, seekers of God have God as their center of attention and consequently acquire protection from God. That is why we need to do regular spiritual practice as per the six basic principles, to progress spiritually and naturally move away from selfishness and other practices which are spiritually harmful for us and society.” – H.H. Dr. Athavale
“An individual is safe if society is safe. Hence, society is more important than individual freedom.” H.H. Dr. Athavale
“Man is protected by society, society by nation and nation by God.” – H.H. Dr. Athavale

Due to being possessed by ghosts, the majority of the LGBT population is more susceptible to being influenced by negative energies who give them thoughts to encourage them to display their homosexuality in a shameless and even aggressive manner.

“In general, even animals are not homosexual.“ – H.H.Dr. Athavale

People who previously had no exposure to Gay Parades or LGBT people yet still have a desire to attend or practice homosexuality are generally possessed by a negative energy who influences their thoughts, desires and behavior. For example, these individuals who watch Gay Parades or go to gay bars and then indulge in homosexual activity follow it at a psychological level. Such thoughts and desires are then accentuated by negative energies.

“The one who is looking at the scene is affected by the scene.” –  H.H. Dr. Athavale

It is observed in some cities that members of the LGBT community are campaigning among college students to come to the Gay Parade by offering them money or other perks.

In some cases, people in a city strongly oppose hosting Gay events and Parades. For example, Moscow’s top court has upheld a ban on gay pride marches in the Russian capital for the next 100 years. (Source: BBC) This shows that even though this trend is spreading, it won’t necessarily spread everywhere. There are groups who are opposing Gay Parades and these groups should be supported, even if such groups are in the minority in a particular country or city.  Remember that even if a majority of people think that something is right, this does not make it is true. For example, if the majority says that drinking and driving is acceptable, does this mean we should engage in such behavior?

8. Indulging in homosexual activity or supporting it invites sin

Comparative table of sins related to this topic

*The above figures are for only one incident. If the above activities are repeated, the sins accumulate.

**Those who do not permit Gay Parades in their city are doing their duty as per the Law of Righteousness.

9. Negative energies are affecting participants of the Gay Parades as well as onlookers and the city itself.

The hosting city where the Gay Parade is held has a direct impact of being affected by negative energies for up to 10 km. Indirectly, black covering (negative energy) over the city increases and it subtly spreads farther than 10 km.

It is therefore advisable:

10.1 At a psychological level

Hypnotherapy can be used to overcome homosexual tendencies by:

Homosexuality can be overcome with regular spiritual practice as per the 6 basic principles. SSRF suggests some simple steps.

Note: The time it takes until homosexual desires completely go away varies from person to person. It can take from a few months to a few years. This depends on various factors, such as the intensity of the possession by the ghost, the strength of the ghost, how long the homosexual behavior was exhibited and how much the impression of homosexuality was imprinted on the mind. However, regardless of the intensity of homosexual desires if a person continues with the remedy with sincerity, these desires will definitely go away.

By performing the above remedies one can be free from homosexual tendencies and activities and lead a happier and more Blissful life. 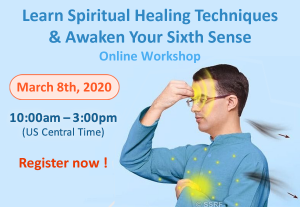