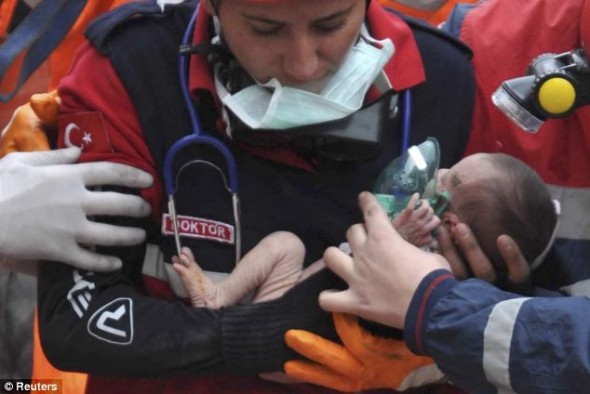 Just a few days ago, a massive earthquake of 7.2 magnitude shook Turkey, in which hundreds of people lost their lives or suffered injuries. Like in many rescue efforts after an earthquake, in the Turkey earthquake too, the rescue workers found survivors – a baby and adults, alive in the rubble after being buried for as many as 4 or 5 days.

It is very heartening that they survived, and while reading such news one cannot but ponder – what makes or breaks the odds of people’s survival beyond the life expectancy of humans when left without food or water? Generally, when something is beyond the limits of being easily explainable by modern science, it has its root cause in the spiritual realm.

Death is one of the pre-destined events in our life. This means that when one’s death is to come, it will come, and if the person’s death has not arrived, that person will remain alive. This is the case of survivors of any accident, natural disaster, plane crash, etc. For the survivors of the earthquake in Turkey too, their destiny played a major role in keeping them alive.

When one undergoes pain such as that inflicted by a major disaster like the Turkey earthquake, it also means one has that much severe destiny to undergo. However, it is possible to face our destiny by doing spiritual practice based on the basic principles of Spirituality. SSRF recommends chanting the Name of God according to one’s religion at birth. One should also chant for overcoming ancestral problems.

What is destiny?
Why do natural disasters happen?
Near Death Experiences