What is the spiritual benefit of sacrificing own life to save others?

In today’s times when selfishness is rampant and there is a general degradation of social unity, ethics and even family structure it sounds very unusual to hear stories of heroes who are doing unselfish acts for others.

The last such incident that we have seen, when the Japanese firefighters willingly exposed themselves to high, even deadly levels of radiation in order to protect their fellow citizens is quite inspiring and admirable. 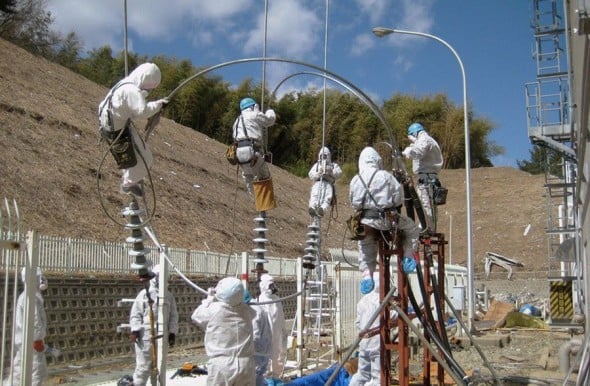 We immediately wonder if we would have been able to do the same in their situation? It also makes us wonder how much these people gained spiritually with this act, because it is quite a high sacrifice to make and one would guess it is a valuable one in the scope of universal law. A similar level of sacrifice is often expected from some other professions such as the police or the army, where one has to sacrifice life for the sake of duty, nation, etc.

We can look at this act from two angles which are also the two reasons we are born: the angle of karmic law, and the angle of spiritual growth on the path to God-realisation.

The karmic law is quite complex, and there are numerous parameters which influence the quantity of merits or demerits which are created. Of all of these parameters the most important parameter is the intention behind the act and that defines which benefit one gains from sacrificing life.

If the intention of the person is to sacrifice his life in order to save one person, or his family members, a karmic account is created, that is, that person he is saving or the family members he is saving will be in his debt. The only case when they will not be in his debt is if through this act he is just repaying the debt from a previous life to that person or to his family. In that case the karmic account gets settled.

If on the other hand the intention of the person is to sacrifice his life for the collective, for the society or the nation, then he gains merits which he will collect either in heaven or in his next life. From the angle of spiritual progress however, in both these cases karma is being created or completed, so the person is not gaining spiritual progress from the act.

We may wonder why would the person not gain a full spiritual benefit from such a big sacrifice? In order for the embodied soul to reach God-realisation one must imbibe Divine qualities and purify all the bodies, including the physical body, mental body, intellect and ego. Sacrificing life is akin to sacrificing attachment to the physical body, but one also needs to sacrifice attachment to all the impressions in the mind, the intellect and one’s own ego. Only then can we experience our inner Divine nature.

About Karmayoga
Sacrifice as one of the steps in spiritual practice

tagged with fukushima 50, sacrifice, save life