So who did create the Marree Man artwork ?

Twenty years ago, in June 1998, a helicopter pilot flying over central Australia spotted the outline of a giant man drawn into the earth. The drawing is still visible, and its size is enormous measuring 4.2 kilometres tall, with the outline measuring some 28 kilometres in length. At the time of the discovery, the outline was 30 centimetres (12 inches) deep and up to 35 meters (114 feet) wide. The drawing is often thought to depict an Aboriginal hunter and has been nicknamed the Marree man after a nearby town. It has also gained popularity as a tourist attraction on tourism flights because it is too large to be viewed from the ground. 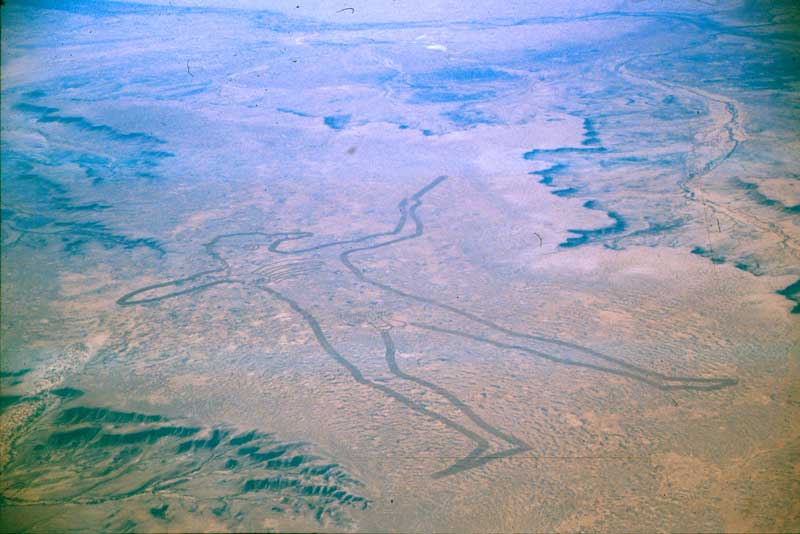 Aerial view of the Marree Man artwork created in 1998

People have long sought an explanation for the elaborate artwork’s origins, yet the mystery of who created the gigantic artwork has not yet been solved. Surveyors speculate that the figure was made by bulldozer and could have taken weeks to complete, yet no one claims to have seen or heard a thing. Only one track led into and out of the site, but no footprints or tire marks were discernible, and a thorough police investigation conducted at the time came up with nothing. Considering that GPS (Global Positioning System) technology was in its infancy at the time, professionals say that it is a remarkable feat by any standard. Recently, the Marree man was back in the news when noted Australian businessman Dick Smith offered an incentive of AUD 5000 for evidence of its creators.

The spiritual research team at SSRF and the Maharshi University of Spirituality, Goa, India have investigated many such extraordinary phenomena including crop circles that have baffled the scientific community. The missing aspect of research in today’s world is the research of the spiritual dimension. Through spiritual research, it was found that the Marree man, like crop circles, was created by subtle-entities from the spiritual dimension. Such artworks are not the result of extra-terrestrial activity of aliens from outer space. They can emit positive or negative vibrations depending on the intent behind the artwork and the type of subtle-entity responsible for it. A subtle-reading of the Marree man shows that it emits somewhat negative vibrations. Negative energies use such art forms to spiritually pollute an area and the artwork, therefore, becomes a source of black energy which is subtle and negative in nature and spreads in the area. As the creators of such artwork are subtle-entities who use their spiritual powers to complete the art, searching for the creators in the physical world will be an exercise in futility.

tagged with Who created the Marree Man Artwork?