Kishore, who helps the publishing team at SSRF, recounts an unusual series of computer failures that obstructed us while publishing matter on the SSRF website

I am a freelance photo-journalist by profession, but in my spare time I have the good fortune of using my skills to serve the spiritual research publishing team at SSRF. Working with a spiritual research team is a unique experience and cannot be compared to working in everyday life. One of the main distinguishing factors is the incredible amount of resistance from negative energies that seekers (of SSRF) face when collating, editing and publishing information on the SSRF website and other associated spiritual journals. Some of the adverse spiritual experiences of seekers have been published on the SSRF website under the section ‘Horrifying Supernatural Encounters’.

I would like to share one such example of a subtle attack on the editorial team of SSRF that I was privy to. The picture below is of a high-end Hewlett Packard notebook on which most of the content and architecture for the SSRF website has been prepared over the last few years. 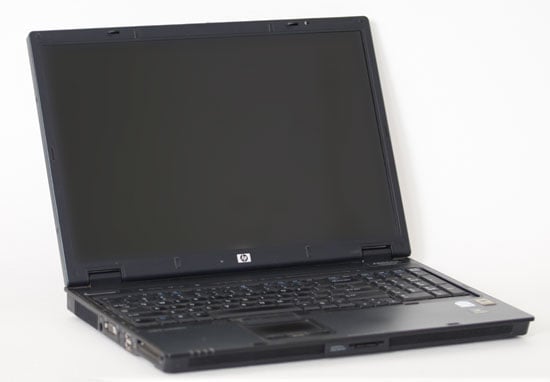 The notebook was bought in 2006 and over the next three years it faced incessant problems; the timing of which quite often coincided with critical junctures in the preparation of important content for the website. The laundry list of problems and replacements that this notebook encountered is quite extraordinary, especially considering the fact that it was a top-of-the-line notebook from HP.

The only thing left to replace was the outer casing. When we asked the servicing agent, he too was very surprised by the number of problems that this notebook had faced as it was quite unlike anything that he had experienced. The subtle department at SSRF, through advanced sixth sense, confirmed that all these breakdowns were due to negative energy attacks. These are just some of the problems faced by the SSRF research team at a physical level in getting this valuable information out to the world.

In my years of association with SSRF, I have learned that negative energies operate throughout society by stealth and that many of the problems both at an individual level and at the level of society are due to them. Most people in society are ignorant of the involvement of negative energies in their lives. SSRF lays out the facts quite plainly about their involvement and the spiritual remedies to overcome them. As a result SSRF also incurs the wrath of negative energies as they like to fiercely guard the extent to which they are active in the physical realm. This is because their very strategy, so as to effect maximum damage, is to work covertly.

The way I see it, these subtle attacks on SSRF are nothing but a back-handed compliment to SSRF by demonic subtle forces. The subtle attacks only endorse the importance of the content on the SSRF website as negative energies do their best to derail it from becoming public knowledge. Having been witness to a variety of such types of obstacles faced by seekers, I have only gained a greater sense of appreciation for value of the knowledge displayed on the SSRF website.

Have you ever experienced excessive computer failure while working on a subject related to Spirituality? Send us your experiences in the comment box below.