An intellectual way to comprehend the existence of the spiritual realm

Many people debate about the existence of the intangible spiritual realm and its immense influence on our lives. It is simply impossible to bring closure to this debate by the use of one’s intellect and modern research tools. The reason is that by definition itself the spiritual realm is beyond the understanding of the mind and intellect. Hence we cannot insist on getting evidence for it through physical instruments like photographic cameras and other electric and electronic gadgets. The spiritual realm can only be researched through spiritual research methodologies, which need a person’s activated sixth sense (ESP). Unfortunately it is rare for people to have an activated sixth sense. 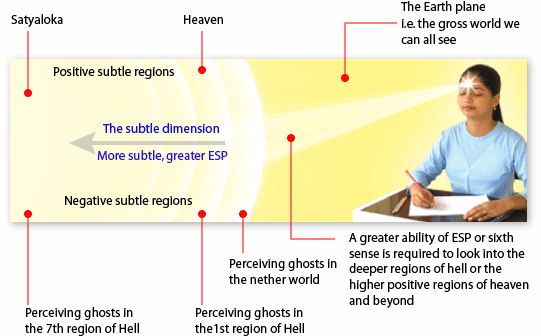 So the dilemma whether the spiritual dimension really exists remains unanswered in most peoples’ minds.

A suggested way to resolve this dilemma is to inspect the outcome of applying spiritual remedies on problems in life.

Let us take the example of a person who has eczema on his hand that simply does not go away even after various skin specialists try to treat it for many years. Modern science views eczema as something that has happened due to some disturbance at the bodily and/or psychological level and hence directs treatment at resolving the disturbance.

Now let us suppose this person suffering from eczema was to undertake a spiritual remedy like chanting the Name of God and gets cured immediately.

The fact that the hand has got cured is a concrete, tangible event beyond dispute for all to see. Now comes the next step, how do we explain the cure?

Thus from examples such as the above, we can understand indisputably that the spiritual realm does definitely exist, even though we cannot see or feel it due to a lack of sixth sense (ESP) ability.

Having said this it will only be prudent to point out that just 2% of the spiritual realm can be understood by means of one’s intellect. 98% can only be experienced by one’s sixth sense.