1. Recovering from a life-threatening illness after His Holiness Dr Athavale was informed 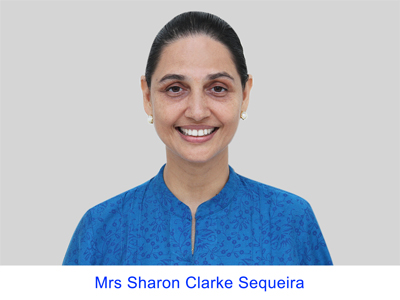 I started my spiritual practice in 1988. In 2004, when my son was about twelve years old, he ate something at a restaurant that made him very sick. After three days, the doctor said that we should take him to Mumbai to be checked by a reputed gastroenterologist. My husband and I immediately flew him to Mumbai, India and when the doctor checked him, he was immediately admitted into the hospital and put on a drip with broad spectrum antibiotics.

Yet even after eight days there was no improvement. By now my son had lost a tremendous amount of weight due to eating virtually nothing. The doctor then did an endoscopy and his prognosis was that we could lose our son at any time. This was because the infection was so severe that if there was any rupturing, the adjoining organs could be infected and it would become life threatening.

My husband and I had the serious conversation that is every parent’s worst nightmare – preparing our minds for the possible death of our child. At the same time we were planning to take him for medical treatment to the US. At that time, my brother called from Melbourne and I told him of the gravity of the situation. As he happened to speak to His Holiness Dr Athavale on the same day, he mentioned my son’s situation to Him. His Holiness Dr Athavale said not to worry and that things will be ok. Soon afterwards,when my brother relayed the message back to me, our son suddenly went into a deep sleep for four hours for the first time in twelve days. When he woke up he said he would like to eat some jelly and then a banana. He looked good and smiled and talked to the relatives who arrived at the hospital after they heard how serious his condition was. A blood test was performed and the results were that his WBC (white blood cells) count was back to normal. The very next day he was discharged from the hospital as there was no infection left in his body. The whole family was relieved and the doctor expressed his surprise as he had never seen such a quick turnaround of an illness this severe. I left the hospital feeling an immense amount of gratitude to His Holiness Dr Athavale and God.

I used to be a fashion model when I started spiritual practice under the guidance of His Holiness Dr Athavale. At that time, He once mentioned that I would one day suffer from obesity. I had always feared putting on weight and so I quickly asked Him if I would become thin again, to which He replied, “In time.” The moment He uttered those words, I was transported to a dimension which was beyond time. In that place, I had a strong realization that it did not matter what happened to my body. As a result, when I came back to normal consciousness, I found myself sitting next to His Holiness Dr Athavale and somehow the fear of being obese had left me.

A couple of years later, as His Holiness Dr Athavale had said, I swelled to 95 kgs within the span of just a few months. I had absolutely no control over the food that I kept eating and my appetite was insatiable. People who knew me as a model were unpleasantly surprised seeing my new state. When I met His Holiness Dr Athavale and asked how to overcome this problem, He said that it was a spiritual problem. I was surprised that being obese could be due to a spiritual problem. As a remedy, He gave me a chant to repeat. He also told me that I should do the satseva of spreading Spirituality.

I looked forward to the time where I would be back to my normal weight.

For 3 years, I diligently practised His guidance. During this time, I learned that being obese had its pros and cons. While I did not like being obese for obvious reasons, the pro was that from a spiritual viewpoint, I learned to ignore what society thought of me and instead nurture my inner connection with God.

Then one day when I met His Holiness Dr Athavale at His residence, He had served some of us seekers the lunch that His wife had prepared. There were 17 of us and He personally served each one except me. However, when He passed by me to serve the next seeker, I did not feel hurt as a voice within told me that I was not supposed to eat and that this was a blessing. After a while He came back to me and gave me a tiny bowl of just 12 grapes. Again, the voice within told me that I was to eat only 12 grapes per day.

I was able to follow this diet with the greatest of ease and surprisingly experienced no hunger pangs, no headaches or dizziness. On the contrary, this new dietary regime was quite blissful. I felt like I was floating during this time and I had a light feeling within. Even though I went about my normal work life and social life (including parties), I would not get tempted to eat. On the 16th day I experienced some hunger, so I slowly began eating. At that time, His Holiness Dr Athavale gave me a five litre can of Kokum juice (from a type of plant found mainly in India). I had mainly that for the next few weeks. I went from 95 kgs to 63 kgs in a span of five months. It was quite amazing to me that this weight loss happened easily and with no pain at all. All this happened just ‘in time’ as I was due to leave for the US with the purpose of spreading Spirituality.