1. His Holiness Dr Athavale knowing the spiritual capabilities of a seeker 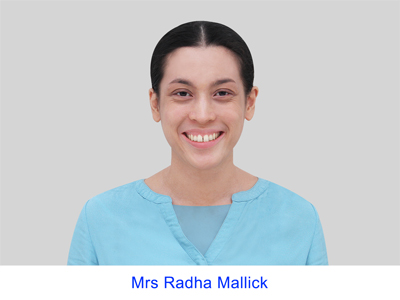 After spending 6 months in the Spiritual Research Centre and Ashram, Goa, India in the year 2012, I was about to return to Canada. Before leaving I had the opportunity to meet His Holiness Dr Athavale in His room for a satsang. In this satsang He told me that in 2-3 years my spiritual distress will reduce greatly and I would be traveling to conduct SSRF workshops in the future. At that time my spiritual distress was very high and one of the symptoms was extreme exhaustion.  As a result, I could barely walk or complete my own chores, so naturally it was a surprise to me when He said this. I also had no experience conducting public lectures or workshops. I did not know how this would be possible, but I thought that I will just continue to focus on my current efforts in spiritual practice and spiritual healing.

In 2015, just as He had said, my spiritual distress reduced greatly and I was able to travel across Canada and the USA on tour to conduct SSRF workshops for the first time. Through this experience I realised and learned how the Guru Principle knows everything in a seekers’ spiritual journey. His Holiness Dr Athavale continually encouraged me and developed my faith in God and in spiritual practice. It is only due to the Guru Principle through the medium of His Holiness Dr Athavale, that I have been able to overcome various obstacles in spiritual practice, including my spiritual distress, and experience more Bliss and communion with God.

2. Eczema since childhood greatly reducing after His Holiness Dr Athavale said, “You are cured.”

Since childhood I have suffered from eczema and despite trying Allopathy, Chinese medicine, Homeopathy, Acupuncture and many other treatments, it would not get cured. After starting spiritual practice in 2009 with SSRF, my skin began to flare-up periodically all over my body. The flare-ups would escalate to such a severity that I had to take the help of other seekers for basic chores. When the flare-up escalated, I would take a strong course of Prednisone (a steroid) to calm it down temporarily.

In 2014, I had another full body flare-up and the Doctor-seekers at the Spiritual Research Centre and Ashram, Goa, India suggested that I try Ayurvedic medicine and Acupressure, which helped to some extent. I was also seeing a local skin specialist in India. Since I had been taking Prednisone regularly throughout my life to calm the eczema flare-ups, it was becoming less effective and instead its side effects of swelling, weight gain etc. were increasing so much that this medication was no longer an option for my treatment. The skin specialist recommended that I take a new drug called Cyclosporin to suppress my immune system as my condition was becoming more and more severe. However, this drug is toxic for the body and could potentially be harmful for my health. Despite the risks, there seemed to be no other option.

I tried to make efforts to accept my situation and I began to think that I may have to live like this for my whole life.

A few days before I was to start the course of this new medicine, suddenly on its own, my skin began to improve and the rashes reduced by 20-30%. Due to this change, I decided not to take the toxic medicine. I happened to meet His Holiness Dr Athavale for one satsang and He inquired about my health and skin condition. He then told me, “You are cured”. Around the same time, I was also prescribed a specific set of mantras to recite for my eczema by a Saint of our organisation.

Soon after, my skin condition started improving. In 2016, before returning to Canada, I took guidance from the same Saint who had given me the mantras and He revised the mantras which I could recite to further overcome my skin condition. Within 4-6 months of reciting these mantras daily as a part of my spiritual healing, my skin condition improved by 80-90%. When I returned to the Spiritual Research Centre and Ashram in Goa, the seekers living there could not recognize me as the usual rashes on my face and body were gone. From 2016 – 2017 I was rendering the satsevas of conducting the new SSRF Online Webinars and 5 Day Spiritual Workshops. I felt that by His resolve, His Holiness Dr Athavale reduced my destiny and spiritual distress due to which I was suffering from my skin condition all of these years. When it was required for my further spiritual progress to conduct webinars and workshops, He also took care that my skin condition remarkably improved by that time. Through this experience, I gained full faith that the Guru Principle can give the seeker the strength to overcome their destiny and progress spiritually.