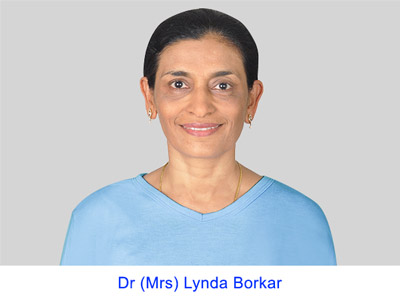 From this experience, I realised that the Guru principle knows all our fears and weaknesses. To help us overcome such fears the process used by the Guru principle may not necessarily be straightforward like some advice or guidance related to the specific fear. However just by listening to the manifest Guru (in the form of His Holiness Dr Athavale), I was able to face the fear of driving and overcome it permanently in 2 short drives.

His Holiness Dr Athavale did not know that I had been singing since my childhood. One day when I was with Him He showed me some songs that had been composed by Him and asked me to sing them. I was a bit surprised by the request as he did not know of my singing background. The songs were written in Marathi one of the local languages found in India. Though I knew some Marathi, I was not fluent in it. However, he showed me how the inspirational and devotional songs were to be sung and I practised them.

Later for the public address at Pernem (mentioned above) he asked me to sing one of the songs. It was a song that had been composed by Him called Shaktistavan (which was in praise of the Divine Mother). After singing the song many seekers came up to me and said that the environment was filled with Divine consciousness (Chaitanya) while I was singing the song.

In my heart, I knew that such Divine consciousness could only be generated because the song had been written by His Holiness Dr Athavale and was backed by His resolve. Therefore, I immediately offered my gratitude for being given this satseva and for having such a spiritual experience.

Later that year, we were planning to record the songs for a tape.  Despite His Holiness Dr Athavale not being formally trained in music, when I rehearsed the songs in His presence, He would patiently guide me on how to sing every note, so that the songs emitted positive spiritual vibrations. Never once did I feel any impatience from Him even though it took me some time to perfect a certain tune.

I also remember another incident where the tune to one of the songs was not set, so He has asked me to compose the tune. I told Him that I was not good at composing tunes, to which He said, “Just pray and it will come to you.” I held the paper with the lyrics in my hands and prayed, after which the tune came to me in a flash.

Editor’s note : The resolve of a Saint of a higher level (like His Holiness Dr Athavale) is one of the most potent powers in the Universe and far outweighs any physical power.

3 The omniscient Guru and his unconditional love

When I visited the Spiritual Research Centre and Ashram in July 2008, I wanted to meet His Holiness Dr Athavale as I always had in the past. However, this time due to some reason right till the end of my stay I had not been informed about when I could meet Him. Finally, the time to leave had come and I was restless about not meeting Him.

That day when I went to collect Holy sacrament (prasad) for other seekers in my city at that very moment He came out from an adjacent room. Tears welled up in my eyes and I said, “I thought that I would not meet You this time.” He replied with His usual smile (that melts all seekers’ worries away), “I too thought that I should just open the door.”